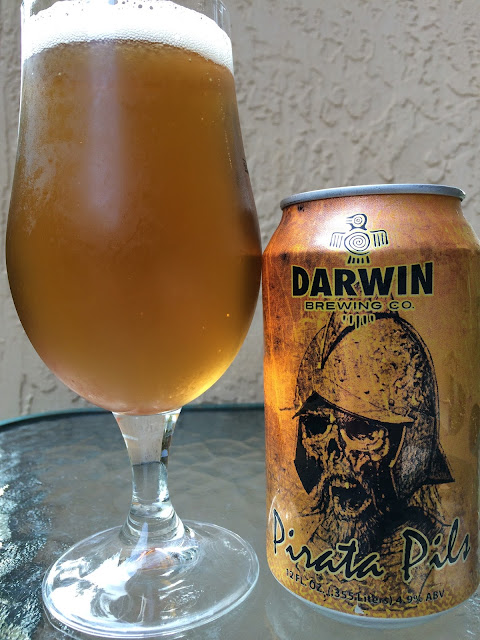 About a year ago, Bradenton's Darwin Brewing launched their beers into distribution in Southeast Florida. I had the chance to try a bunch of beers that night, but none were packaged for drinking alone at home. Darwin Santa Maria is the namesake of the brewery, though they have incorporated a Charles Darwin Finch into their theme, along with their "Andean Influenced Beers" tagline.

Well, some of their beers are finally being canned and distributed here in Miami too, and I picked them up this afternoon. I started with Pirata Pils, "an authentic German pilsner" and probably not one with too much Andean flavor. What a terrific design on this can! Skeleton pirate with head armor is all pissed you're not buying more Pirata Pils! 4.9% alcohol.

The lingering toast flavor and bitterness are great, though I wish the bitterness was a little sharper. I could easily down a lot of these and my wife LOVED it! Grab a sixer! 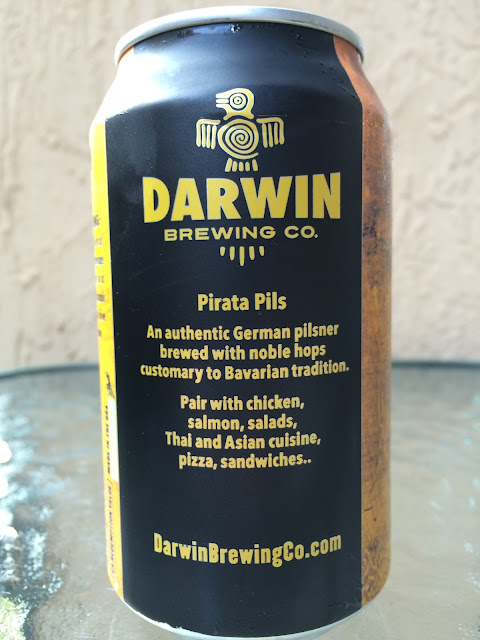