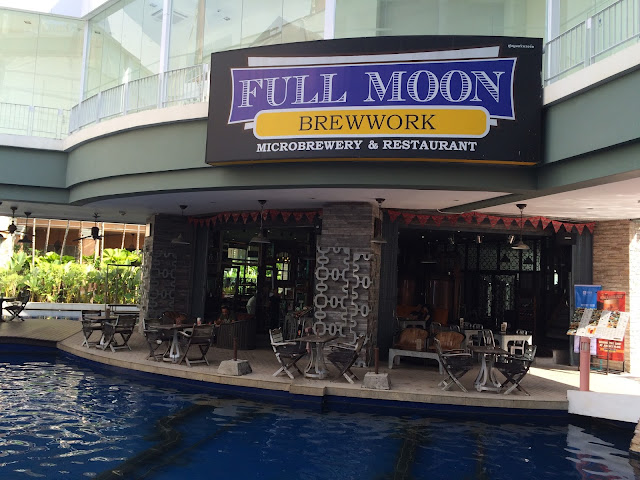 My wife and I spent a free day (on our vacation, LOL) in Phuket, Thailand exploring the Patong Beach area, known for its rowdy nightlife. That's precisely why we arrived at 11 am and left at 4 pm!

Right near the shopping area where our hotel shuttle dropped us off were two billboards advertising Full Moon Brew Work's Chalawan Pale Ale. But the ads gave no address or directions on how to get there. The hotel concierge in front of the signs gave us wrong directions (and later we saw it was 50 yards from where he was standing. LOSER!!!).

Anyway, we explored the beach, Tiger Bar, did souvenir shopping and headed back to our designated meeting area. That's when we saw Full Moon Brew Work was in the shopping center adjacent to our pick up.

We sat down at the bar but quickly decided we didn't have enough time (the 1030 pm return bus was full and yeah, 1030 pm anyway), so we grabbed a sixer to go along with a dozen or so pictures. I couldn't use my credit card because I didn't meet the 500 Baht minimum yet still had to pay approximately $14.40 for my pale ale sixer! 482B at 33.5B/dollar! That's more expensive than my retail of Stone Pale Ale sixers and you know how kick-ass that beer is! 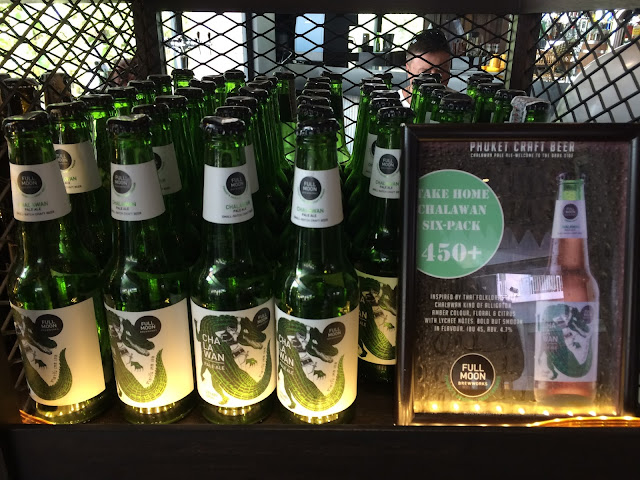 Anyway, I took some pictures of the place. Seemed cool. They had some other renown beers in their coolers too, as well as other taps. Maybe next time in the area I'll get to try them.

Chalawan Pale Ale (after I begged for some ice to chill it at the hotel).

Chalawan is the Alligator King and also a womanizer. And I thought I heard it all living a few miles from the Everglades! From their website (their Facebook is failing), "Chalawan Pale Ale is a good thirst quencher and flavorful party beer." 4.7% alcohol. 330 mL bottle. Electric sparkly green gator and a dangerous chick adorn the label! 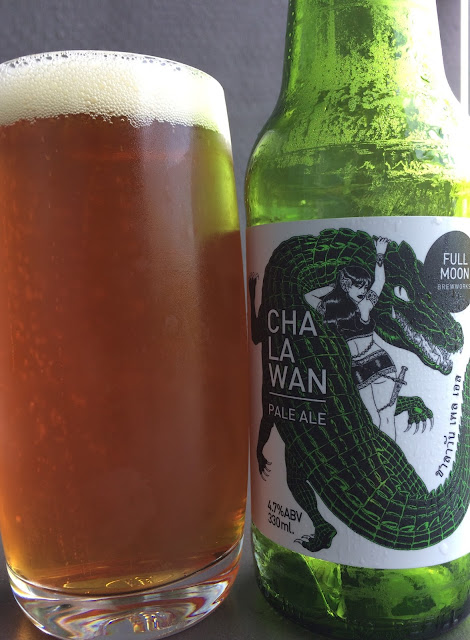 Light fruitiness to start backed by lots of pine and citrus bitterness. Light medicinal character with some astringency. Dry at the finish. Very refreshing in repressive heat! Also totally different to the omnipresent Singha.

Good intro to this country for a craft beer and pale ale, though nowhere near at this price. Granted, this joint was in tourist central, but retail take out was not a good price. And I also saw the beer in a deli at the airport for $6 a bottle, 2.5 times the already jacked up airport rate of Singha. 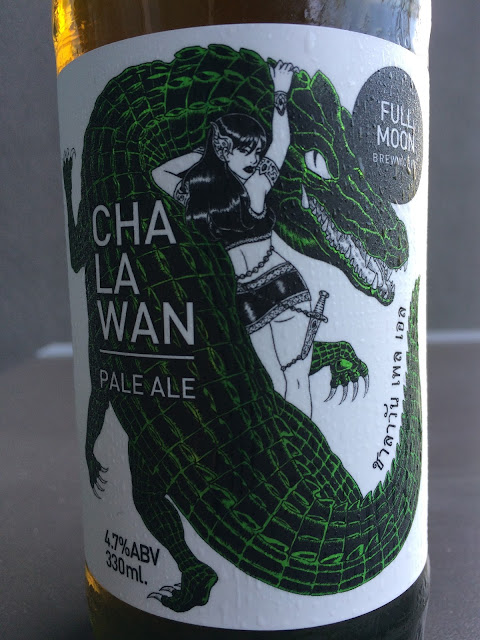 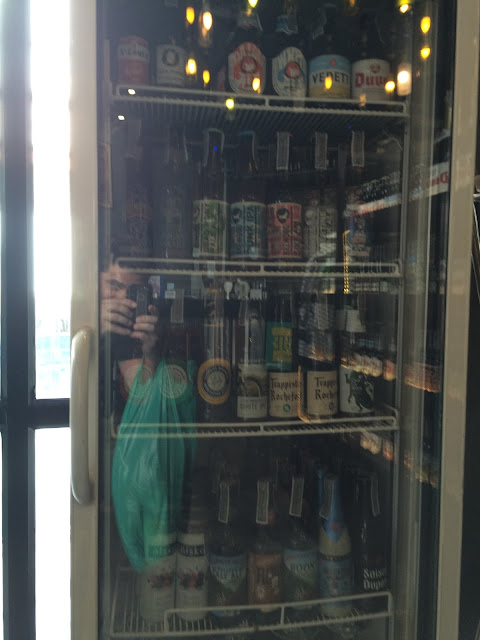 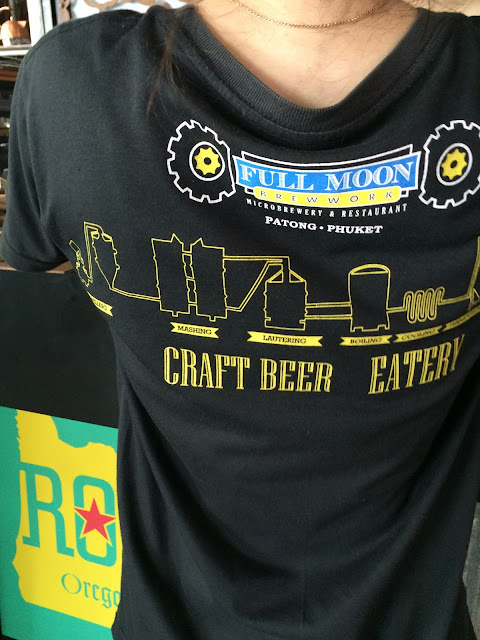 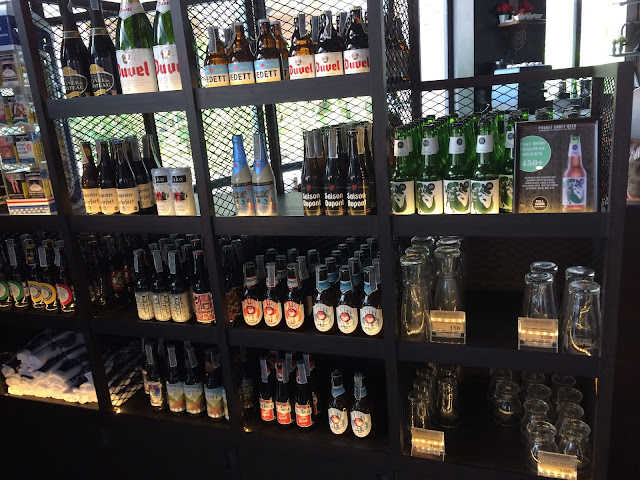 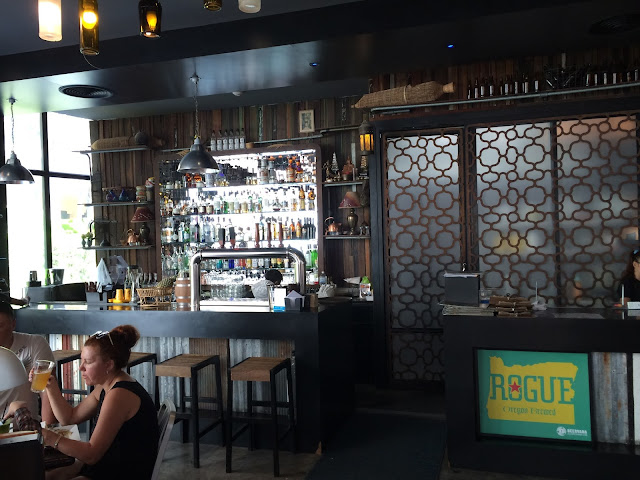 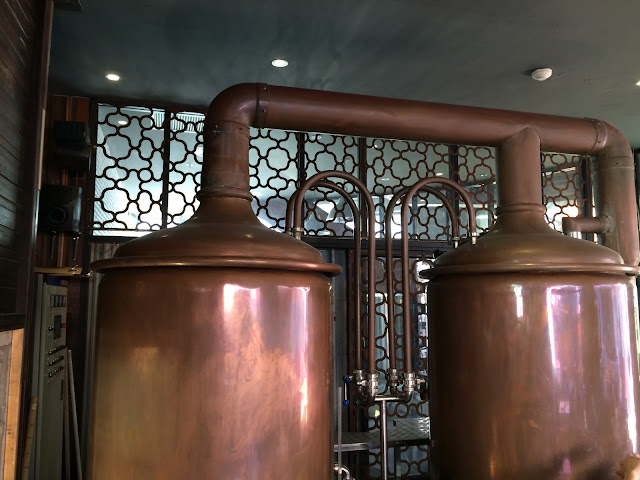