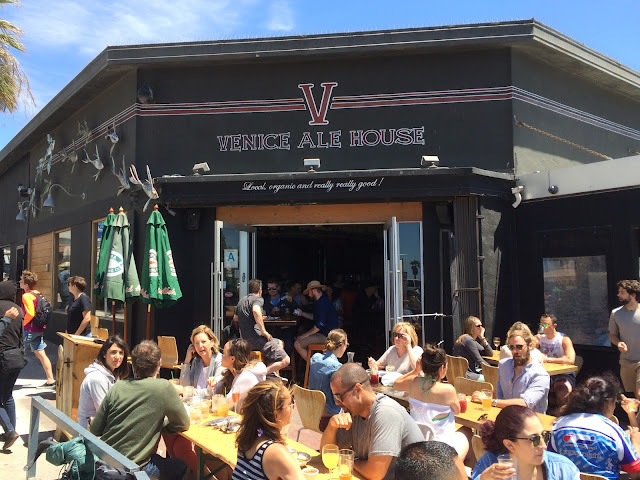 Los Angeles in April should be hot right? NOPE! Goddamn, when the uber driver left us in front of Venice Ale House on Venice Beach, it was windy and chilly, like 60 degrees at lunch time!

Anyway, this isn't going to be long. This joint had a great tap list and a really neat twist on a flight of beers. Considering the famed local Skate Park, Venice Ale House offered a "Skate" of beers which could be 4 or 6 or 8 in a few different sized pours too, served in a retired skateboard. I think the dudes next to us ordered a full skate, like 12 beers! 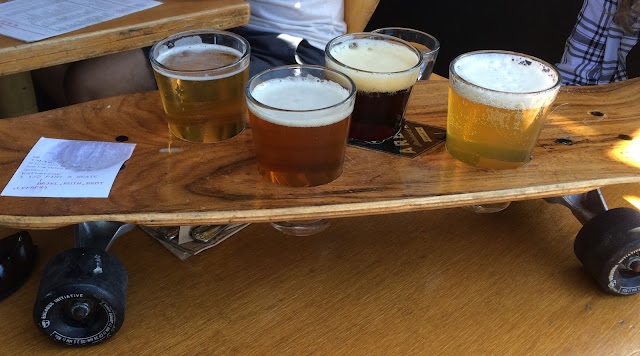 My wife and I had 4 half pints, and though I had tried 3/4 of them many times before, fresh and local was awesome: Mendocino Dr. Jekyll Kolsch, Stone Ruination, North Coast Brother Thelonious, Green Flash Le Freak!

We had a great burger, all organic and California and stuff, too.  Oh, and the bathrooms had pretty cool male/female skateboard themed identifiers as well. The end (except we walked to Firestone-Walker Brewery on the way home, another story.)

That happened after a walk on the beach though! 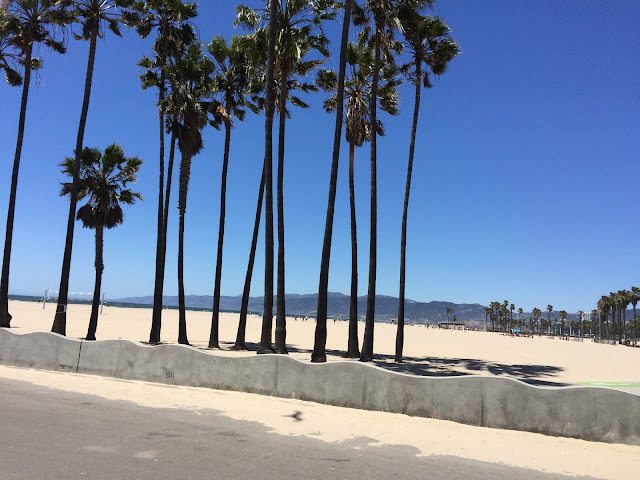 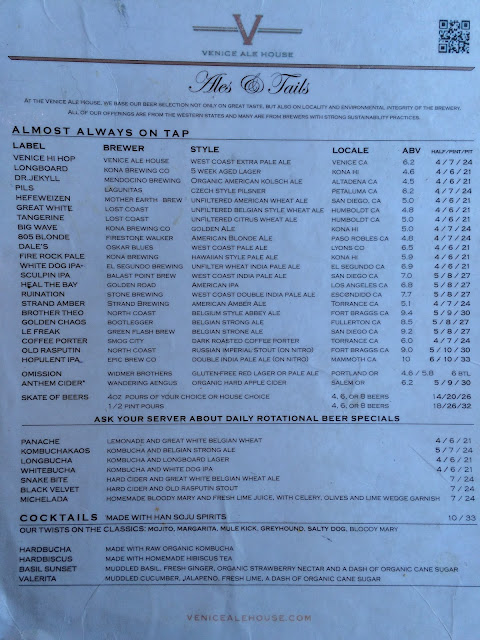 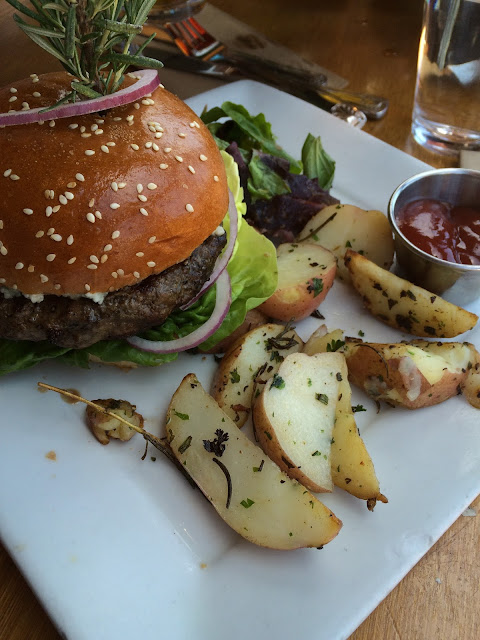 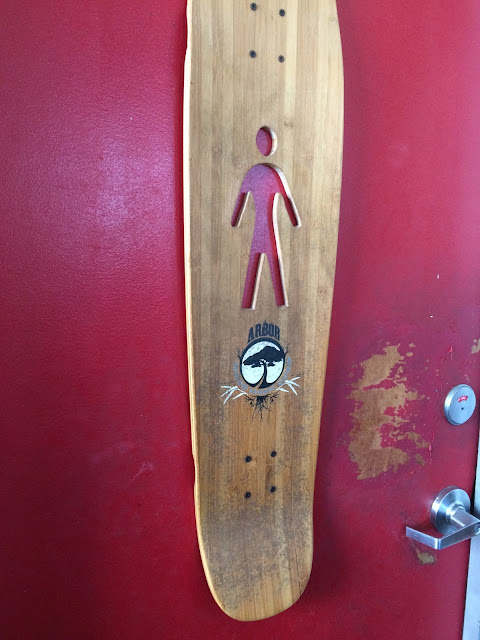 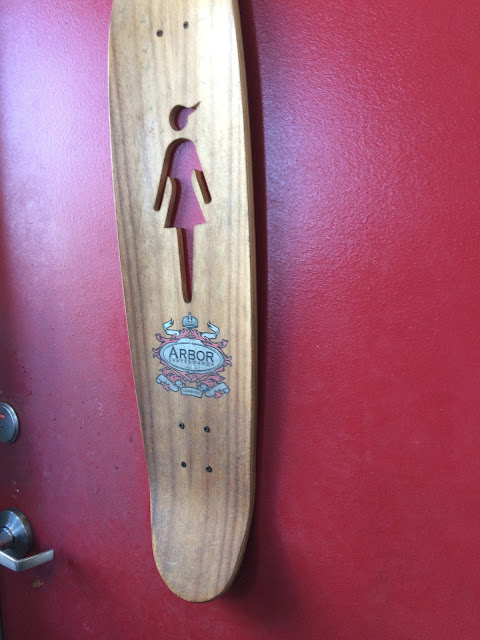