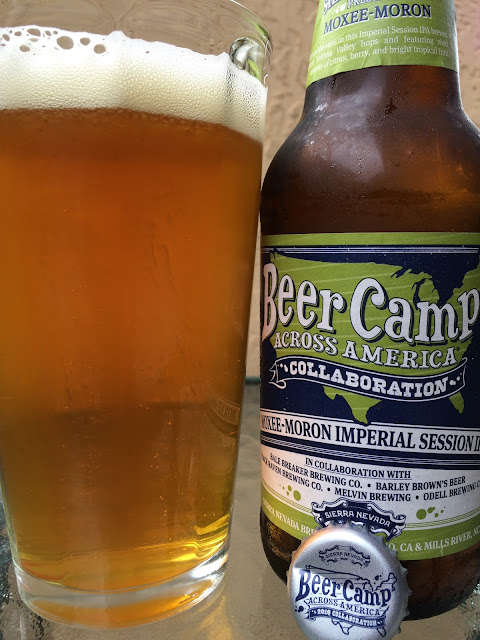 My guess is that these guys don't respect the traditional ultra-low alcohol label required to be called a session beer. But for real, 7.5% isn't session by any definition. So when the team was brainstorming a beer name for their oxy-moronic name, the guys from Sierra Nevada reminded them that Moxee, WA is in Main Street Yakima Valley! And there's your name: Moxee-Moron Imperial Session IPA! 70 IBU. PKGD 04/05/16

Citrus and tropical orange aroma. Similar flavors to start, tropical orange and citrus. However, there is also a resinous, dank, fresh bitterness that accompanies that brief sweet start. Spicy, peppery. Some alcohol and dryness show at the finish as well.

Little balance, as promised, a hop bomb. "Weed like" resinous aftertaste lingers until you wash it away with your next sip! One of the best in the box. 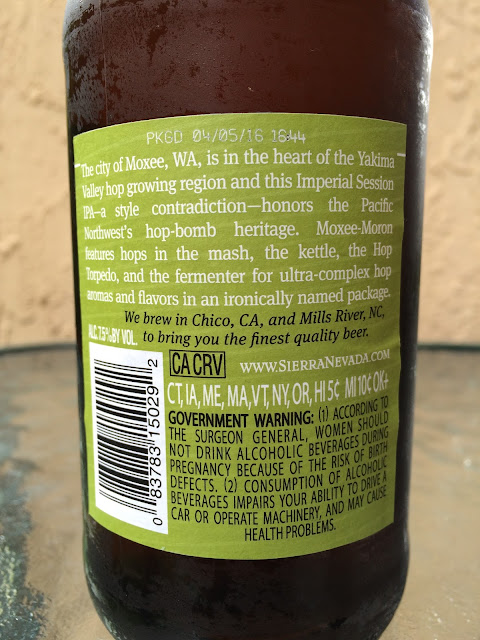