A Visit to LauderAle Brewery and Tap Room 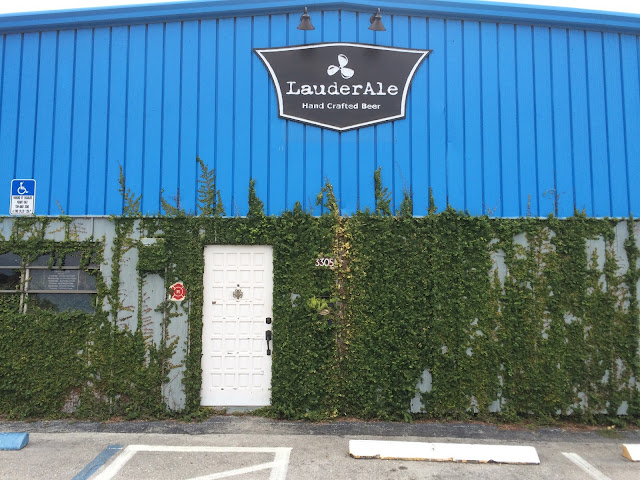 This past weekend, my wife and I took advantage of Camp Grandma and did a mini brewery tour of Broward County. Funky Buddha for lunch and beers, 26° Brewing in Pompano, Banjo Brewing in Pompano and LauderAle in Fort Lauderdale on the way back home! It's a fairly tight grouping of cool breweries.

Now...while this place is ultra convenient to FLL and Downtown Fort Lauderdale, it's still isolated in the middle of an industrial park near Port Everglades. Seriously, the turn left lane with zero traffic was SO FUCKING LONG without a single car that I just went for it! And the only thing happening in the park (on a Saturday) was LauderAle-ing! 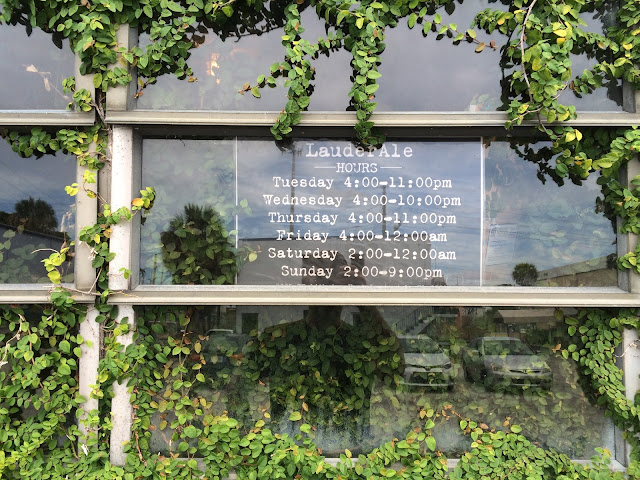 No trouble finding a parking spot! The ivy on the wall of the warehouse was growing through the windows, very cool. Outside, a bunch of people and as many fun dogs chilled, played games and drank beer.

Outside was 88°F weather. We stayed comfortable in a fan-cooled tasting room and separate air-conditioned lounge which housed the bathrooms and a few couches, I guess for an extraordinarily angry hot day. We sat at the bar and took in the scenery and beers. 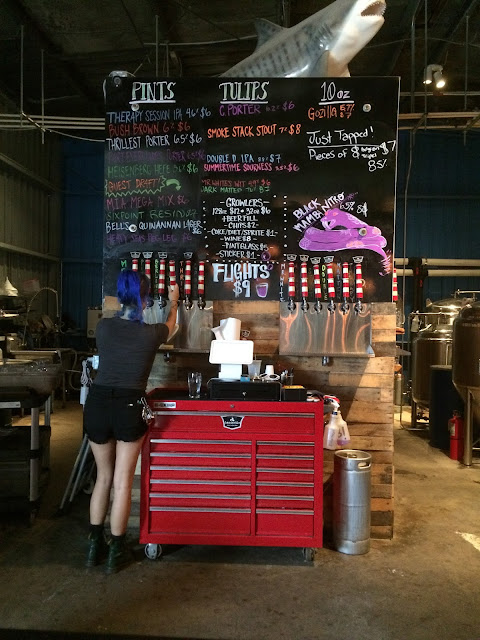 Inside, nice space with a bar and comfy seating around the tasting room. Lots of super-shiny tanks. And a big beer selection board with a shark on top!

We decided to check out a flight of beers, which were served in what I first thought was a clover leaf shaped holder but then realized it's a fan. Numbers corresponding to your selections were etched into the steel though not prominent. So yeah, I did ask once but I guess now I'll know for life how to identify the flight. 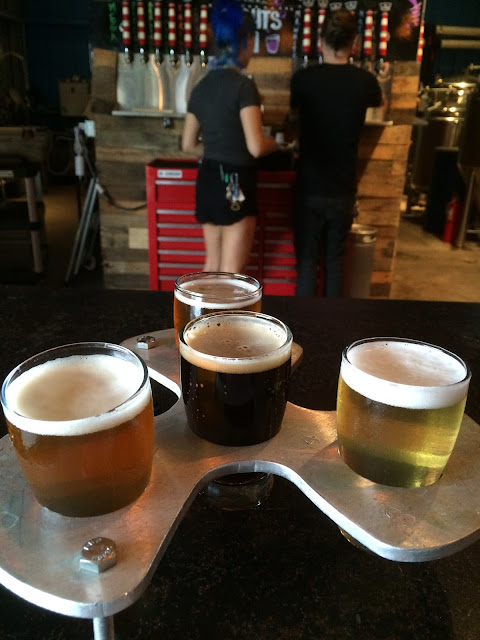 A few beers were kicked and a few on the board didn't make the menu, but we managed two unique flights to check out.

My favorites were the two IPAs, Smoke Stack Stout and Pieces of 8. Gozilla Gose is more like mini-Godzilla tart and pretty approachable. Honestly, I'd say (and I did on Twitter) that if you fly in or out of Fort Lauderdale FLL and don't stop for a beer, you're an idiot! The End. Check this place out! 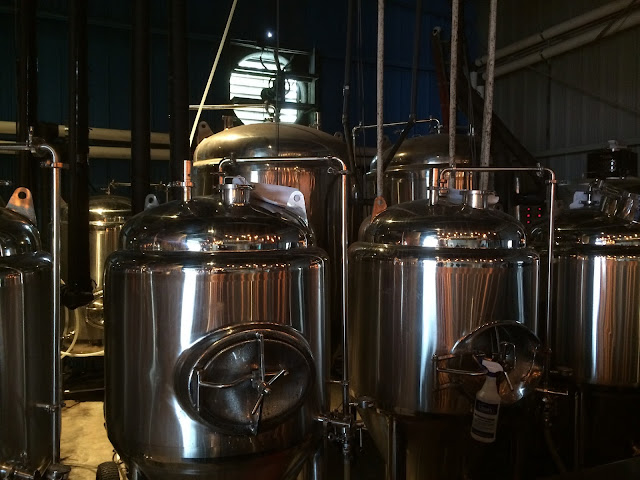 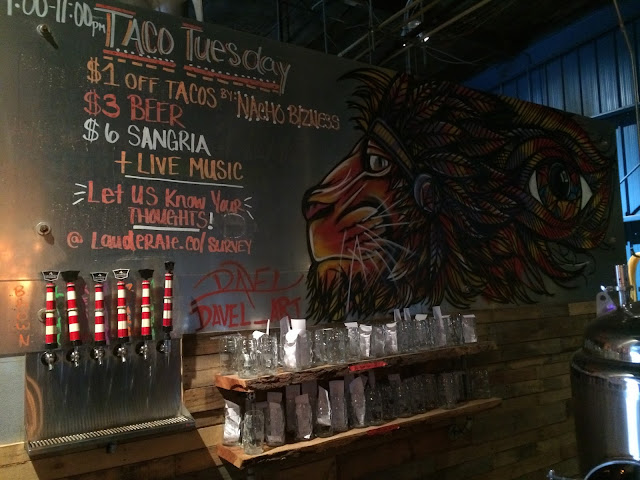 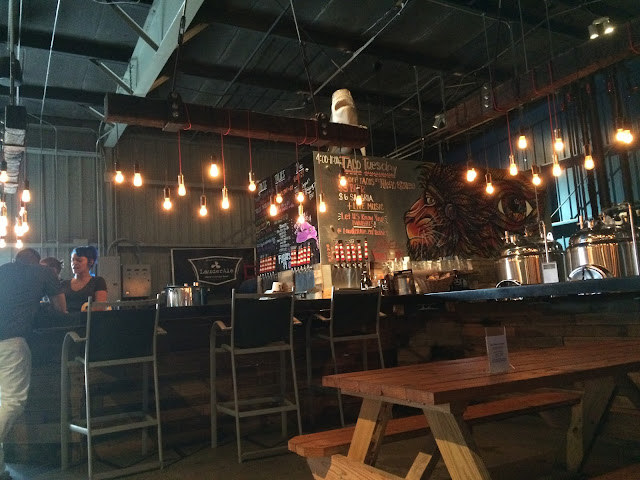 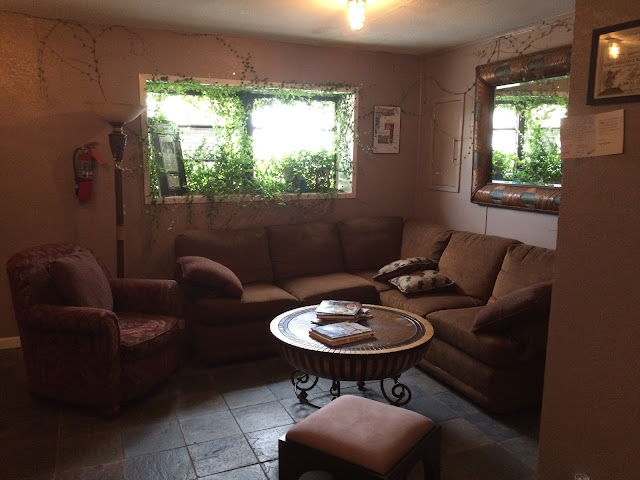 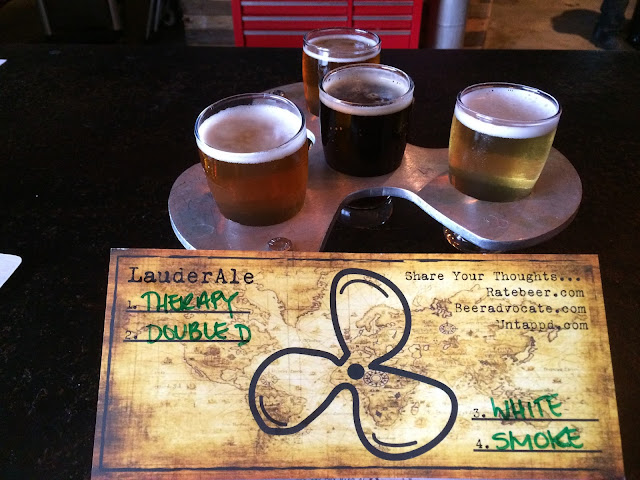 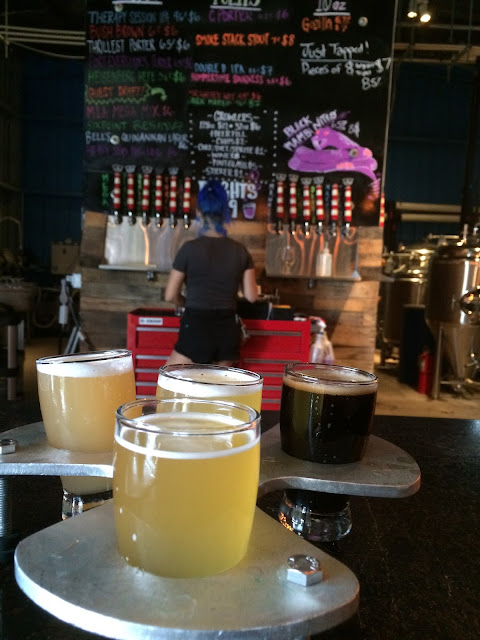 Posted by Beer Drinker Rob at 8:12 AM