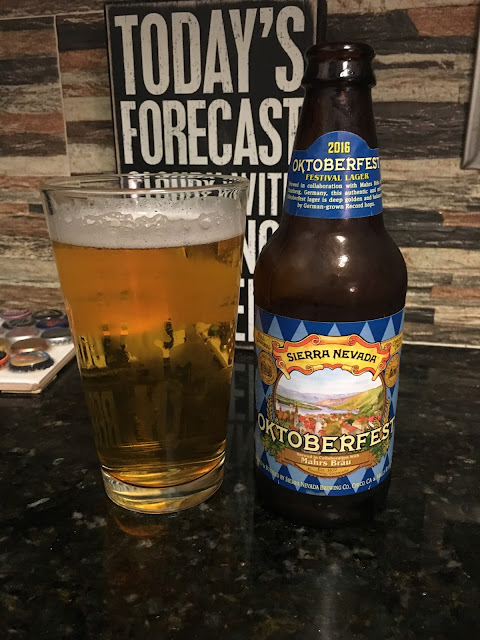 Starting in 2015, Sierra Nevada started collaborating with different German brewers on their Oktoberfest beer. This year, they collaborated with Mahr's Bräu to create what a friend of mine called, “A modern day take on an authentic German Oktoberfest beer.”

For the 2016 Octoberfest, Sierra Nevada and Mahr's Bräu went with what they call a “nearly forgotten hop” called Record. The color is slightly darker golden, and the flavor is definitely ‘spicier’ than a traditional Oktoberfest beer. I get what my buddy, a big time beer junkie, means when he said it’s a modern version of a traditional German Oktoberfest beer.

It’s a little maltier than a standard beer, but not quite nearly as malty as an average Oktoberfest beer. I’ve heard from more than one person, however, that the 2015 collaboration was better than this year’s. I think both are different and unique, and this one is definitely a newer take on a traditional Oktoberfest.

The bottle is pretty cool, with artwork depicting a small German town next to a river and some mountains. The back says, “We’ve partnered with Mahr's Bräu, one of German’s most highly regarded brewers, to create a golden-hued festival beer right here in the USA. Using traditional techniques, heritage German barley, and the Record hop varietal - a nearly forgotten German-grown hop — we’ve created the most authentic take on the style this side of the Atlantic.”

Even though it’s August, all the fall and Oktoberfest beers are coming in, and it’s making me feel like autumn is coming. Even though I live in South Florida. Anyway, this is a recommended beer! Prost! 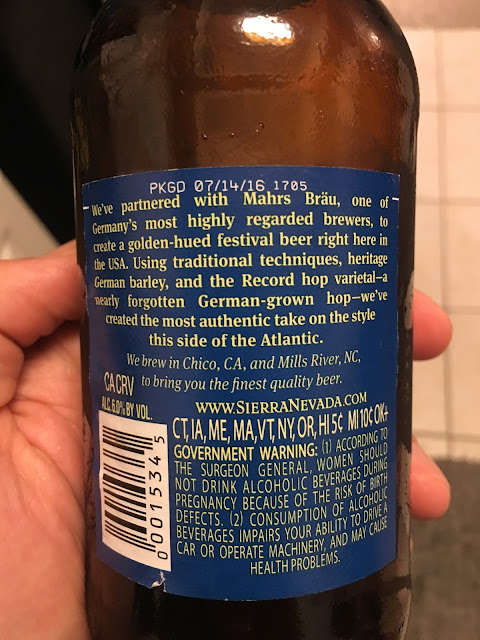 Posted by Beer Drinker Rob at 9:49 AM