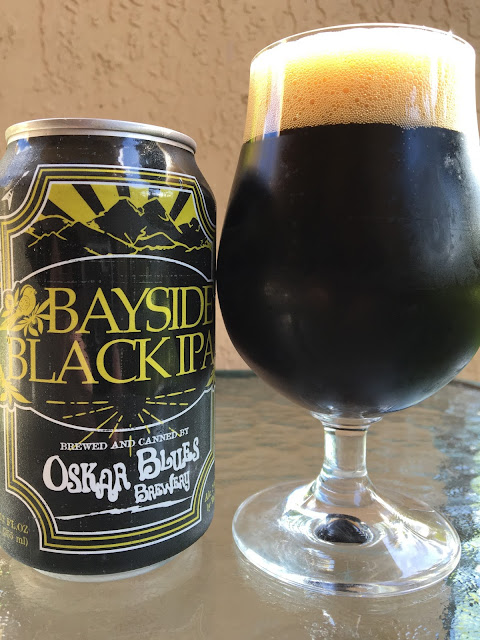 Bayside Is A Cult! According to the can. Anyway, Oskar Blues did a collaboration with Bayside and brewed Bayside Black IPA. 7.0% alcohol.

Nice and malty with an underlying bitterness. With a giant whiff, some orange citrus. Very juicy flavors to start. Bright tangerines with a nice pleasant pine bitterness.

Malty, roasty, hint of smoke in the middle. And I want to say a touch of coffee so yeah. The finish shows off much more bitterness, which lingers into the finish.

Pretty good though this isn't my style in general. However, I will say that this was voted (by both me and my wife) as best beer of the day, and that was against two other supposedly star beers. So there's that! Check it out, especially if Black IPAs are your gig.