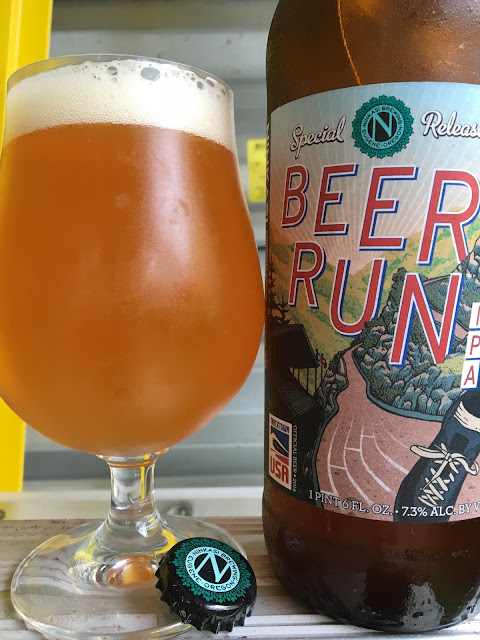 Ninkasi Beer Run IPA is one of those Total Wine Brewery Direct Beers (in Florida). I didn't even see this beer when they must have first imported it from Eugene. I bought the others but not this one...

...until I saw it on a value last-chance display for $3.99 then $1.99 per bomber. So I bought several, multiple trips, each time with register issues because of the bar code, but each time with the expectation of a (hopefully) awesome IPA.

As you can see from the pictures, Beer Run IPA made my Hurricane Shutter Series (Matthew), at least the bottle I used for the review. The label shows a mountain running trail, hardcore with bleachers at the start and finish. Speaking of hardcore running, I really need to figure out where/when/how to train for the Beer Mile. It's frowned upon in my community to carry some beers and chug them every quarter mile!

Anyway, this bomber is 7.3% alcohol. 80 IBU. I'm game for anyone that wants to set up the Beer Run IPA Bomber Mile! Changing the definition of "Beer Run" for sure!

I personally loved this beer. It's pretty simple but has an aggressive bitterness, so probably not a beer for an IPA beginner or hater. The bitterness does loosen up with some warmth but still... Very well done. Yum! 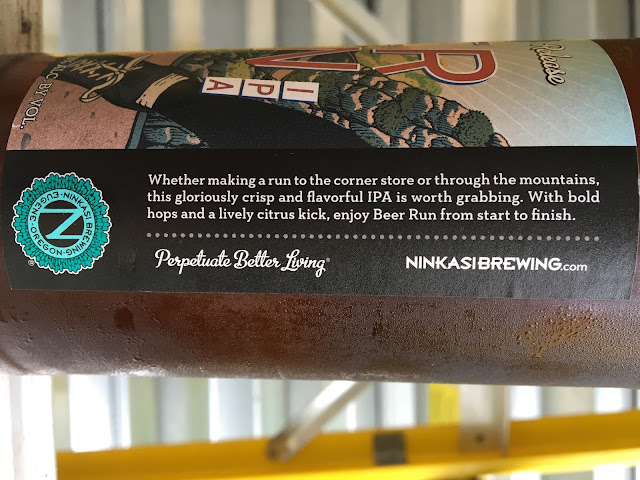 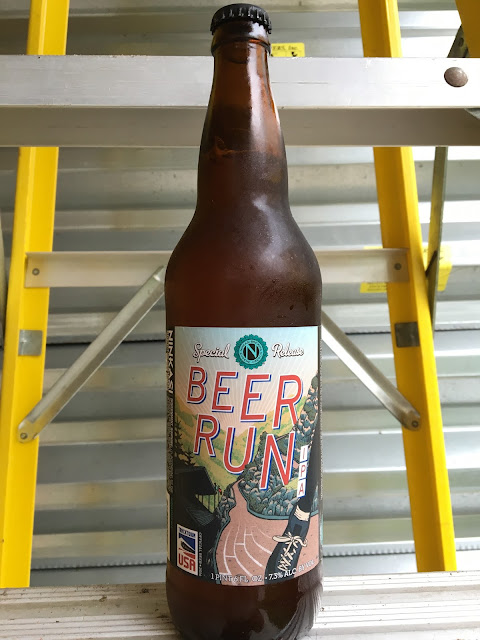 Posted by Beer Drinker Rob at 8:05 AM