Thursday night, BoxElder Craft Beer Market hosted a tap takeover with Tampa's Coppertail Brewing. The event took place in Miami's Wynwood neighborhood just as the annual Art Basel got underway. Traffic was crazy but I still arrived early, you know how I am.

When I walked in, I bumped into two guys that looked like they owned the place, one wearing a Coppertail Unholy shirt. I asked if they worked for Coppertail and the shirt one said, "I wish!" They proceeded to ask if I was there for the event and to tell me about the beers on tap. 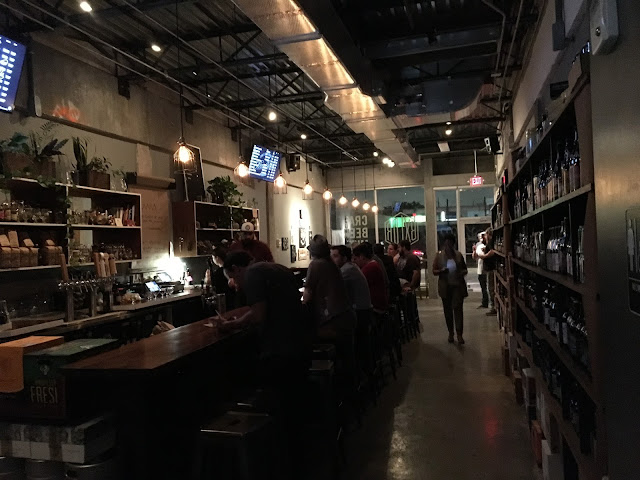 Funny story, I found out like 3 hours later that the guy with the Coppertail shirt actually is the owner. LOL. Glad (I don't think) I didn't say anything stupid. I asked Owner Adam Darnell later why he didn't tell me he was in charge from the beginning. He just laughed it off, super nice guy. I should have known too, he had too much info, beyond a regular beer geek!

Anyway, the Coppertail team arrived a few minutes late after walking over from a dinner they had before. Brewmaster Casey Hughes, Sales Director Will Isaacson, Miami Rep Jio Torres and Brand Ambassador Sam Bips came in ready to get the party started. I  recognized Sam from my February visit to the brewery!

Coppertail label artist Evan B. Harris, out of Portland Oregon, was also with the group. Coppertail sponsored his trip to Wynwood for the Art Basel celebration this year. Evan is in the process of creating two murals around the corner from BoxElder. Adam and Evan both told me that both murals are 50% done at best, so I decided to just go back and check them out when completed. If you take a picture when it's completed, please send it to me to post.

Evan was awesome to chat with. This guy was so surprised to have so much adoration about his label art. I don't think that he actually saw much of the marketing materials before his trip since Coppertail beers don't make it to Oregon. The coasters, t-shirts, posters, skate board, etc. I talked to him a long time and so many people complimented him, so humble. There were other brewery reps there just to meet him. Very cool.


As the Coppertail team got things started, Will set me up with an awesome starter beer: Unholy Manhattan, which is Rum Barrel Unholy Trippel blended with Wine Barrel Unholy, then aged on house bitters and treated with oranges and cherries! OMG so awesome!

I tried most of the options available. Stand outs for me besides that Unholy Manhattan were the Guava Pastelitos, a guava vanilla Berliner Weisse, Rum Barrel Choco Coco Imperial Stout, and Expresso Super Void, another imperial stout brewed with expresso coffee. 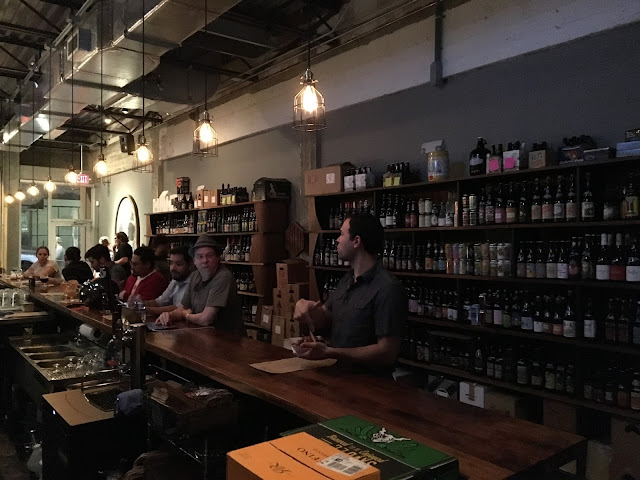 Anyway, Coppertail does have their four core beers along with some specialties bottled here in Miami. But Will told me that they work with BoxElder continuously to bring other cool offerings to this area on draft. You can also buy Coppertail (and other) bottles at BoxElder too. Stop by!

What a nice group of people and excellent beer!

Update: Here are Evan's two murals, the first at an elementary school and the second on one of the walls in Wynwood near BoxElder. 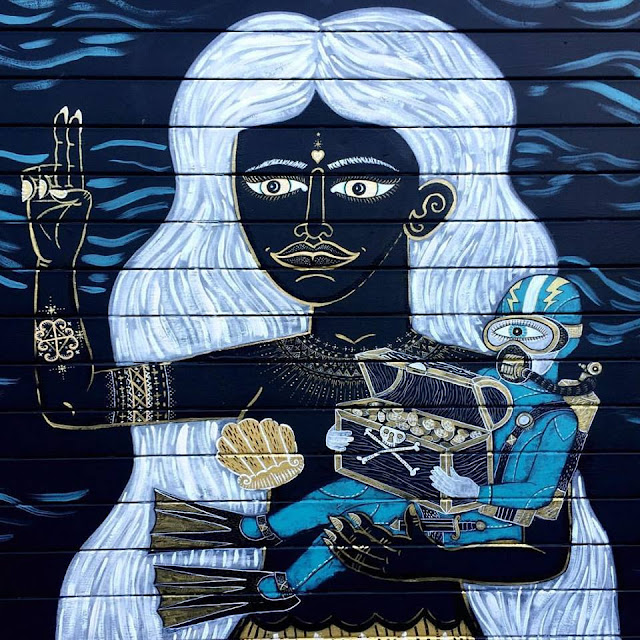 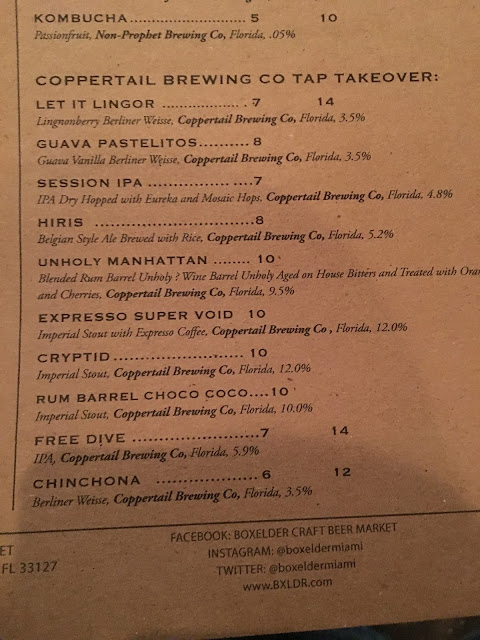