Meet The Brewer and Play Bingo with Tampa Bay Brewing 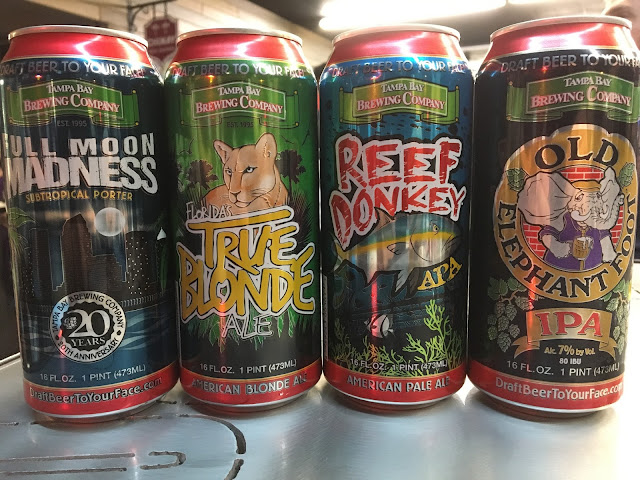 Last night, Tampa Bay Brewing Company was in the South Florida spotlight. First with a Meet the Owner, David Doble (he did say "I'm a brewer first" like 50 times though) at the Craft Beer Cartel; and second with some bingo over at Riverside Market across the street with Julian, the Beerical Gangsta himself! 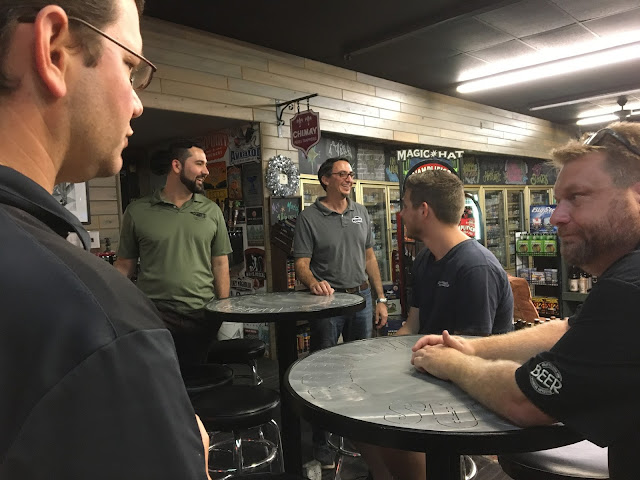 At the Meet the Owner portion, the group was small, and David told a few unrepeatable stories! Too bad you missed that. We tasted all of the beers TBBC is currently canning, of course only in Pounder Cans.

But we started with a most awesome beer  on tap, Last Days of Summer Peach Mango, a "sour" that hit the perfect tartness. Super refreshing, full of fruity flavor, just tart enough, not puckering, delicious. Tough to start off the night with the BEST BEER! The beer was discovered accidentally after one brewer covered up a mistake and then improved upon that recipe year over year. 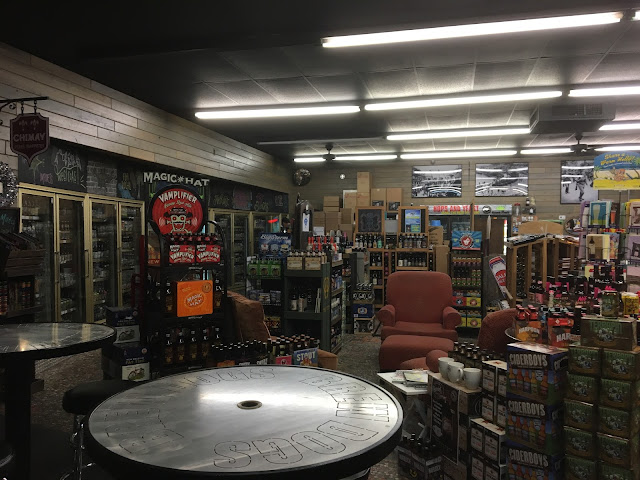 Honestly though, Old Elephant Foot was a favorite of mine until the recent introduction of Reef Donkey APA, my new bestie. The stories about the naming of these beers is also pretty fun, from an old elephant foot garbage can to fishing nicknames to superstitions about the moon. And the can art is awesome, including the red rims which hint to the well-known diving flag.

OK, later Adam. Though you should all definitely check out the bottle shop and homebrewing area at Craft Beer Cartel. Oh, and the kick-ass bottle cap floor is spectacular! 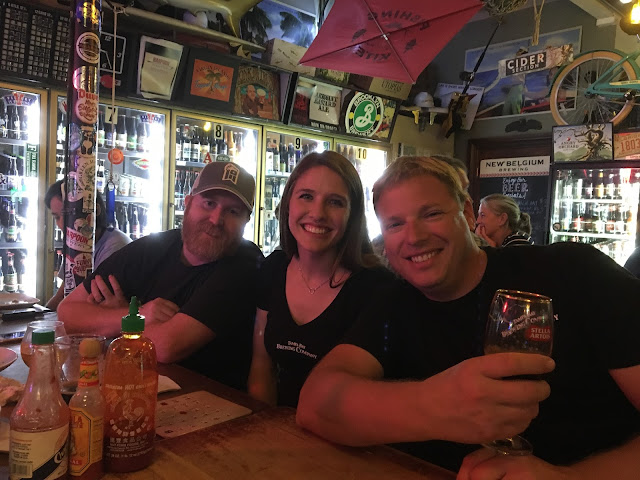 When we arrived to Riverside Market minutes later, Dan offered us a choice of two seasonal limited release beers: Egg Nog Lager and Gingy Imperial Stout. Of course the choice was which one first!

Egg Nog Lager was so rich and awesome, kind of like a pumpkin beer with the cinnamon and nutmeg and spices yet different, and definitely no pumpkin. I actually preferred the Gingy Imperial Stout, super rich and full of chocolaty goodness, not to be outdone by the ginger spicy accent. Oh and goddamn that beer is 11% of unnoticeable danger! Big and bold and beautiful! 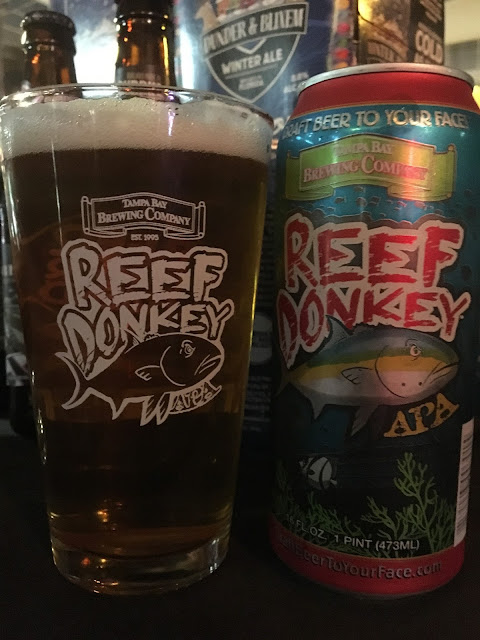 Beers! Babes (especially that spry server that pretty much told us to clear the aisles)! and Bingo! (Yeah, Bingo) Julian said they do it monthly, especially when they can get a super personality like Dan to call numbers and inject a lot of fun into the night.

So what happens when the owner of the featured brewery calls "Bingo!" first round?  Yeah, he wins a t-shirt he probably paid to have made to add to his collection. Nah, someone who bought a Reef Donkey pounder was the beneficiary! But that didn't mean David wasn't competitive the rest of the games either! 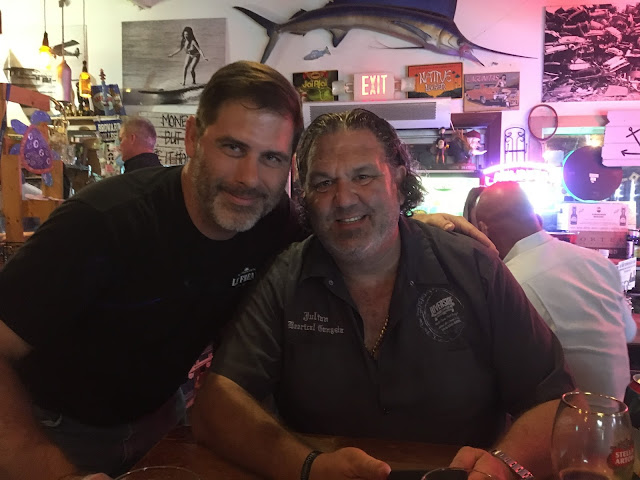 That's it. A fun night out with some great people from an excellent brewery that will be establishing themselves more locally here in Miami in the next few months. They've also opened a production brewery in the Westchase area of Tampa which allows for more distribution.

Definitely grab some Reef Donkey, which if you bother to read the can, will let you know is a nickname for a local game fish. Thanks for the invite and I'm looking forward to seeing more from TBBC!!! 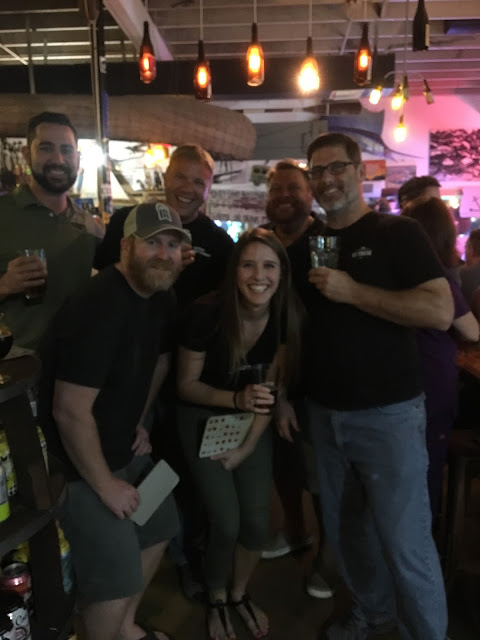 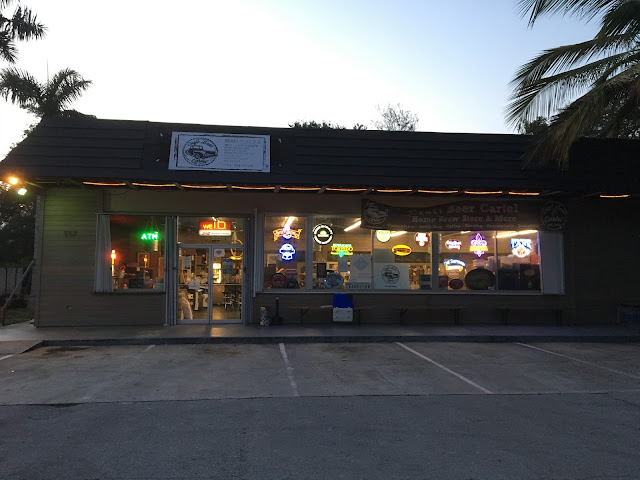 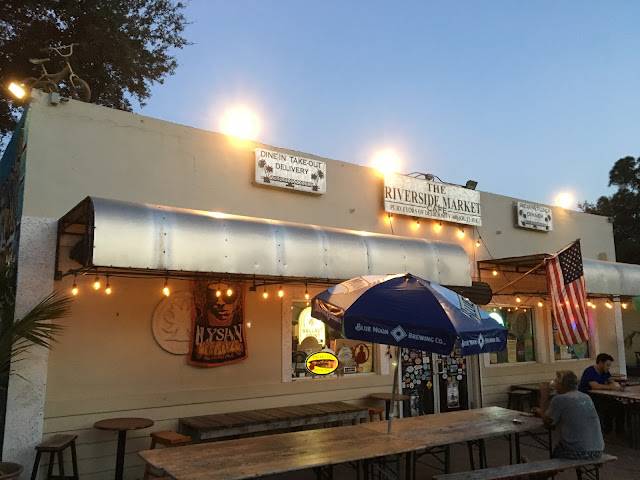 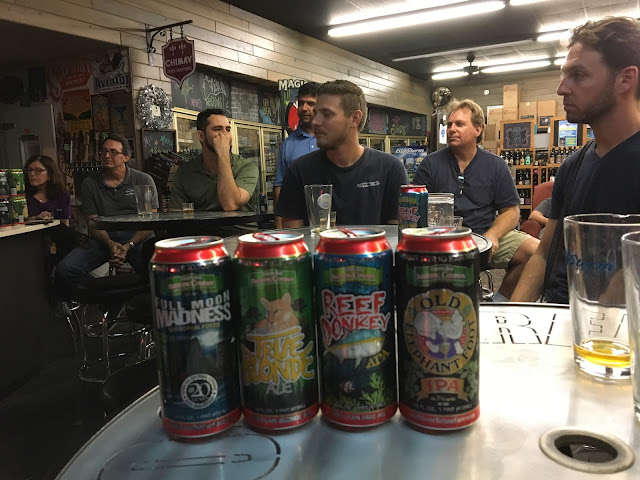 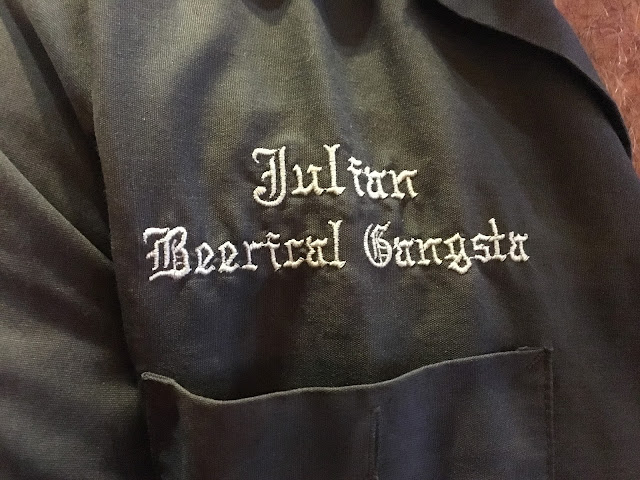 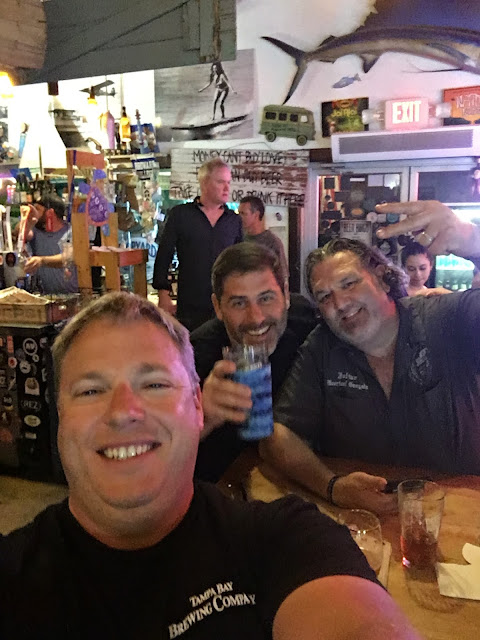 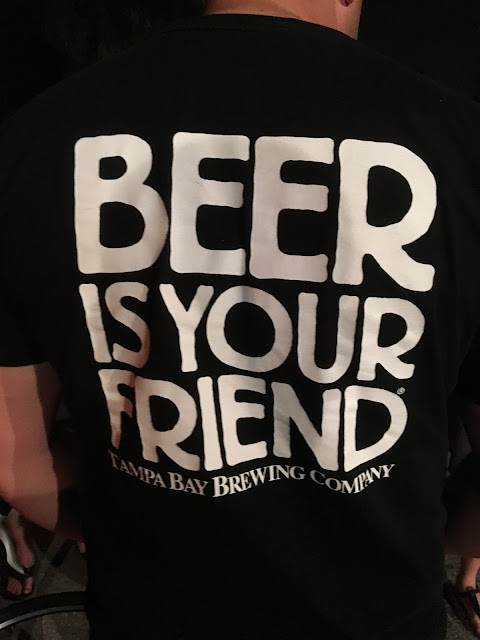 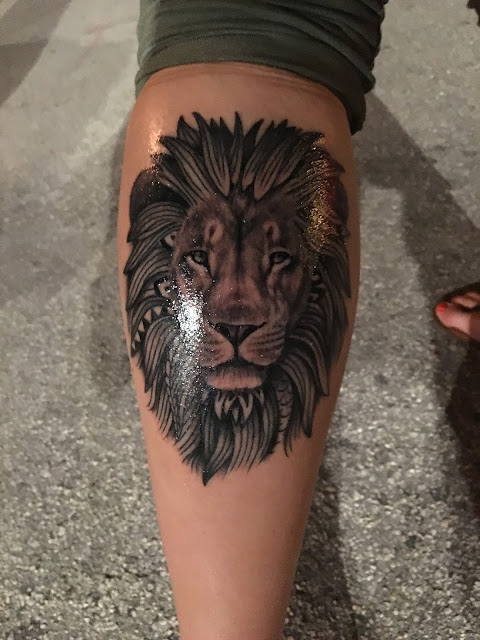