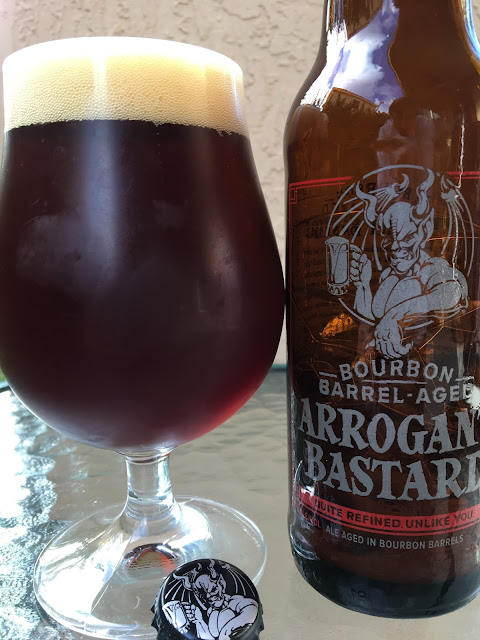 Bourbon Barrel-Aged Arrogant Bastard, "Quite Refined, Unlike You." Yeah I still bought it despite the massive Stone marketing department put-downs and them aging a great beer in a barrel I almost always hate ruining my beer (and I drink more Bourbon than you too!) But Stone is the master, so of course I'm going to try it.

Drink Fresh. I drank 3.5 months after the 08/27/16 bottling date but only one month of that was due to procrastination. The rest falls on not being available. Best part about the bottle's story, which is written from the beer's point of view... "Go tweet your precious insights about me," which I definitely intend to do.

Aroma is full of bourbon, though quite muted unlike the diatribe on the label. The flavors, however, are massive and in your face. Start with lots of the bourbon barrel character. Sweet brown sugar, vanilla, oak and woody dryness.

Follow that introduction with an enormous dose of pine bitterness, spicy and sharp. Palate is definitely attacked! There's a helluva lot going on here. But as usual, without a doubt, I prefer the original more than this Bourbon-barrel aged imposter! Let me know why I'm not worthy! 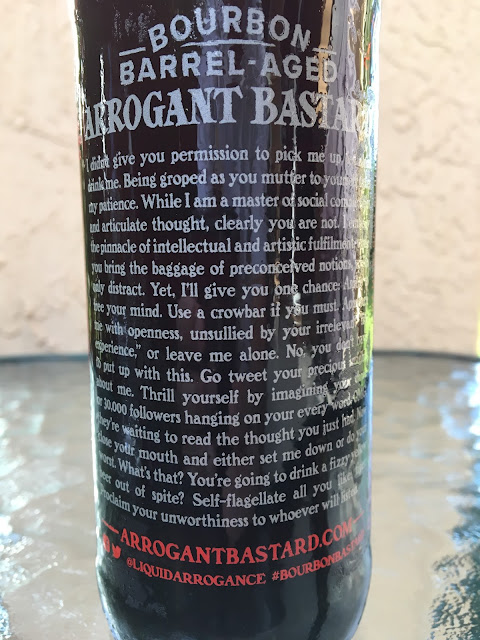