A Visit To Barrel of Monks Brewing 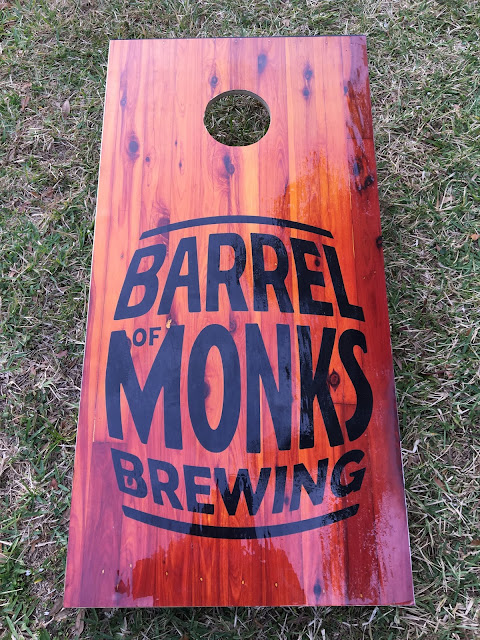 After stopping by Holy Mackerel's The Garage Project, my wife and I headed north to Boca Raton to visit Barrel of Monks Brewing. The tasting room was pretty busy when we arrived, but we managed to grab two seats at the main bar. There were plenty of other tables and couches to lounge in alternatively. The decor was very nice, comfortable, interesting lighting and other pieces.

We decided on our first flight and just as it was being served, our friend and local beer artist Rob Lloyd (who I guess followed us from Holy Mackerel) showed up. He seemed to know everyone and even asked if I wanted to meet owner Bill McFee. 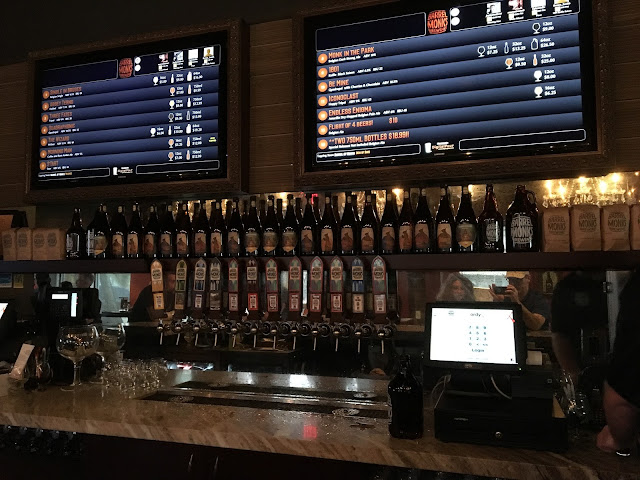 Of course I said yes and we walked over to a table on the other side of the room. After being introduced and letting Bill know what a nice place he had, I noticed he was sitting right next to my buddies Mike and Ruth from BonBeerVoyage! I hadn't seen them in a while, but very nice people! And dude, you want to go on a beer tour of Belgium and France? They are your people! They also do Asheville, California and Germany and probably other places! My wife noted that the naming of the beers is super creative. I noted that I really liked The Wizard, Endless Enigma and Iconoclast. On the way out we got a group picture with the Barrel of Monks royalty! And headed to the original Funky Buddha Lounge! What odds you put that Rob Lloyd shows there too?

Nice place. Great atmosphere. Oh, and the beer! Check it out. 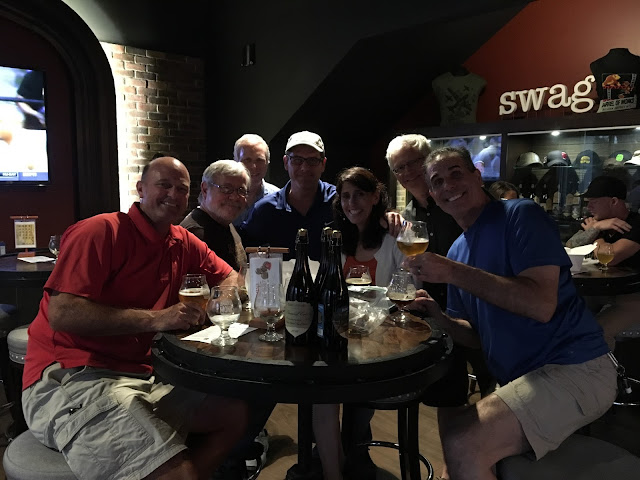 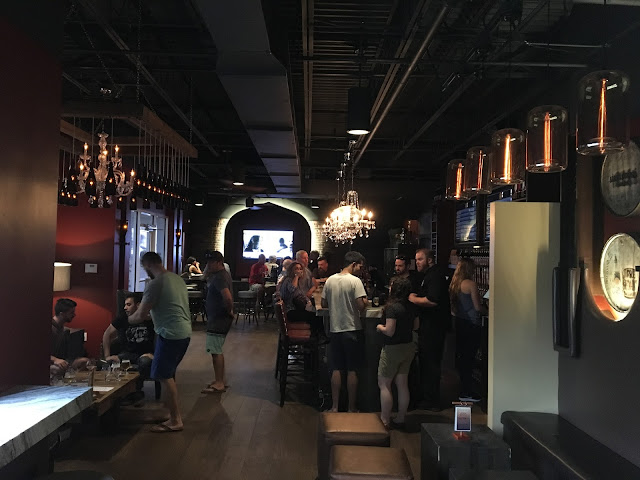 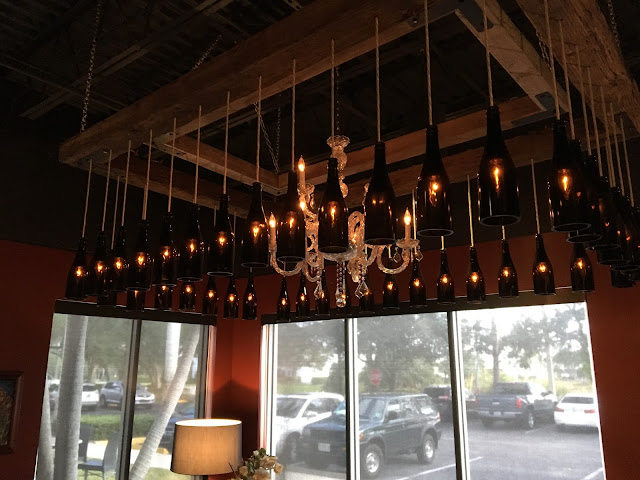 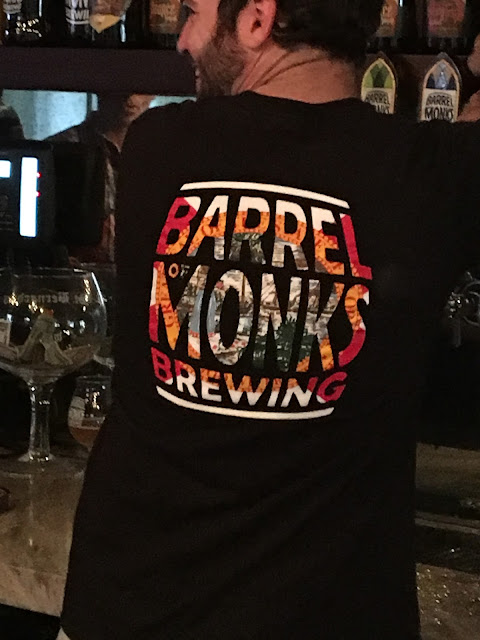