A Visit To Holy Mackerel The Garage Project 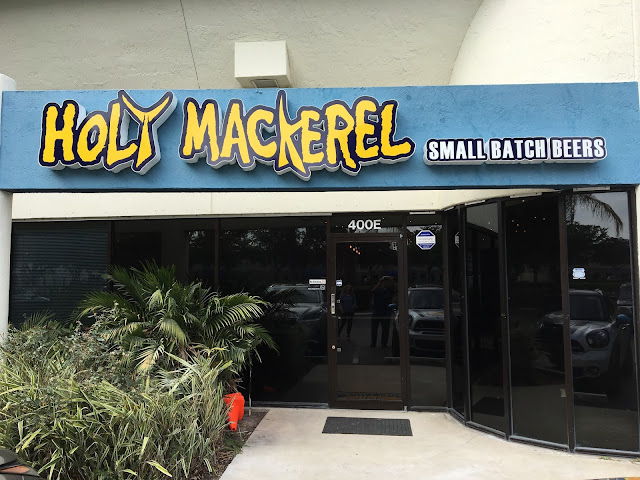 Last weekend, my wife and I checked out the recently opened Holy Mackerel The Garage Project. When we arrived, we were surprised to find that it's a block away from Bangin' Banjo Brewery. So be sure to check both breweries out when nearby! Before I forget, you can find the brewery here: 3260 NW 23rd Ave., Pompano Beach, FL.

We arrived early afternoon to a dozen or so early drinkers including local famous beer artist Rob Lloyd. Yes, he already had an original painting on the Holy Mackerel wall! Owners Bobby Gordash and Corey Brysman were both on hand, talking to the patrons and pouring beers. 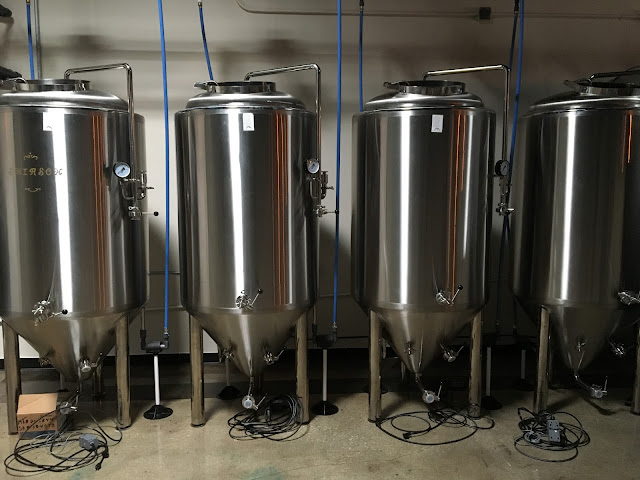 Corey showed us the brewing area in the back, separated only by a chain from the main tap room space. The space was very roomy and had a big garage door in the back with the spray painted tag line, The Garage Project, an homage to where Bobby's brewing roots began--homebrewing in his garage.

There were 20 taps with beer and one with a nitro coffee. Of course all of Holy Mackerel's beers were on tap, but a dozen or more other pretty cool beers also made the list. I like Holy Mackerel's Special Golden Ale, and of the guest choices, Angry Chair Hazelnut Porter and Civil Society Fresh IPA were terrific! 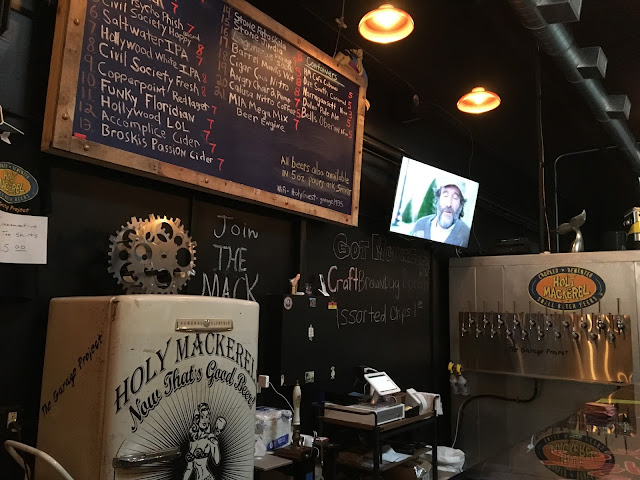 The brewery contract brews its core lineup for distribution, and this little brewery will never replace that. Rather, The Garage Project is where Bobby and Corey can experiment with new beers or new treatments to existing beers. They can create new tap room only specialties or collaborations with the growing number of local breweries.

Anyway, check them out. I can't wait to see where this goes. And best of luck to two great guys! And off we went to Barrel of Monks Brewing in Boca Raton. 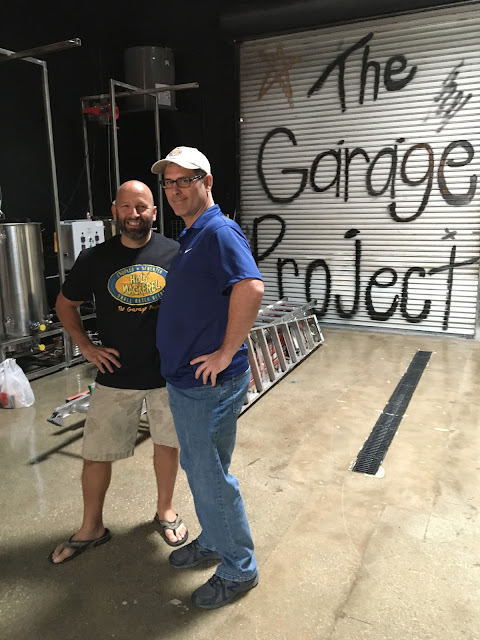 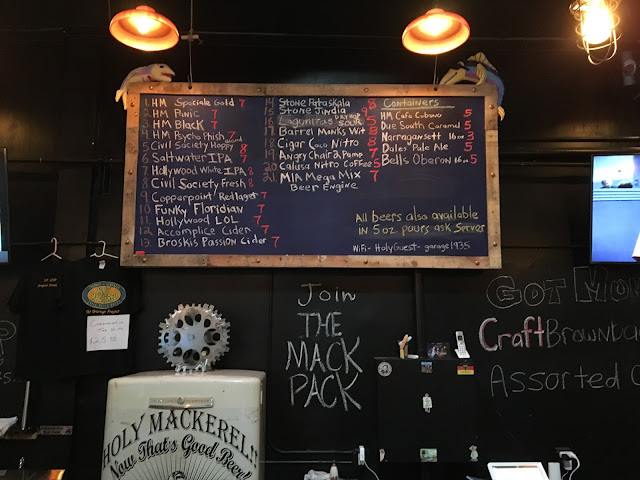 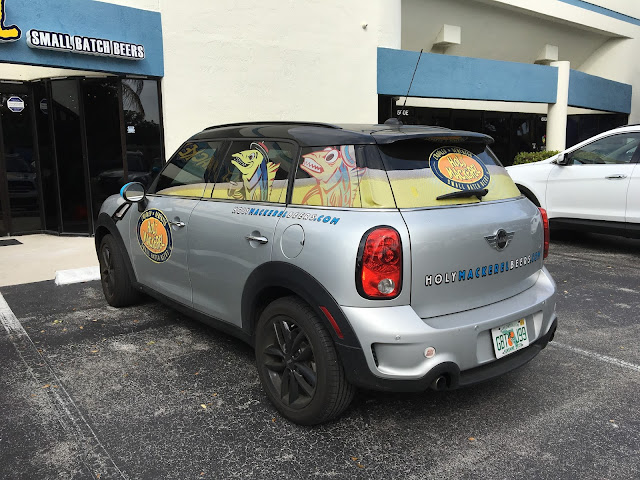 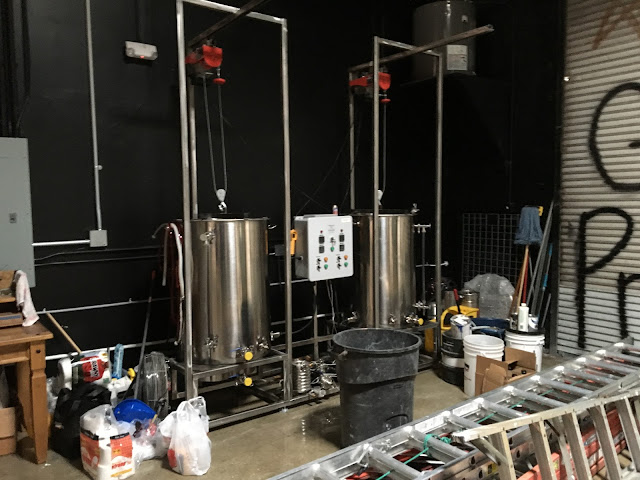 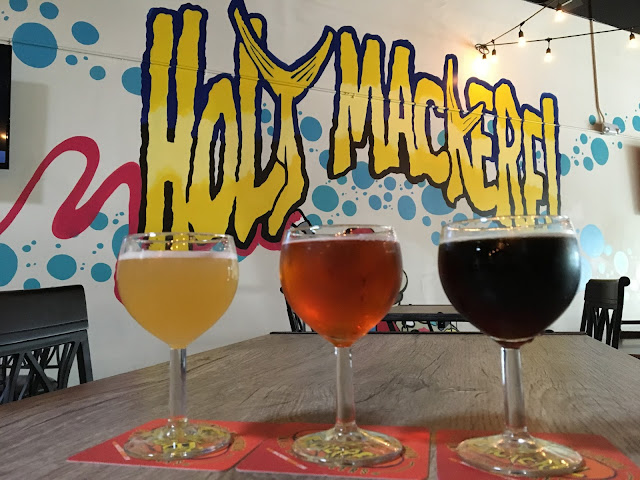 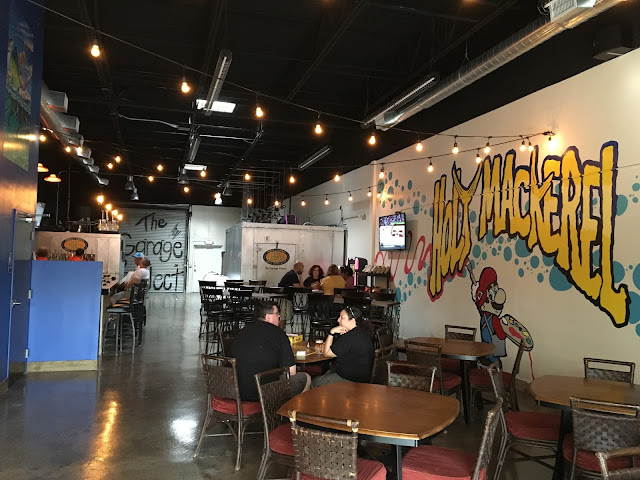 You may feel like your the principal individual this has happened to, yet carport entryway springs are a standout amongst the most approached repairs in the carport entryway industry. Garage Doors Chatsworth

This is such a great post. It was really informative as well as on to the point and I am glad that I have found it. Gate Repair Services

Thank you for this topic I am interested in, thank you for providing extremely useful information.
By the way, I have a few products you can consider adding https://besttoolsadvisor.com

Its always good to learn tips like you share for blog posting. As I just started posting comments for blog and facing problem of lots of rejections. I think your suggestion would be helpful for me. I will let you know if its work for me too.