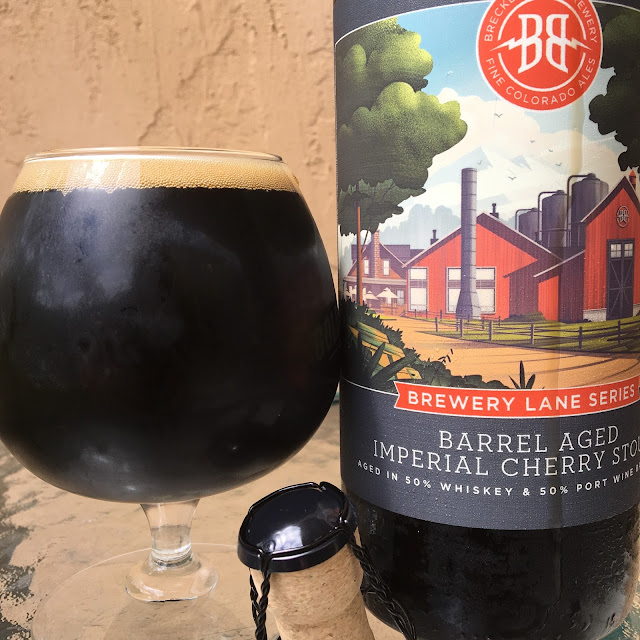 Breckenridge Brewery recently sent me a wine bottle of their Barrel Aged Imperial Cherry Stout, where 50% was aged in whiskey barrels and 50% was aged in port wine barrels. This beer is part of the brewery's Brewery Lane Series, named for where they built their new brewery.

There is a nice illustration of the Breckenridge Brewery on the label, makes you want to visit. Corked and caged. 9.5% alcohol. 50 IBU.

Cherries are the star but raisins and prunes stick out as well. And all work perfectly with the chocolate. A little alcohol is noticeable but it mostly enhances the cherries and other fruity aspects. Despite 50 IBU, this more than leans to the sweet side. I think the alcohol helped temper that though. I liked it, especially the NON-aggressive flavors added by barrel aging.