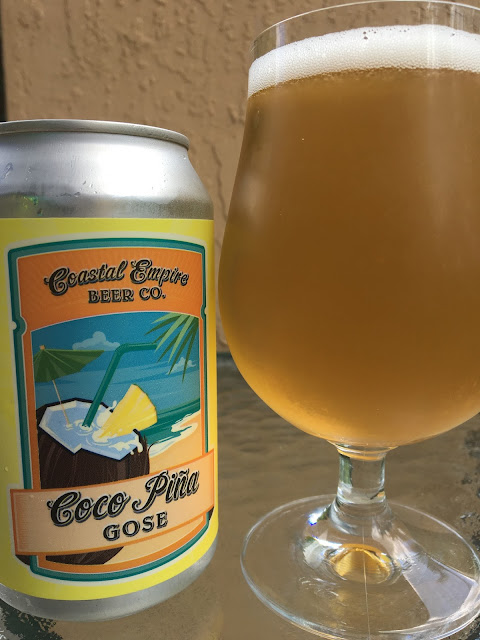 Coastal Empire Beer Co. out of Savannah, GA? A can on the shelves of Miami? I guess I better grab this  Coco Pina Gose? I linked their beer page but it said nothing about this particular beer. The label lets you know to expect a tropical take on a classic sour German Gose brewed with pineapple, coconut, pink Himalayan sea salt and sea salt.

Light coconut aroma, salty, but I really had to work for anything. I thought this was headed to tart-land from the start but that was immediately halted by sweet and oily coconut, shutting down any pucker whatsoever.

Salty, a little juicy, just a touch of pineapple with that juicy flavor lingers into the aftertaste. Coconut, however, totally coats the palate and lingers forever. Interesting take! Live! Relax! Savor! 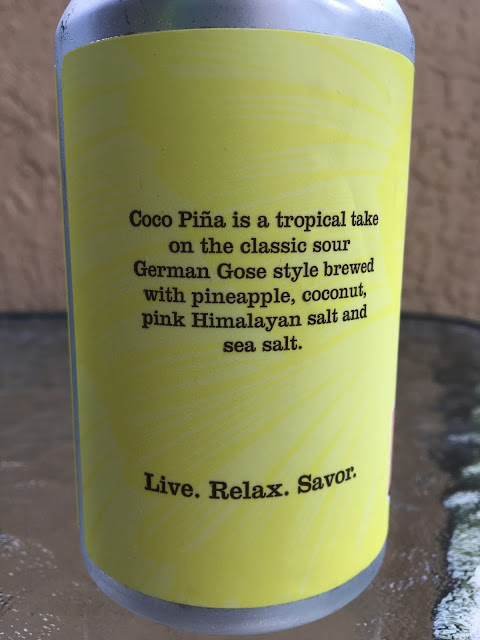