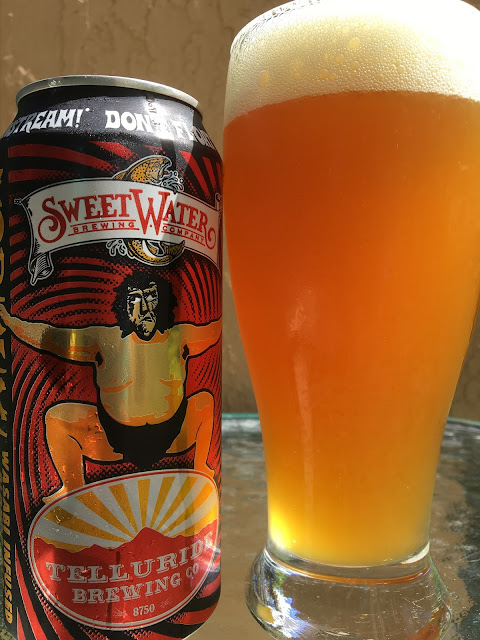 Today I grabbed a pounder can of Torikumi Wasabi Infused Blonde Ale. This appears to be a collaboration beer that SweetWater did with Telluride Brewing. There is crude Japanese art depicting a sumo wrestler on the can.

And then there's the story... it looks like SweetWater set up some theoretical Sumo match with Telluride where the sumo wrestlers are actually the ingredients. Read it below if you want, kind of dumb. Dank Tank Series. 7.5% alcohol. Drink By 10/13/17

Aroma is pretty faint, just a hint of undefined spice. Flavors are weird, wasabi meets hoppy citrus bitterness in a Sumo match. I'll leave it at that, but I really didn't like this experiment in the slightest! The End! Ask if you want another beer recommendation. 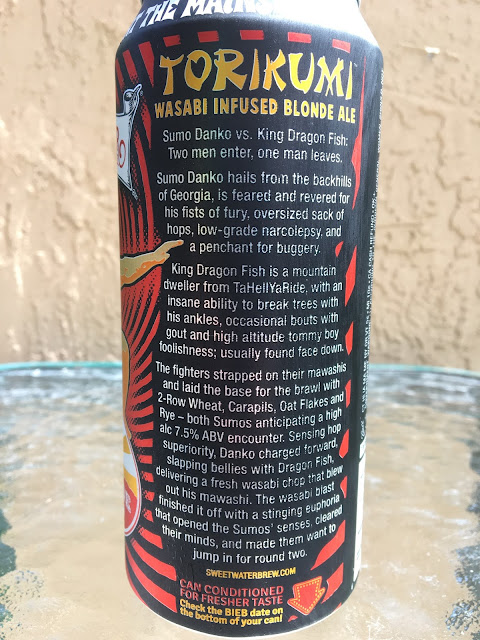