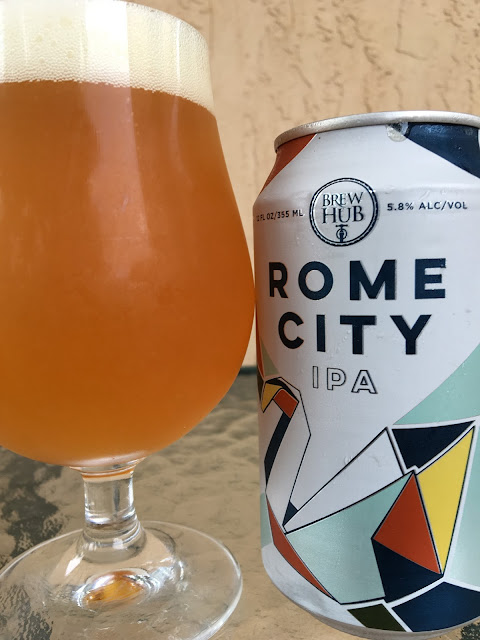 Brew Hub in Lakeland, FL brews some of their own beers besides contract brewing for some pretty awesome breweries. A few months ago, the store manager of my local haunt suggested their Rome City IPA, a new edition to their shelves. I checked it out then but was also in the same store when a guy had the staff grab a ladder so he could take an extra case of the stuff home with him!

Anyway, the can tells a story how Lakeland was almost named Rome City but nobody really knows why. Sounds like a wiki story, but it's how this beer was named. 5.8% alcohol.

Dry throughout with a light astringency. Long lingering orange flavors left behind. Was good though I wanted a little more sweet balance. Check it out. 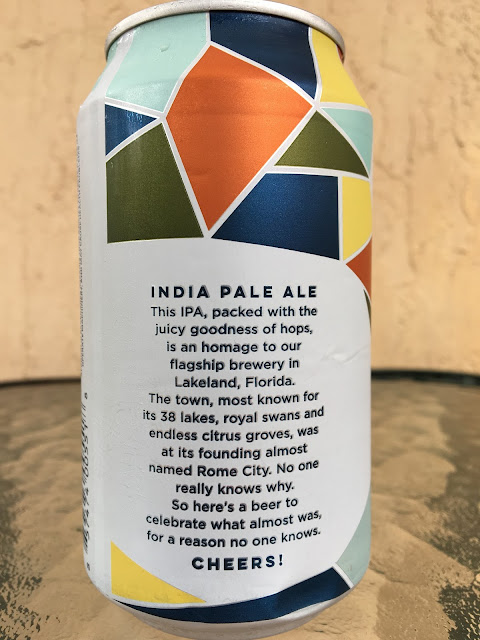