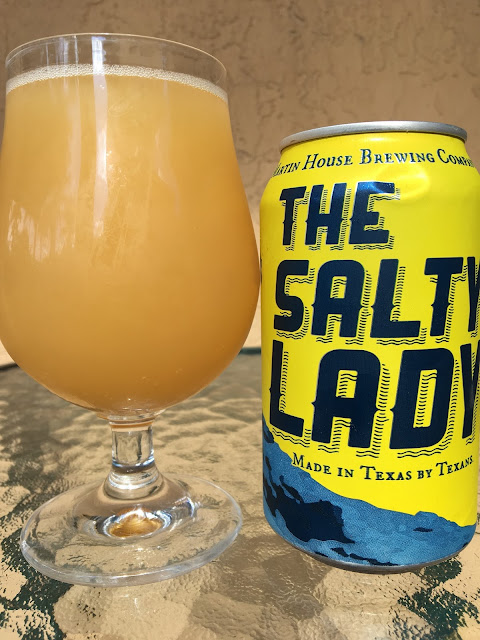 A friend in Texas recently sent me a box of local beers. Martin House The Salty Lady, a tart and refreshing Gose, was one of the first cans I grabbed. Made in Texas by Texans (in Fort Worth). There is a lady made of salt on the can. She probably looked back at Sodom and Gomorrah or something like that! 5.2% alcohol.

Super cloudy appearance, like a thick morning juice with pulp. Salty and tart grapefruit aroma. And this has a huge grapefruit flavor. Salty, nicely tart and lemony flavors, a tiny bit spicy. Has some body and texture which most gose don't. I liked it though maybe a little too thick texture-wise which subtracted from refreshment.

But seriously, this is the flavor profile that Corona tries to have you create with salt and citrus to kill the flavor of Corona. Nicely done!
Posted by Beer Drinker Rob at 7:03 PM