A Visit to Prosperity Brewers 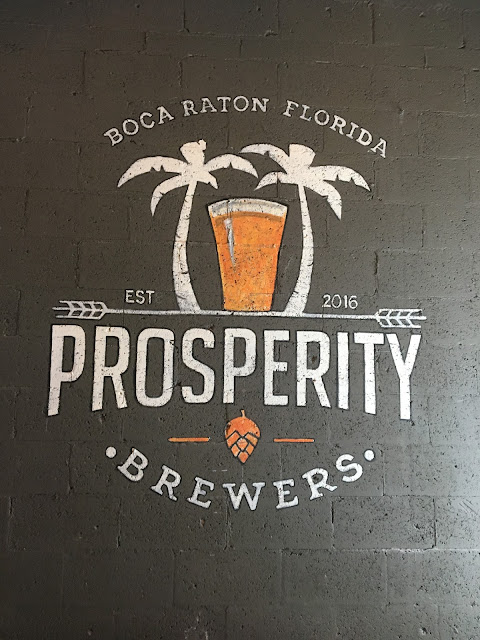 A few weeks ago, my wife and I headed up to Boca Raton to check out Prosperity Brewers. We were greeted at the door by a lazy bulldog stretched out on the floor. The tasting area had some nice custom tables as well as a few nooks to relax on some couches.

We headed to the bar to decide which beers to check out. Very creative names, so creative that the bartender needed to explain some to me, like their Raspberry HEF-A-U (remember, someone from Miramar might not know that FAU has their main campus in Boca). I also like the Intra-Kolsch-Tal name. 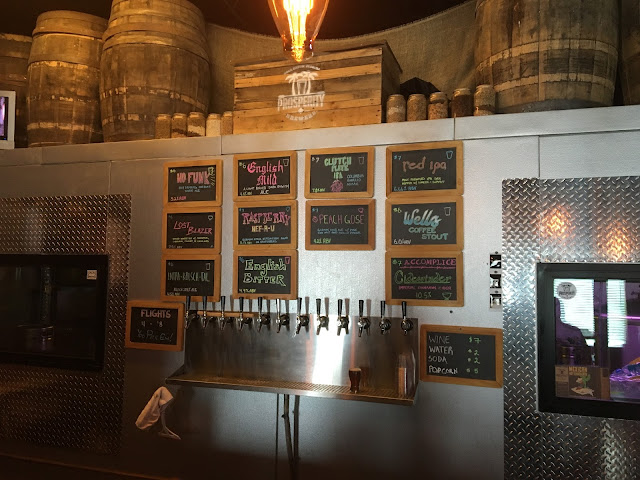 So you can do a flight of 4-6 beers. I picked out 5 to try, and the flight was served on a curved plank of wood, perhaps from an old barrel. The concept was cool, but the shallow carved glass spots seemed like a pretty risky way for drinkers to transport beer! Anyway, I'm happy to report no incidents on my part.

I chose Intra-Kolsch-Tal, Raspberry HEF-A-U, Clutch Plate IPA, Peach Gose and Red IPA. We enjoyed each of them. The Peach Gose wasn't overly sour or tart and delivered a lot of peach. the Kolsch was nice and refreshing.

My wife decided the rich malty Red IPA with a little spicy bitter background was her favorite, and mine was Clutch Plate IPA brewed with Columbus, Amarillo and Mosaic hops. We each had a pint of those after the flight. 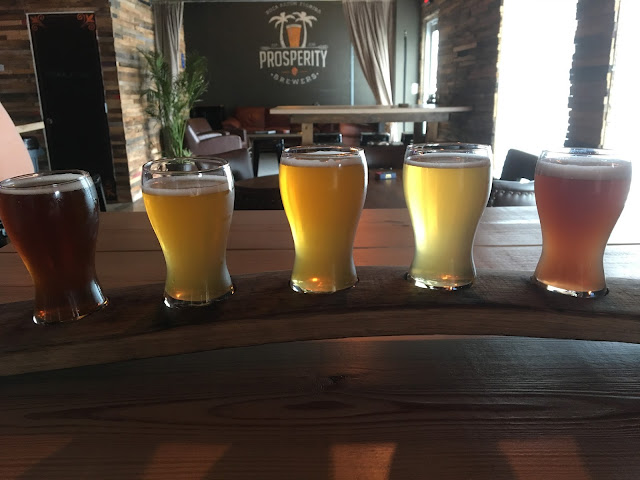 Nice place. Good ambiance. Comfortable. Friendly staff. Had a decent crowd for mid-afternoon on a Saturday. Check it out! 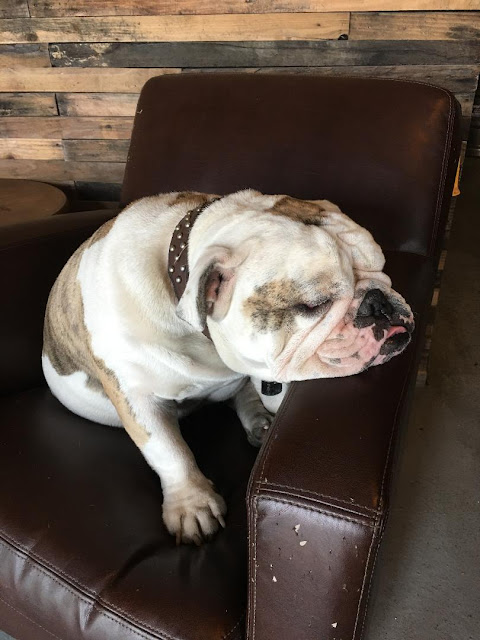