A Visit to Tarpon River Brewing 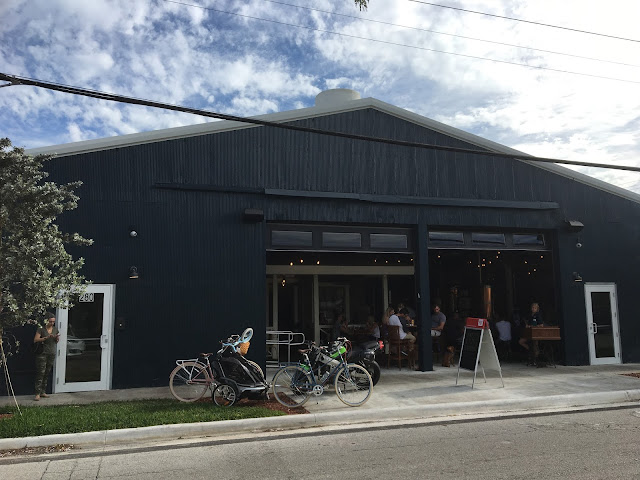 After leaving Prosperity Brewers in Boca Raton, we headed down I-95 to another pretty new spot: Tarpon River Brewing in downtown Ft. Lauderdale. This brewery is a long-talked-about partnership between Julian and Lisa Seigel (Riverside Market, duh) and Adam Fine (Native Brewing, also duh).

There was a lot going on! Inside a tap room full of patrons, eating from a nice menu and drinking beers as well. There was also plenty of outside seating and views of the tanks and brewery in action. 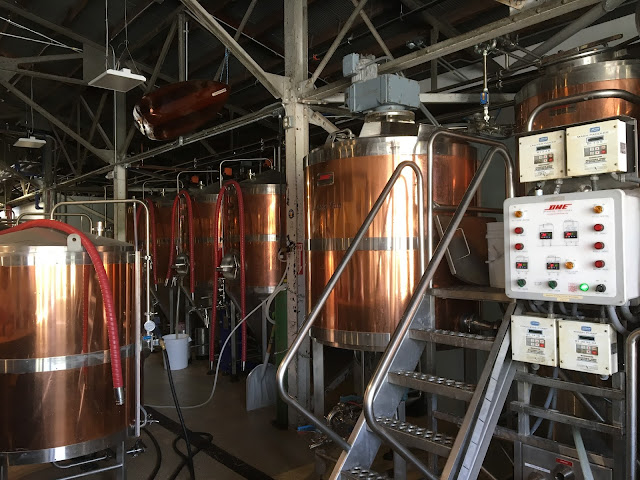 The back of the brewery looked like there is plenty of room for expansion too. At one point, I popped my head into a room near the kitchen. There was a pretty spacious banquet room that looked ready for use that evening.

We decided on a flight of beers and my wife insisted on the Giant Pretzel. That was a good call!
Our flight consisted of WC Stash, their West Coast style IPA, The Pink Slip, a Belgian style wit with raspberries, Parkland Pale Ale and Good as Gold American Lager.

I like the IPA and thought the raspberry wit was very interesting. I was surprised how busy the place was, but good food and people and a great location does that for you! Check it out! 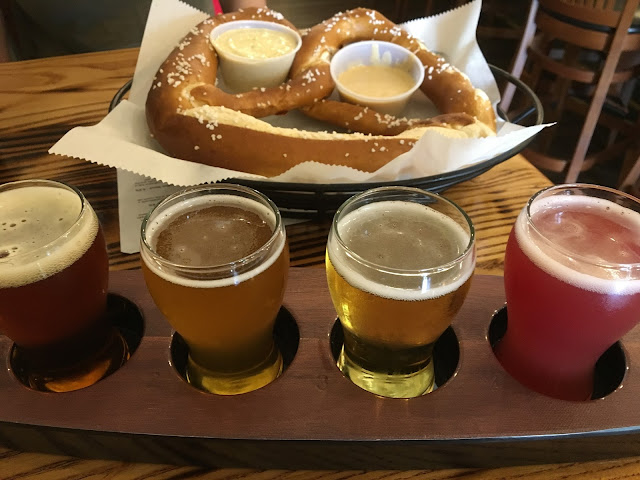 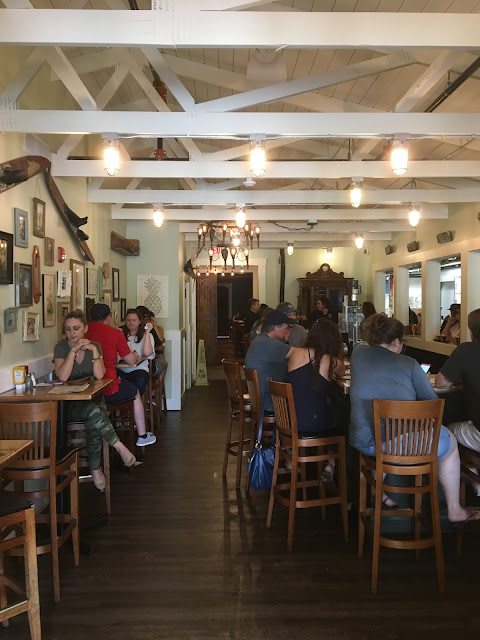 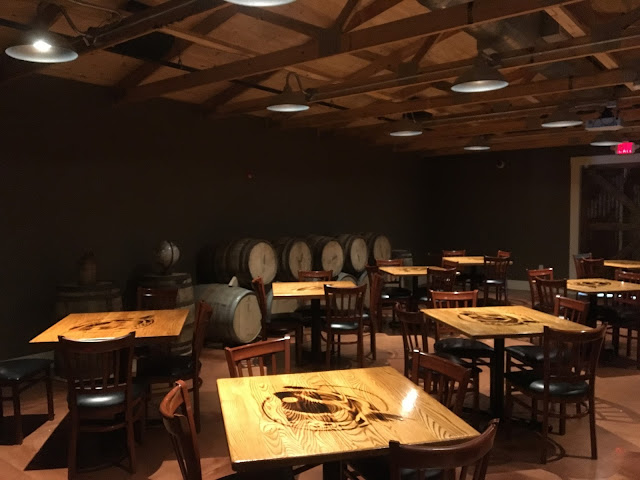 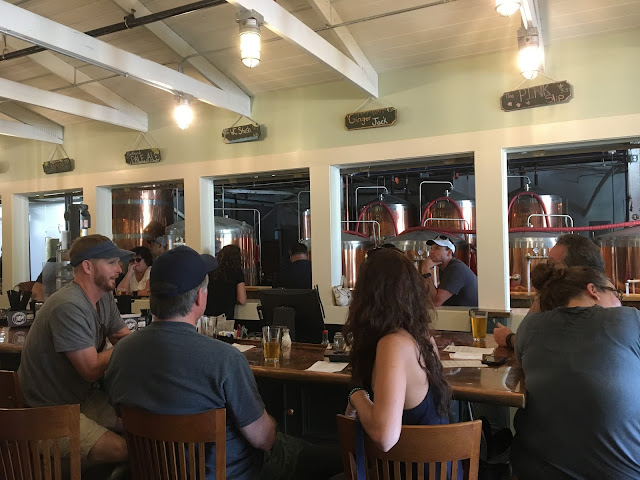 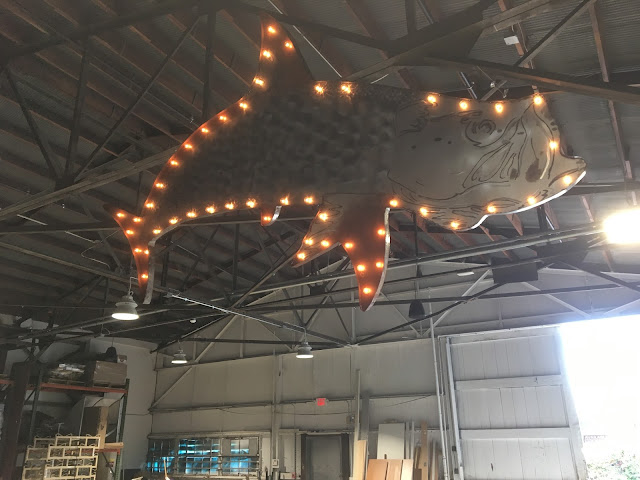