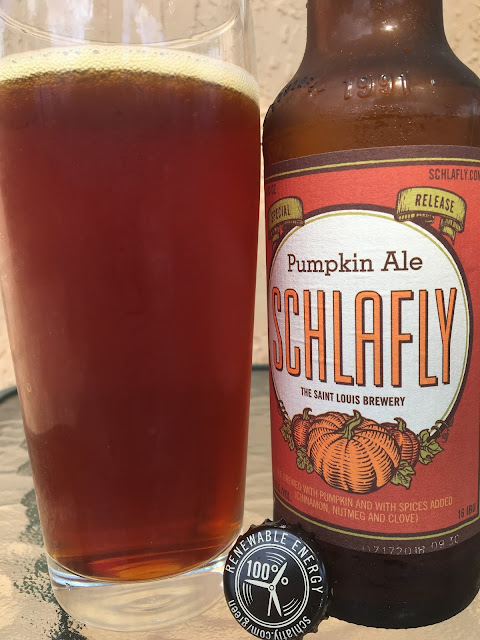 Schlafly Pumpkin Ale appeared in my local Total Wine store as a Brewery Direct beer a few weeks ago. Yeah, I know most pumpkin beers are gross anyway, but in Miami's August???

So maybe you've heard this isn't really my favorite style of beer. But every year I need to check out one or two pumpkin beers for research purposes. This year, I'm not procrastinating and getting things out of the way early! 8.0% alcohol. 16 IBU.

Rich color. Little head. Earthy aroma with hints of cloves and cinnamon, not that big.

Flavors full of rich pumpkin, sweet, earthy, and lots of gingerbread. Very nice flavors, which the alcohol helps heighten with a little kick.

Cloves, cinnamon and nutmeg are all noticeable but nuanced enough to be a pleasant addition (not your normal beer "ruiner." Not bad!