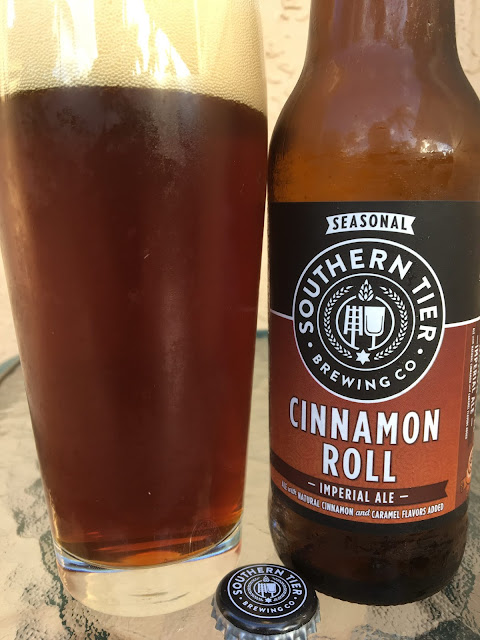 Southern Tier Brewing brews some fun Imperial Ales based on things you all love! Cinnamon Roll Imperial Ale is one of their seasonals that fits that criteria. This is an ale with cinnamon and caramel flavors added. 8.6% alcohol.

Aroma is full of cinnamon and caramel, they made no doubt about their intentions here. A little boozy too. Flavors are rich and sweet and full of caramel and cinnamon as well, unsurprisingly. Definitely tastes like a cinnamon roll.

Although pretty sweet, there is an alcy answer that kind of tames it. For sure a novelty, but I'd definitely take it to a party for some fun. 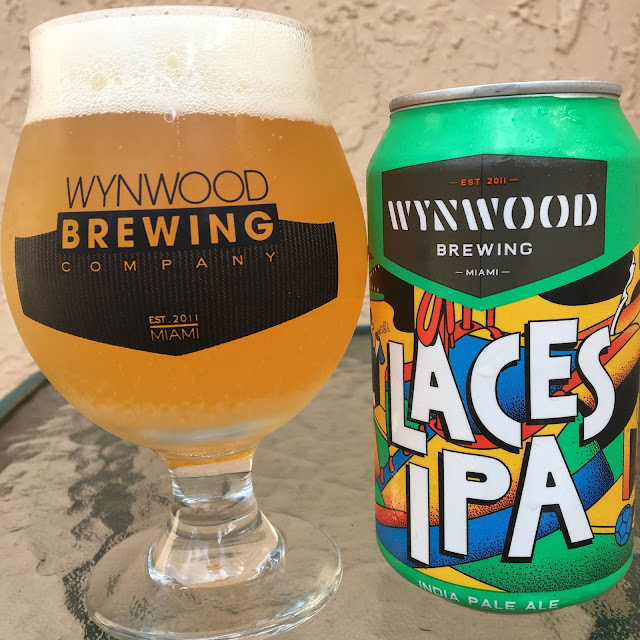 Wynwood Brewing's Laces IPA pays homage to the streets of Wynwood. Seriously read the story below. Basically the Laces are those of the shoes tied together then thrown over the overhead wires. The can art is pretty nice, too. 6.9% alcohol. 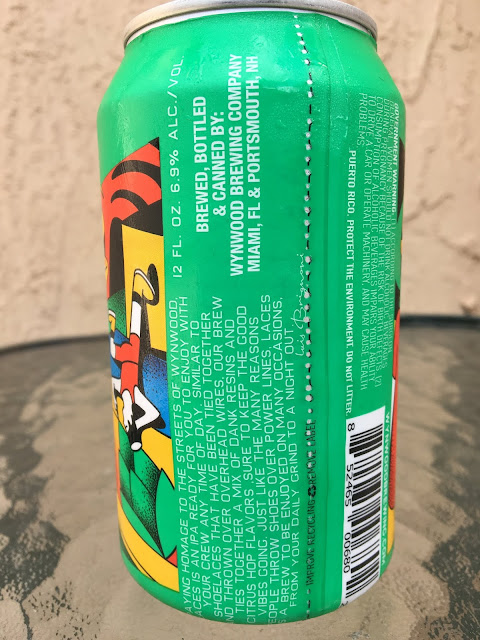 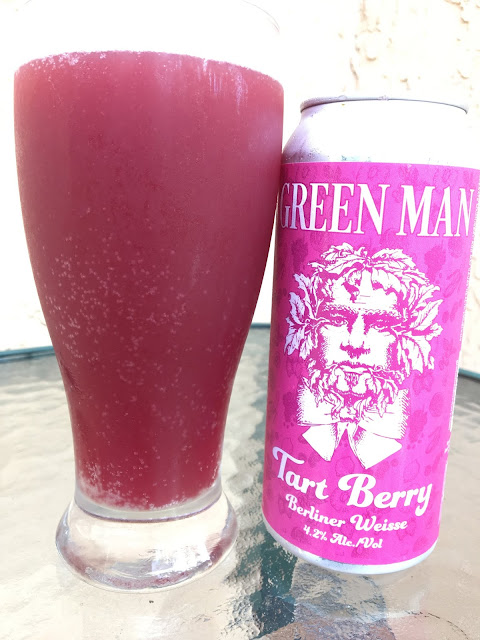 "Whoever heard of a tart berry?" So the story goes with Green Man Brewery's Tart Berry Berliner Weisse. This "lickable delight" comes in pounder cans. "Pucker up dreamers!" 4.2% alcohol (yes, I know their website says 4.3%, but I'll go with the can I drank).

Deep pinkish-purple color, pretty cool! Holy mega raspberry bomb on your nose! Oh, yeah, big raspberry flavor too, accompanied by a nice tartness. Lightly salty, very refreshing. Full of flavor and yeah, it's very "one note". But who cares? I liked it! 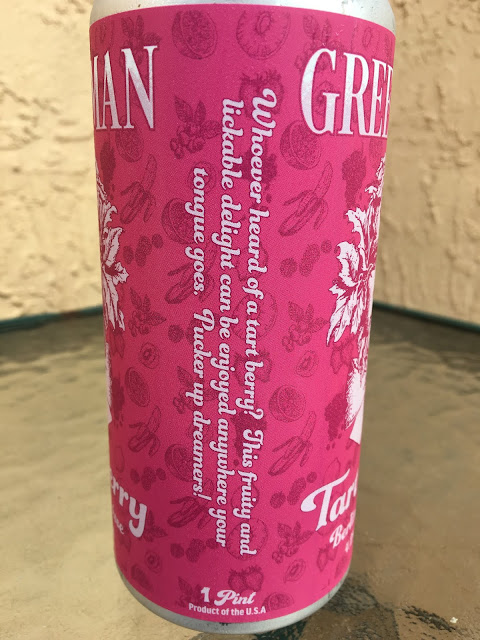 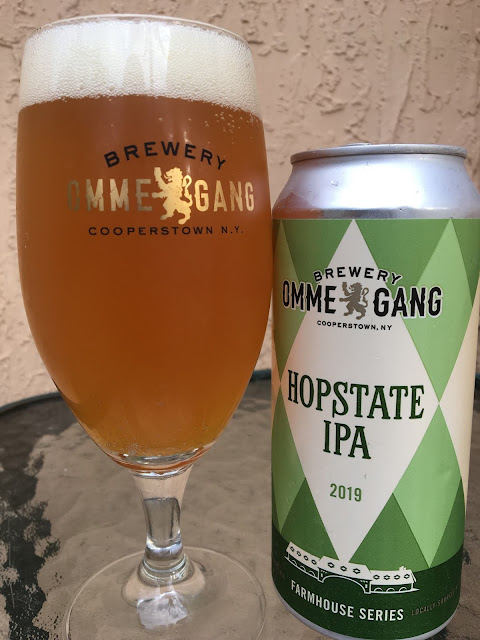 Every time I see a new beer from Brewery Ommegang on the liquor store shelves, I pick it up because I'm always impressed with their creations! Today I'm checking out Hopstate IPA 2019 from their Farmhouse Series. This beer was brewed exclusively with hops grown in upstate New York. Pounder can. 7.4% alcohol. 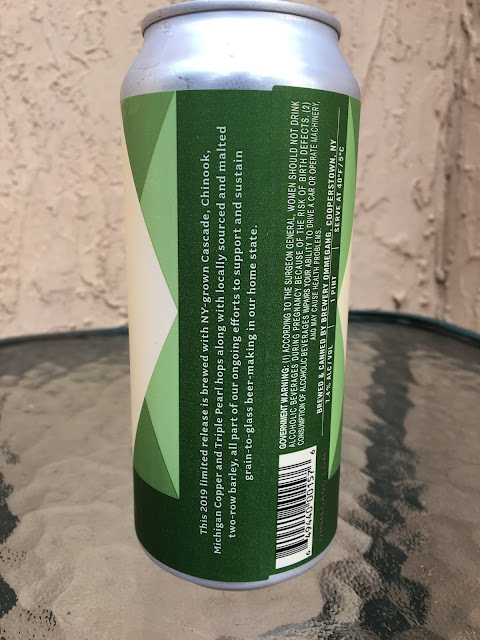 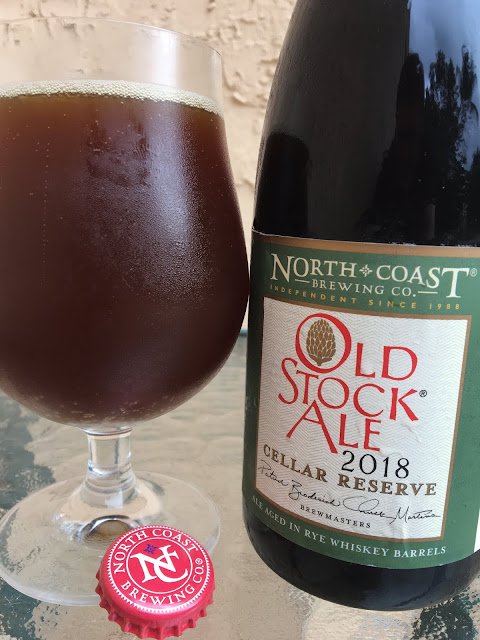 Very rich body, plenty of sweetness with a sugary aspect. And while the alcohol is there, it's well incorporated and an enhancement for all of the flavors. Pick up a bottle! 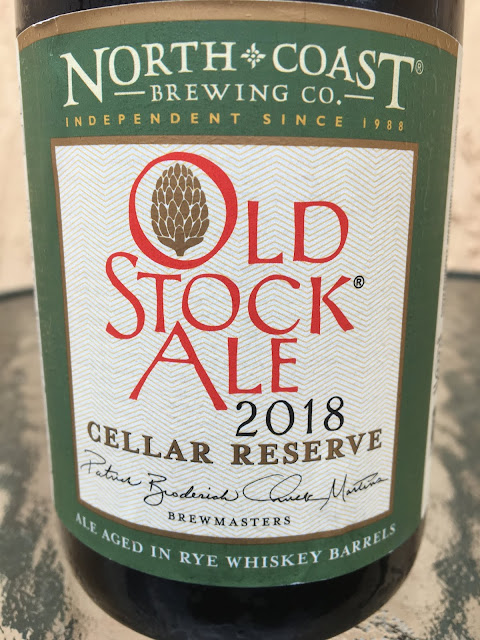 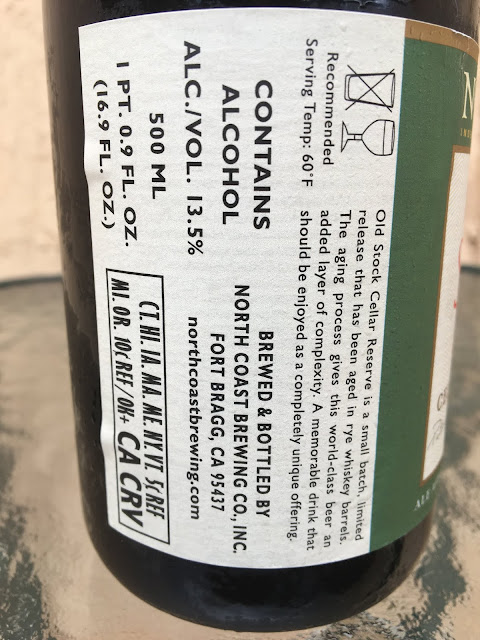 Posted by Beer Drinker Rob at 5:33 PM No comments: 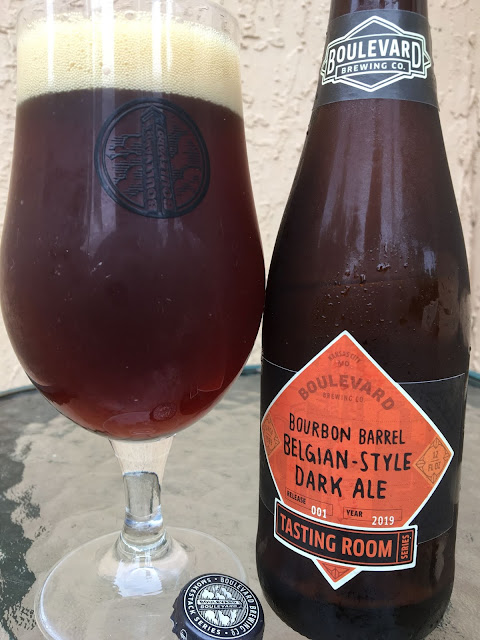 Apparently I'm hosting a party tonight, and the guests are expecting me to supply some cool beers to sample. So I'm thinking this might be one of them. Boulevard Brewing recently started their Tasting Room Series. This member beer is Bourbon Barrel Belgian-Style Dark Ale Release 001 Year 2019. 11.9% alcohol. 16 IBUs.

Nice bourbon, fig and raisin aroma. Mmm. Super rich, excellent flavors! Caramel, figs, toffee. A little sweet though the alcohol does help tame that. Belgian, yeasty character topped with a Bourbon-flavored kick. Finish puts some heat in your chest, but overall the alcohol is a nice feature. Yum! See you later at the party! 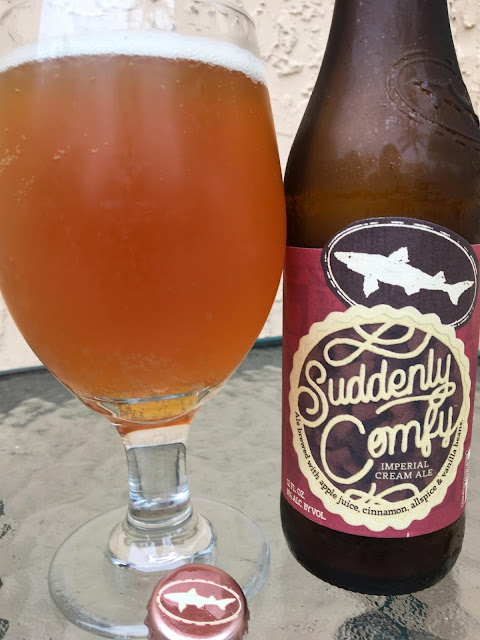 Big cinnamon aroma! You will immediately taste a great apple and allspice flavor combo, exactly like an apple pie as surmised. Cinnamon and vanilla are also very easy to pick out, especially more into the finish. Creamy, good body, some alcohol kick helps bring out the flavors.

Good beer, similar spice profile to other beers this time of year, just swap in apple for pumpkin, which is AOK with me!

Posted by Beer Drinker Rob at 11:10 AM No comments: 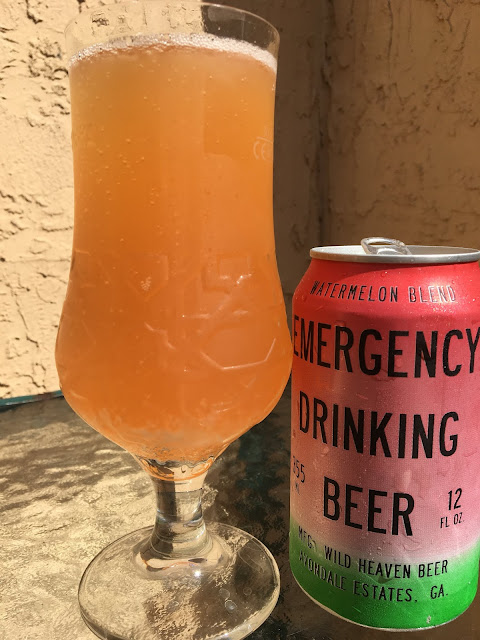 I had it at the brewery in Atlanta last time I visited my sister, but decided to grab some cans in case of local emergencies (hurricanes, broken AC, out of beer). 4.0% alcohol.

Lightly peachy pink color. Salty aroma with soft watermelon fruitiness. Crisp, lightly tart with a sweet watermelon answer. Refreshing a very flavorful, though I could have used a little more sharpness or tartness. Grab some! 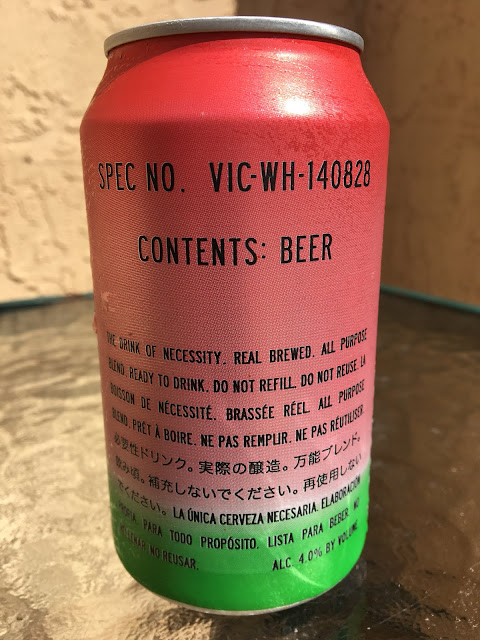 Posted by Beer Drinker Rob at 11:00 AM No comments: 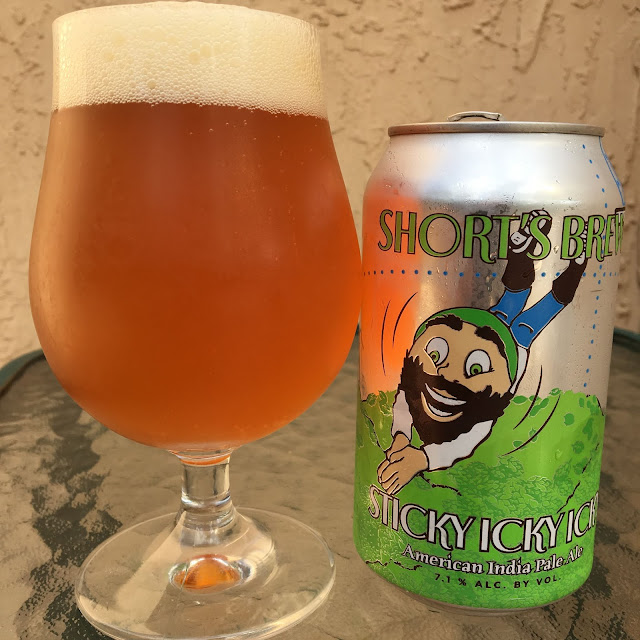 Happy Birthday to me! You know what that means right? #QuadDay !!! Since I don't have any Quads sitting around, I'm going to check out Short's Brewing's Sticky Icky Icky, an American IPA. 7.1% alcohol.

Beautifully hoppy aroma, full of citrus, plenty of dank goodness and some background sweetness. Very nice flavors. Soft citrus and spicy hoppiness to start. I was expecting more hop bite but can for sure appreciate the excellent balance.

Dank but sweet while spicy but in a tame way. Great IPA!
Posted by Beer Drinker Rob at 10:00 AM No comments:

A Visit to 3 Sons Brewing Co 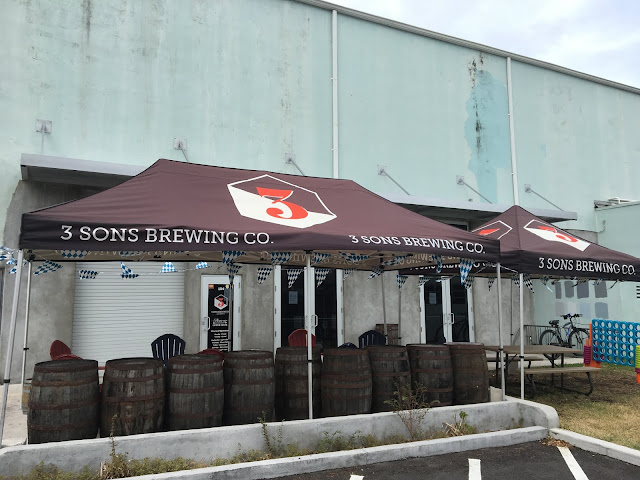 Last month, my wife and I visited Dania Beach's (just south of Ft. Lauderdale) 3 Sons Brewing Co. We tried pretty much all the beers with half pours. There were some very interesting Goses like Strawberry Margarita Bling, some great IPAs like Double Dopealicious DDH DIPA, and a bourbon barrel aged Imperial Stout named Hazelnut Dreams! And lots of others.

Great food! Very nice staff! Family friendly! Check it out! Maybe when you go they'll be utilizing their balcony second floor space too! 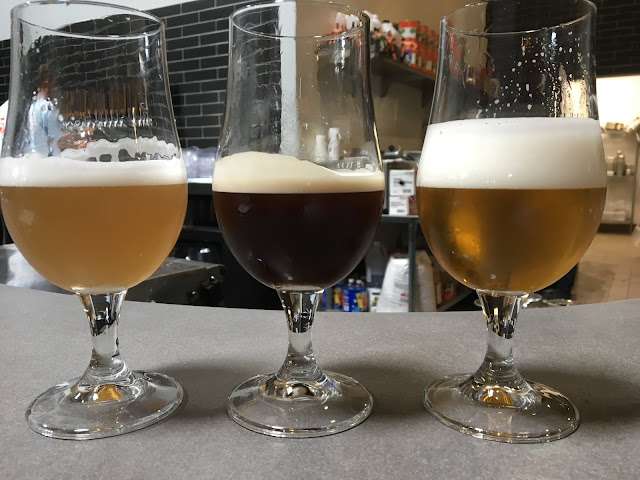 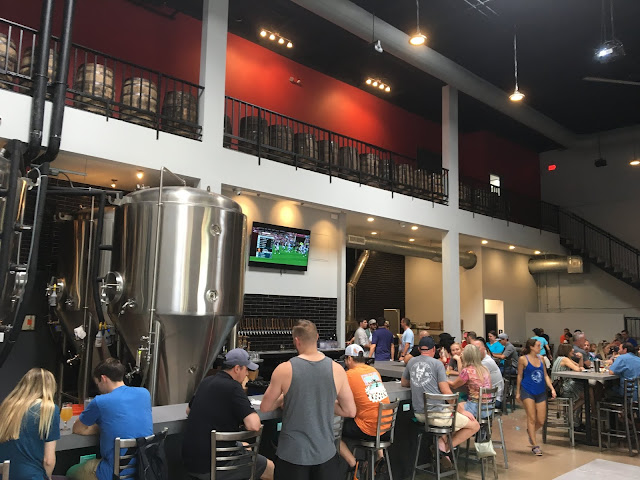 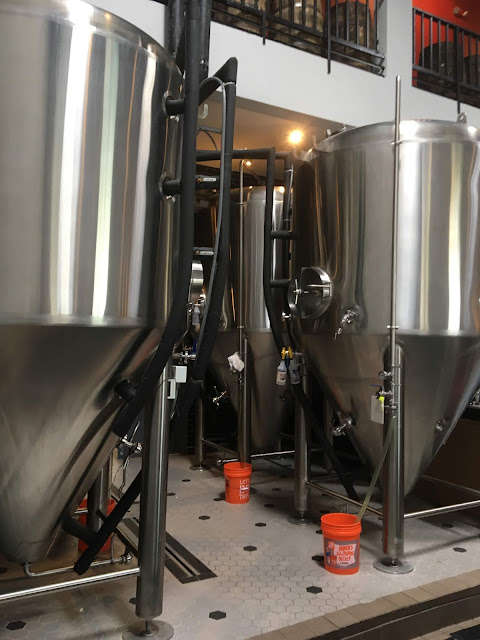 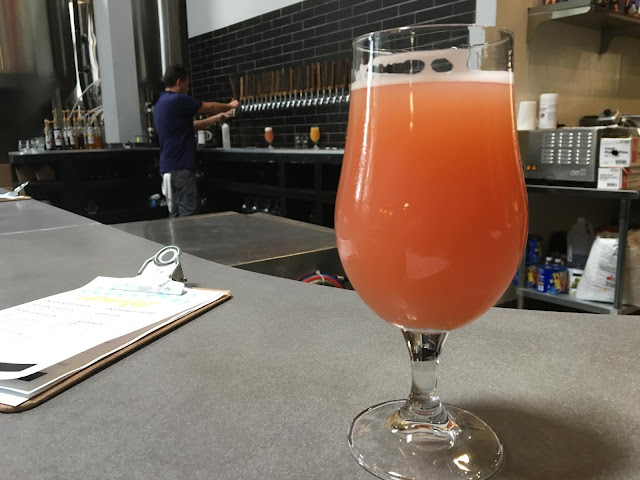 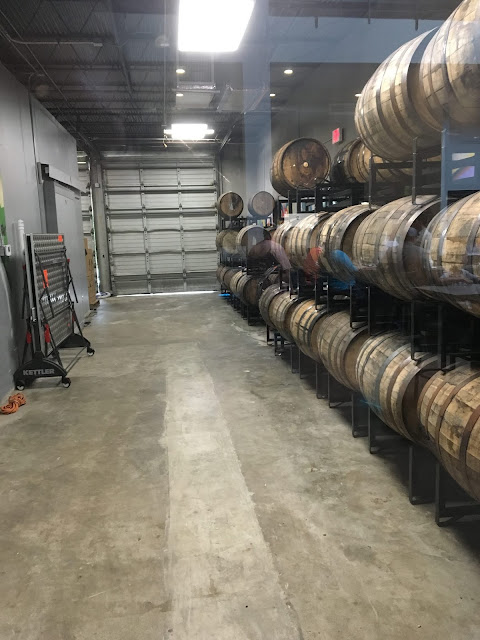 Posted by Beer Drinker Rob at 10:30 AM No comments: