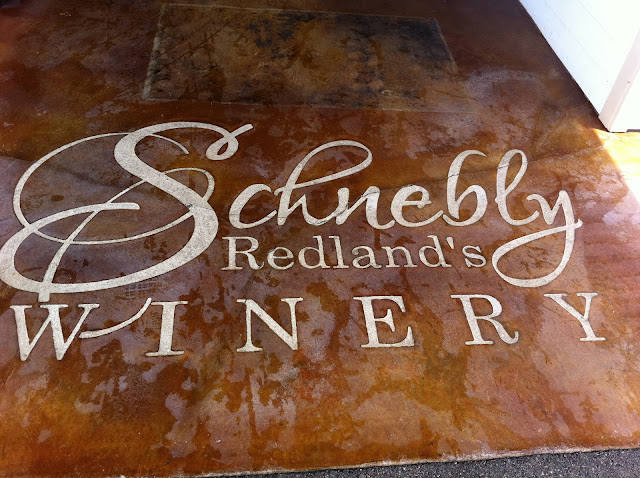 This afternoon I visited Schnebly Redland's Winery and Brewery in Middle-of-Nowhere, Florida. Actually, a lot of people seemed to know where to find this Homestead gem, though it certainly was off the beaten path. Ed Roberts invited me and we were offered a personal beer tasting followed by a wine tasting, compliments of Mauricio Mejia, Schnebly's President. Marketing Manager David led us through the beers while Mauricio let us in on some key history and goals for the brewery. And what fun and nice guys they both were, too.

Let me digress to say that the tasting room was beautiful. This was not a shack in the middle of the woods. The presentation of their wines, the definitive Florida style, the way you might have felt Hemingway was a former guest, all were awesome. The place was spacious, the grounds outside were beautiful, banquet areas fit for a royal wedding. The bugs, not so much, but Mauricio did suggest that was part of the deal there. 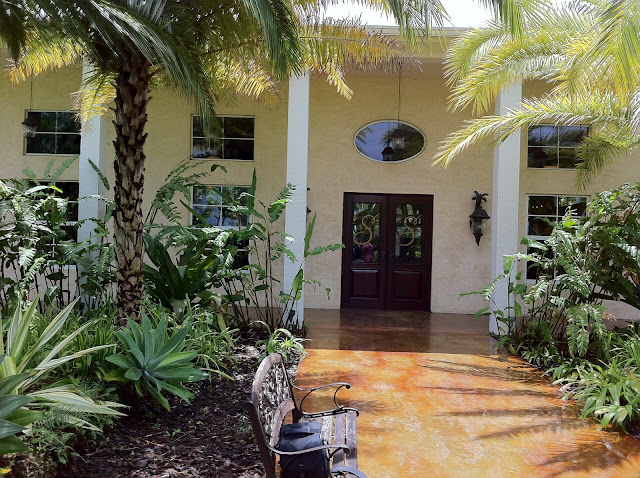 Ed and I tried each of the four beers on tap today. We were told that the beer names purposefully did not suggest the beer styles. Wine and beer snobs were challenged to taste first and offer opinions later, rather than make preconceived judgments. Personally, I think that works fine in-house but may not be as successful in a retail setting where shoppers don't have a personal guide and like to choose beer based on style. We'll see soon. And Mauricio did say one key element was not to "take themselves too seriously". (He thought I wasn't paying attention half the time, but I was). 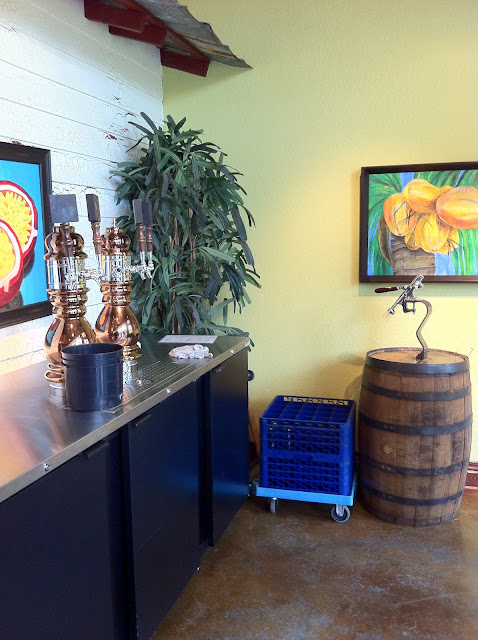 First Beer... Big Rod. This turned out to be a blonde ale brewed with coconut and carambola. I thought David said caramel at first, but after a while I just asked what he was saying. After all, what the hell is a carambola? Turns out carambola is the name for star fruit. The beer was quite fruity, sweet but with enough hoppy balance to bring that down to earth. Good body and flavorful.

Shark Attack was next. This was introduced as a mango wheat beer with a 50:50 barley to wheat brewing ratio. Lightly tart with good body. The mango and wheat are clearly the stars. I really enjoyed the fruity flavors. Ed and I almost had a battle royale when I suggested it had a fuller body than a light beer. Mauricio thankfully stepped in to (protect Ed and) say they used to brew this beer much lighter, but when they offered it, many patrons were not willing to try their fuller-bodied beers, thus ending the tasting. Now it's got some body!


Passionfruit IPA was next, the one beer that told you what style to expect. What a nice beer! Excellent tartness balanced by some great hoppy bitterness. Passionfruit, orange, fruity with a wonderful aftertaste. My favorite of the day and also the option with the most alcohol at 6.5%. Go Figure!

Gator Tail. Hmmm. What's this one all about? It's a brown ale brewed with guava. Yeah, go ahead and read that again! Nice roasted malt flavor with some light coffee. Smooth with a really interesting fruity finish, strange yet appealing. I admitted that I'd never have guessed guava. Was fun. Mauricio said it was his favorite. 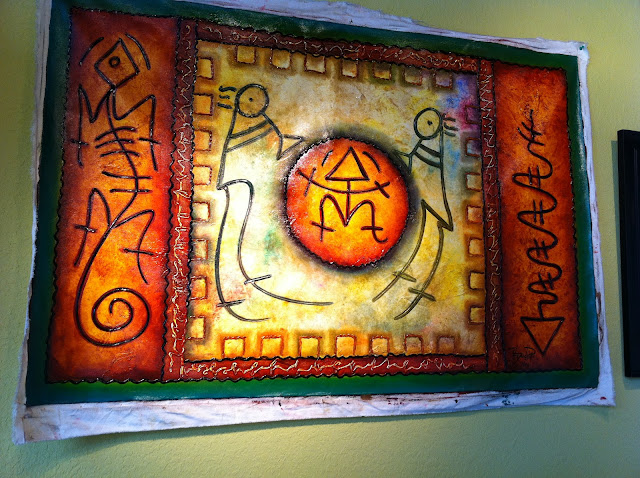 Ed and I looked around the property after Mauricio left. Apparently he left his wife unpacking boxes to take the time meet us. That is totally Rock Star! We saw the banquet and wedding ceremony areas and checked out some cool giant goldfish. We also had some BBQ before returning to the tasting room. 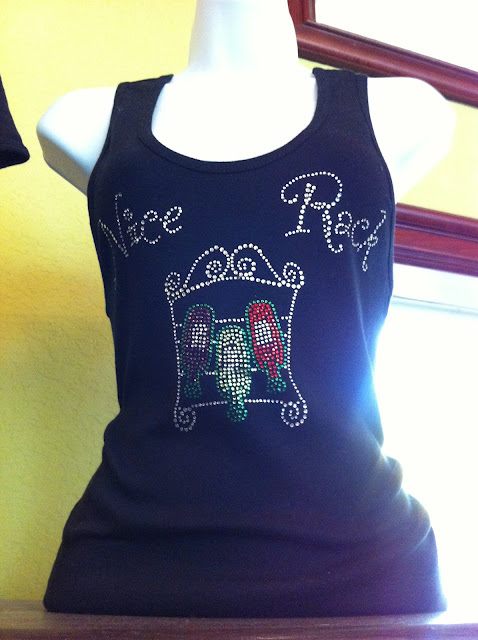 It was wine tasting time. Ed and I were instructed to choose 5 of the 12 wines on a list. We decided to choose a combined 10 of the 12 and share, so we tried almost all of them. We also got to try two dessert wines as a bonus. And so we're clear... there are NO GRAPES on this 100 acre plantation. Yeah, all the wines are made with other fruits! I had to repeat that at least a dozen times to my wife when I got home. It's a very unique setting.

My wine tasting notes and experience are a little weak, but I will offer my favorites. I thought the Carambola Oak was great, nice fruit and awesome oak flavor. CocoVino was terrific. Superb buttery flavors with an excellent coconut flavor throughout. Lychee was terrific, fruity and sweet. Our server Will was super awesome, and he let us know that their Lychee wine earned the most medals of all. He also said Schnebly's grows 65 acres of lychees and is a top producer of the crop. 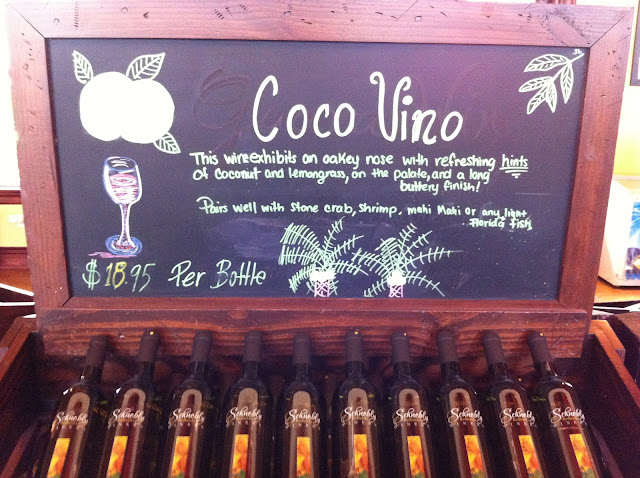 Finally, the taste of Boo Boo dessert wine was quite a treat. Apparently, Mauricio's mom made the wine then forgot about it for a few years (the apparent boo-boo). The extra fermentation allowed for some really terrific development. Sweet, rich, vanilla, really awesome!

I had a great time and suggest you take your family for a visit. There were lots of picnics and strollers and kids around. The atmosphere was definitely family friendly, something not at all surprising after speaking with Mauricio and David. Schnebly's sells fish food for the kids to feed their giant guppies. There are many special events, including musical guests. I got to keep my wine-tasting glass as a souvenir and for a discount when I repeat my visit (Ed left his in my car so I actually have a set now). Anyway, I highly recommend a trip down there with your family to see this family business. 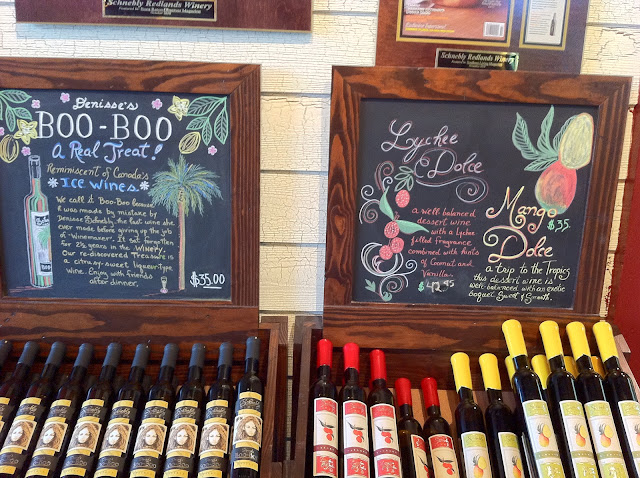 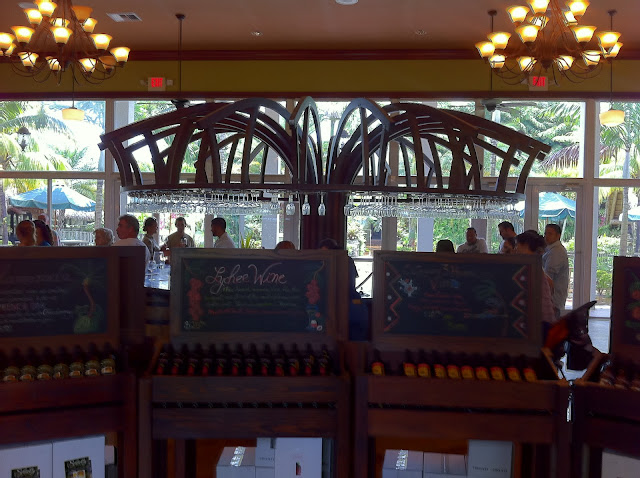 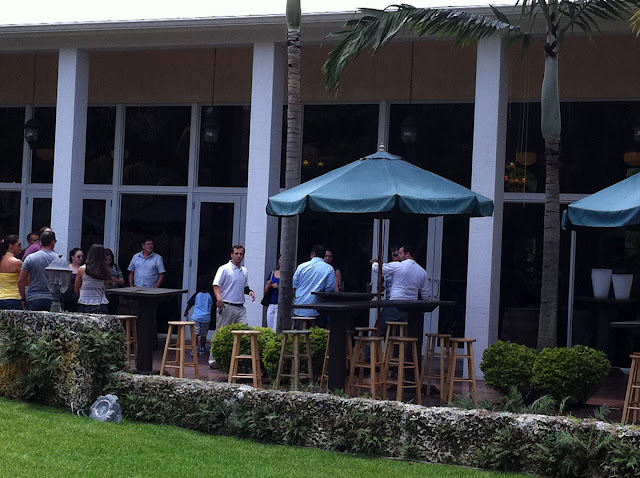 Posted by Beer Drinker Rob at 8:28 AM