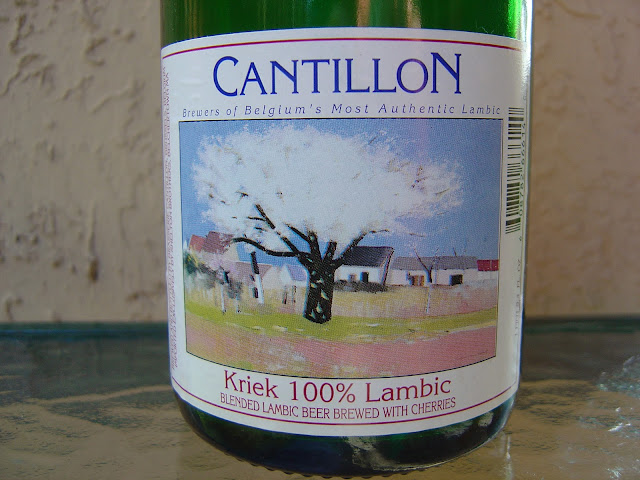 When Ed Roberts was over the other day for dinner, he brought along Cantillon Kriek 100% Lambic brewed by Brasserie Cantillon in Brussels, Belgium. This particular wine-sized bottle was bottled on October 22, 2008. Corked and capped. An impressionistic type scene is shown on the front label, a tree in front of a rural town and homes. On the back, a short set of expectations is given by Master Brewer Jean Van Roy.

Ed took off the cap to find some frightening green discoloration on its underside and around the rim touching the cork. He was calm, but you could tell he was freaking out a little on the inside. So we cleaned all that gunk off with a wet paper towel and proceeded to uncork the beer. Pop! Nice carbonation, and no gushing explosion.

Sour, tart and a little fruity. Definitely makes you make that sour face. The End! Actually, that's not far from it, but I do have a little more to say. The color was somewhat of a rosé, pink peachy color (sorry there are no photos). An aggressive tart vinegary type flavor marries sour cherries throughout the entire bottle, ever sip. Assertive and militant until the end. The finish was very dry. Nice carbonation heightens the flavors even more. A great beer for sour lovers. Totally enjoyable! 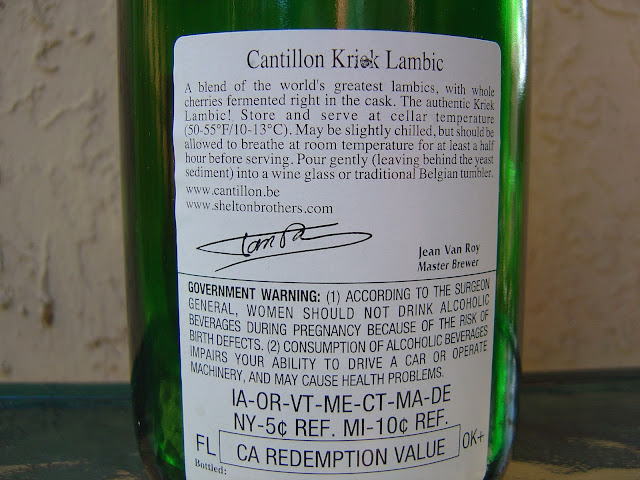 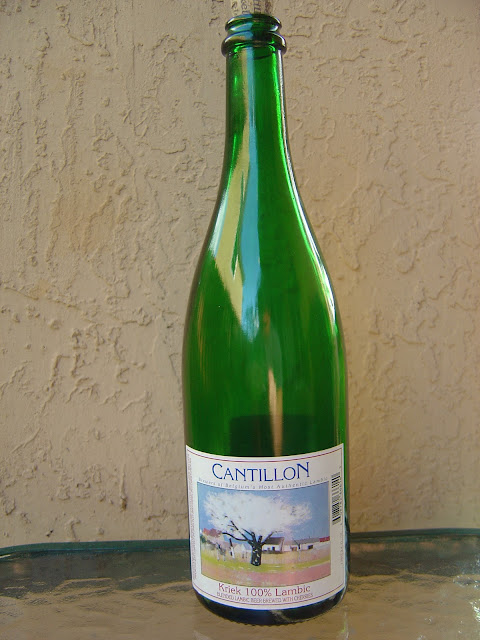