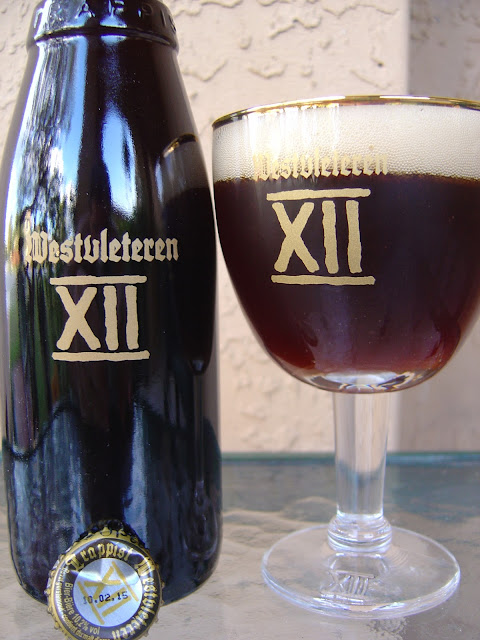 12.12.12 Westvleteren XII arrived to my local Total Wine. Honestly, I didn't know what to expect: either nobody at the store when it opened at 8am or campers that spent the night. I dropped my son off at school and arrived 15 minutes early to crickets. Not a soul to be seen except Jason getting ready for the day inside.

So I took a few pictures of the display of Westy "bricks", which were $85 six packs with two novelty glasses. What a deal! However, this is supposed to be the best beer in the world, so what the hell. BTW, I am certainly open to trading away the other five bottles, so let me know.


The 11.2 oz bottle is elegant with just the name of the beer on the front. The back was just as cool, with "Ad aedificandam abbatiam adiuvi." (Latin for "I helped to build the abbey.") painted there. That phrase I suppose is alluding to the fact that this first-time US delivery of these beers was done to fund restorations at the abbey. Below that painted phrase, though, was a slapped on sticker, surely required by some laws, yet poorly executed. Serve 12-16° C. Best before 10.02.15. 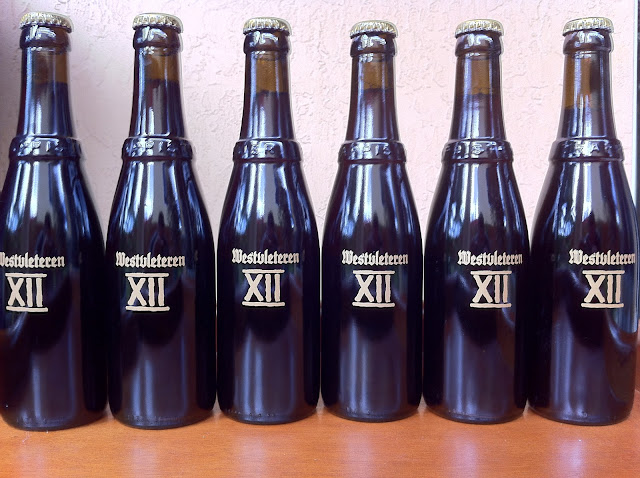 Of course I poured it into my Westvleteren XII shot chalice. Jeez! What a tiny glass! Nice mocha head took forever to recede. Aroma was nice with cinnamon and other spices dominating. Cocoa and vanilla and fruit also came across. Smelled like I was really in for a sweet beer.

Amazingly creamy mouthfeel, one of the best textures I can ever remember in a beer. Good booze from the 10.2% alcohol right up front too, warming and enhancing the other flavors. Carbonation is very fine and refined, so nice.

Prunes followed by lightly tart cherries. Sugary, yet not sweet and with great balance. Belgian yeast adds character. Brown sugar and cinnamon come toward the end. Excellent and super-complex. I will say that I felt a tinge of boozy cherry cough syrup in the flavors, but definitely a great beer. If you guys don't trade me for the rest, I'll probably save one for #QuadDay 2013!

Anyway, I wasn't disappointed by the hype. For me, there are dozens of other beers ahead of this one though. Best characteristics were creaminess and complexity. 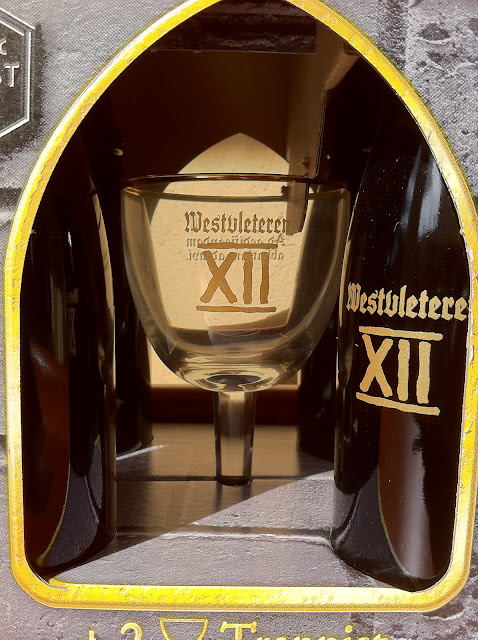 Posted by Beer Drinker Rob at 9:36 AM

I am very jealous that you got a six-pack of this... but do you think it was worth the price tag? I have heard that it is worth it, but haven't had the chance to get an $85 six-pack for myself.
And no one was lined up for purchasing this? That is a little sad...

Not sure if it's worth it. If I end up drinking them all, probably not. If I can either trade some or enjoy some with neighbors/friends, then it will probably be worth it. Basically, they are $14 each if you don't count the two glasses. There are dozens of $14 bombers on the shelf. Yes, I realize that this is a half bomber, but it can be rationalized.

can't wait to try this!