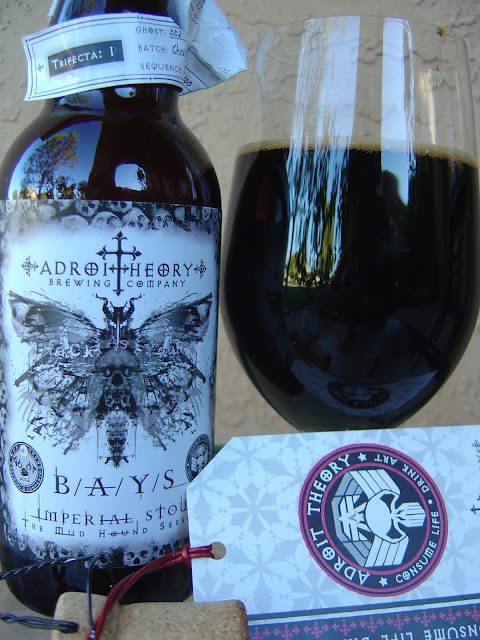 I have a pretty cool treat here today. I've been accepted as an Official Taste Tester for Adroit-Theory Brewing Company. I'm sure there are several others like me and I don't know how "official" the title is, but it's still cool. Follow along.

Adroit-Theory is currently working on paperwork to start selling their beers, hopefully around June, 2013. Until then, they are building a line-up of beers and soliciting feedback while trying to get a following prior to that launch. They sent me two bottles of home brew, nicely packaged, with some stickers and a great letter of introduction.

I decided to start with B/A/Y/S Imperial Stout Ghost 002. (B/A/Y/S stands for Black As Your Soul). Let me first say the label art is terrific. The design is inspired by the Rorschach Ink Blot test. At first you look at the resulting "blot" and see a moth. Look more closely and see a skull and some words (Black As Your Soul) buried underneath, and even birds flying away. And that's just me (post beer).  Just keep staring! A border of skulls outlines the inner blot. 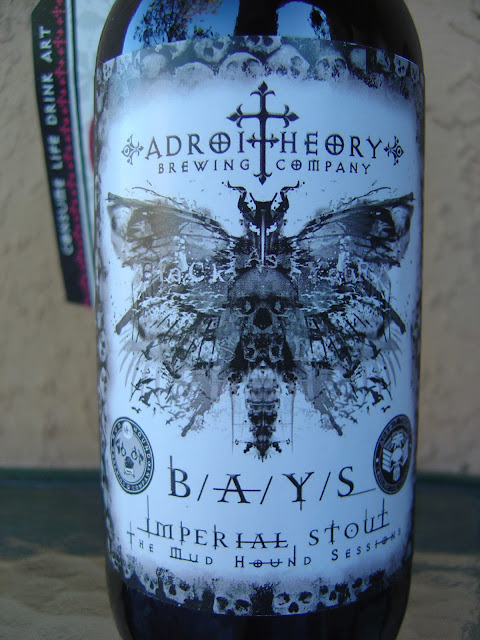 The brewery decided to keep their styles organized by using series of three related beers called Trifectas and then defining beers within the Trifecta with Ghost numbers to identify how the batch was prepared. So I have B/A/Y/S Imperial Stout Trifecta 1 Ghost 002. Trifecta 1 beers are all inspired by Nine Inch Nails songs. Trifecta 2, Serial Killers. Trifecta 3, Gang Themes. (I think I'm gonna like this brewery, not lacking in creativity!)

The label goes on to tell me that this Batch is prepared by aging it for three weeks on 100 year old reclaimed Chestnut staves, with cherries and hazelnuts added along the way. I got bottle 41/100. I don't see anywhere the size of the bottle, but it appears to be a 375 mL bottle, corked and nicely caged with a sticker over the cage identifying the beer. That sticker also gives several definitions of Adroit: Expert, Cleverly Skillful, Ingenious, etc. 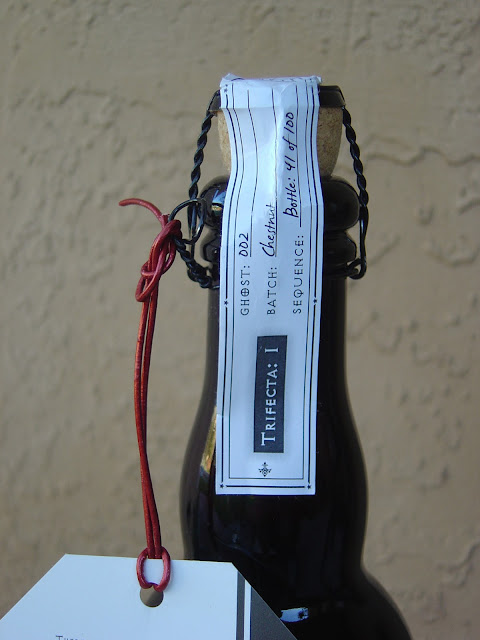 Also attached to the cage is a Manifesto. I'll let you read that below and then you can tell me what it means. I really like their motto, "Consume Life Drink Art", which they say is also their way of life. The label also says this is from The Mud Hound Sessions, referring to the help received from Greg Skotzko from Mud Hound Brewing. Finally, you are offered meat, cheese, and tobacco suggestions to pair with the beer, though I paired mine with my mouth only. Serve 52-56°F. ABV 9.1% IBU 80 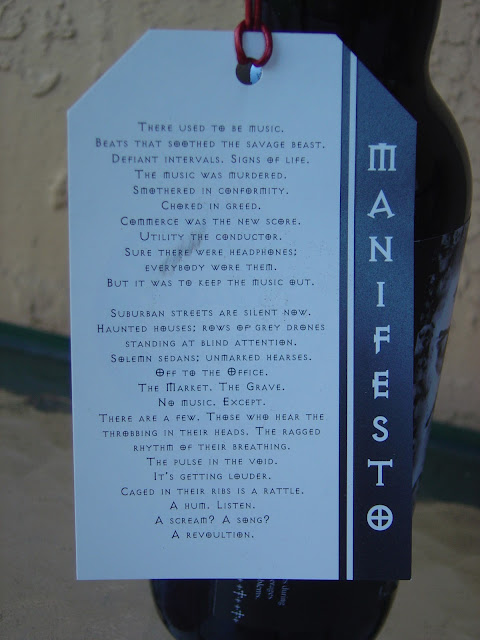 Now for the beer! Awesome aroma. Rich chocolate, nicely sweet with hints of coffee. You can also smell the cherry addition though it's not very powerful. Chocolate flavors are prevalent in the beginning, with a silky, creamy texture. You will taste subtle sweet cherry flavors in the background, nicely balancing a recognizable hoppy bitterness and coffee roast.

Definitely not lost in the conversation is the Chestnut flavor from the aging process. Though I didn't really smell any at the beginning, I felt I could start to smell and taste them while drinking the beer (you know your nose and mouth are connected, right?) The 9.1% alcohol offers a constant heat and warmth in your throat and chest, while also enhancing the nuances in the beer. 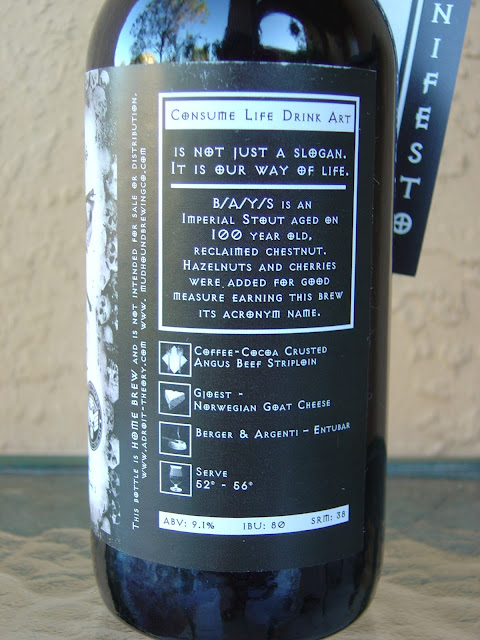 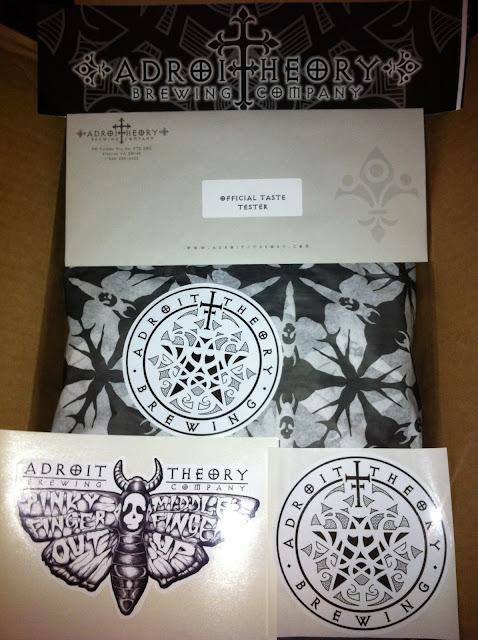 Posted by Beer Drinker Rob at 7:39 AM