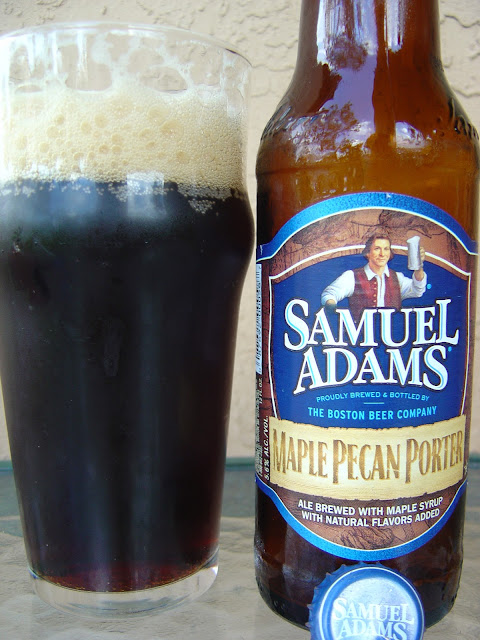 I've had Sam Adams Maple Pecan Porter before. It was back when it was known as Sample B in their 2011 Beer Lover's Choice competition. At that point, I voted for Boston Beer to choose this beer over what became the eventual winner: Mighty Oak Ale. Oh, well. But it's nice to see that this had enough following to brew it again after the fact. 5.6% alcohol. Enjoy before June, 2013.

A little too sweet, but still OK. Body is nice. I bet this would be a great beer for you beer chefs.

Posted by Beer Drinker Rob at 8:14 AM

Sam doesn't get enough love for all the really solid beers they make because they're "Big Craft." For example, the Maple Pecan Porter might not be KBS but its definitely smooth and drinkable. Likewise their IPL might not be as good as Jabby Brau, but I like it better because it's easier to put down 3 Sams than 1 Jabby.

Totally agree, Vinny. Almost always on the mark and I really enjoy checking out each of their new beers.