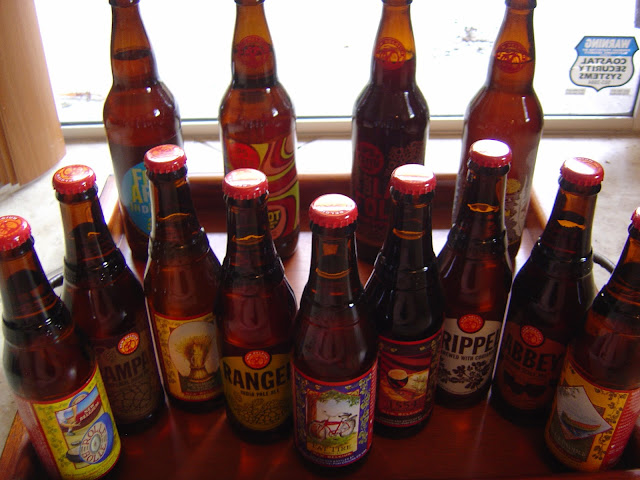 A few weeks ago, I was told that New Belgium Brewing picked a date and distributors for their long-anticipated entry into the Florida market. Locally for me, that's July 29, 2013 with Gold Coast Distributors. If you care about anyone else but me here in South Florida, you can read about the other distributors in their network here. So welcome to the neighborhood!

A few days after finding out about their launch, I was contacted by the brewery's communications agency asking if I'd like to be on their media distribution list in Florida. Um, hello? Hell yeah! And I kind of answered like that too. At the same time I asked if they were going to throw any local parties to celebrate. They will let me know specifics later, but you can bet on it!

Anyway, the launch will begin with bombers of some of their most well-known flagship beers: Fat Tire, Ranger IPA, 1554 Enlightened Black Ale, Sunshine Wheat and Lips of Faith. In September, draft and 12 ounce bottles follow. Beyond that, I'd expect their lineup to expand little by little until we have most if not all of their beers.

Because I'm such a nice guy, and because I asked nicely, they sent me a nice assortment of their beers. So to mark the occasion, I decided to do a little write-up for what I consider two of their best-known, most approachable beers, the ones that helped put them on the map.

New Belgium and Fat Tire Are Finally Here!!! Ed Roberts will be so pleased to find out! 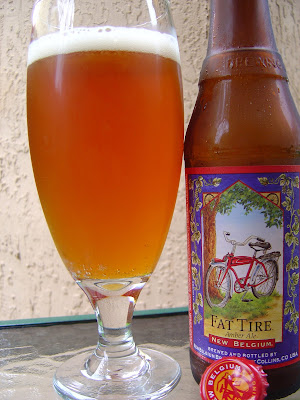 Everyone loves the quaint label on this beer, the red bike parked along a path ready for a ride home. In fact, if you go to Facebook.com/FatTire, you can "pair yourself with a new bike". The story on the side lets you know the beer is named for a bike ride through Europe. 5.2% alcohol. Best Before 13OCT13.

Grainy, toasty aroma with some caramel and tea and a hint of lemon. Flavors just like the aroma. You start with sweet caramel and a little herbal tea. Some toasted and buttered bread and sweet orange come next. There is just enough of a bitter citrus hoppy nip to tone the sweetness. Creamy, decent body. More carbonation, please. Pleasant flavors, easy drinker. 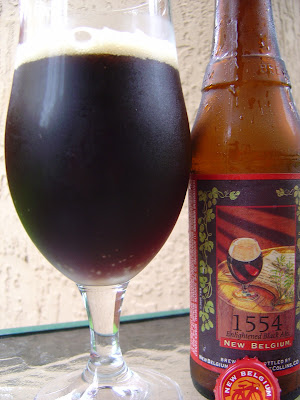 This beer was developed from a library book in Belgium. This was no normal library book though; rather, this was one that was really old and falling apart and used words and measurements that have been long dead. Anyway, the recipe they used as a template dates to 1554, thus the name. The label depicts a glass of this beer next to that book, both on top of a barrel of beer. 5.6% alcohol. Best Before 08DEC13.

Roasted coffee, light smoke and a distinct nutty aroma are intriguing. The roasted malt and smoke are prominent in the beginning. A blend of sweet chocolate, caramel and coffee come next, not really distinct, but rather more like a mochachino frappiano (or whatever that stuff is that Starbucks sells). Something tells me to say this is a little salty, even as my palate is feeling a drying effect. Good body. Very neutral overall, smooth, balanced. Another easy drinker to check out! 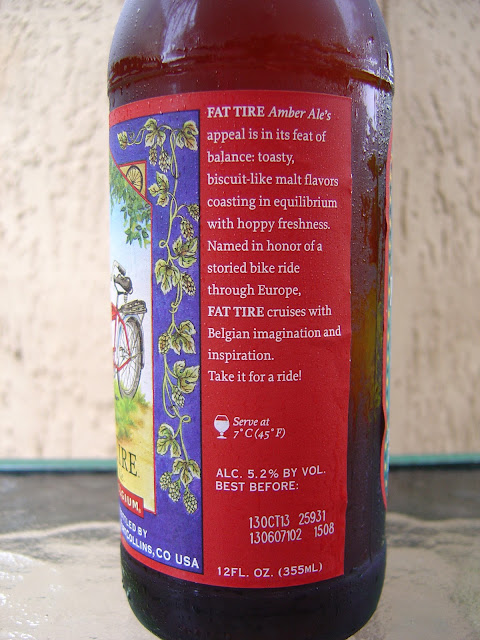 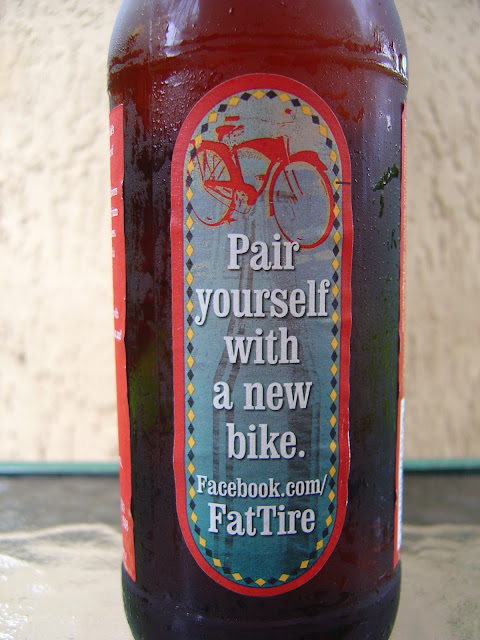 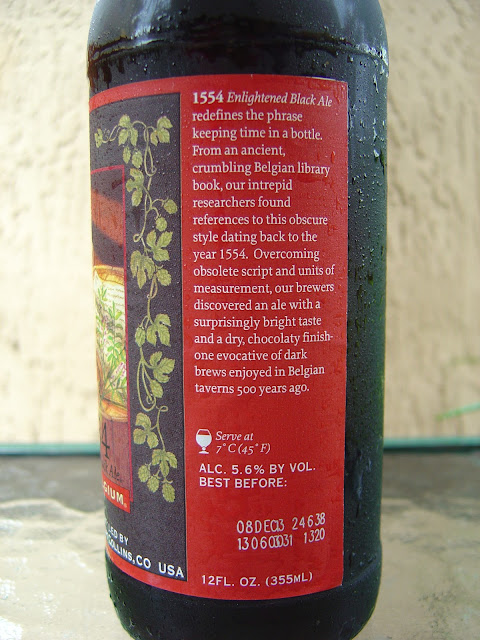 I've had some New Belgium beers when I've travelled to the Midwest. I like their beers, they're all very solid but nothing has really jumped out at me. Which is similar to how I feel about Sam Adams, though I love some of their small batch offerings.

Eventually they will be everywhere, I predict.

I know exactly what you mean. Have you tried the Ranger IPA? That's very good from their regular lineup. NB also has some specialty beers that you could equate with Sam's small batch stuff. Lips of Faith and a new one called Hop Kitchen are two that I'm aware of.

Did they send you everything in that top image? So Jealous! I'm such a fanboy.

Yes, and they delivered it by bike courier!

So effing jealous! One of those beers is not even released yet! I would cry if that showed up at my door!

Had my first Fat Tire last week while in Minnesota.
Best damn beer I've ever had. Can't wait until its debut in Fla. Love it, love it, love it.

There are a lot of beers for you to check out if Fat Tire is your "best". It's good but branch out!!! Wait time less than a week!