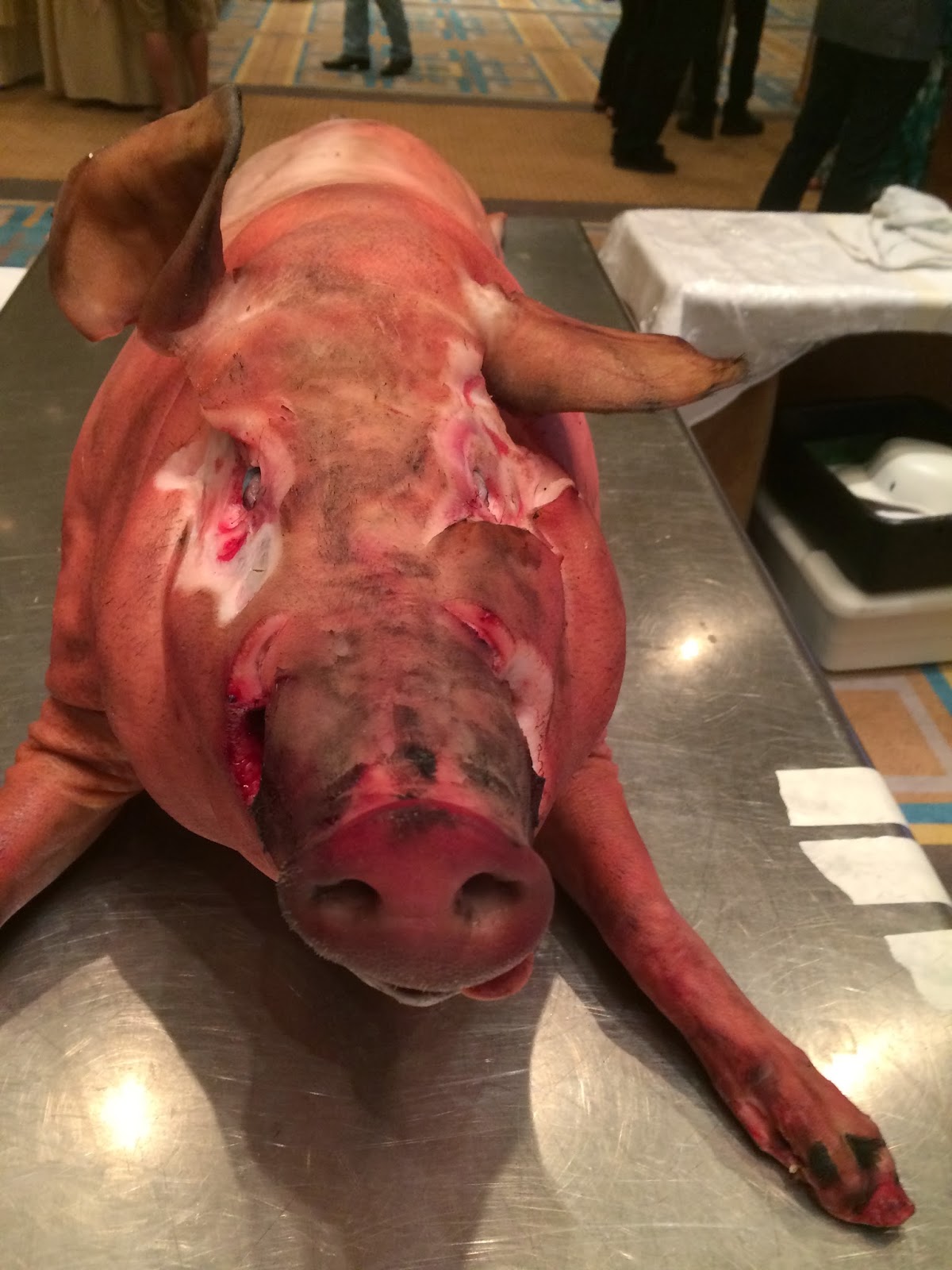 Sunday afternoon I had the opportunity to attend Cochon 555, a culinary tour which celebrates heritage breed pigs... and eating them. This event was held at The Four Seasons in Miami and was presented by Goose Island Beer Company! Goose Island wanted to show off some of their beers and demonstrate how they stand up well to the rich pork dishes we were about to eat. I was invited by the firm representing the brewery.

I was told to look for "The Goose Nest," which was set up by Goose Island to pair their vintage ales with Hudson Valley Foie Gras. So first thing I did was stop by the brewery's booth and ask them where to look for it. Duh, if I had bothered reading my program, I would have noticed that the event was rolling out the special sessions one by one and that The Goose Nest hadn't started yet. But I was in the right spot. 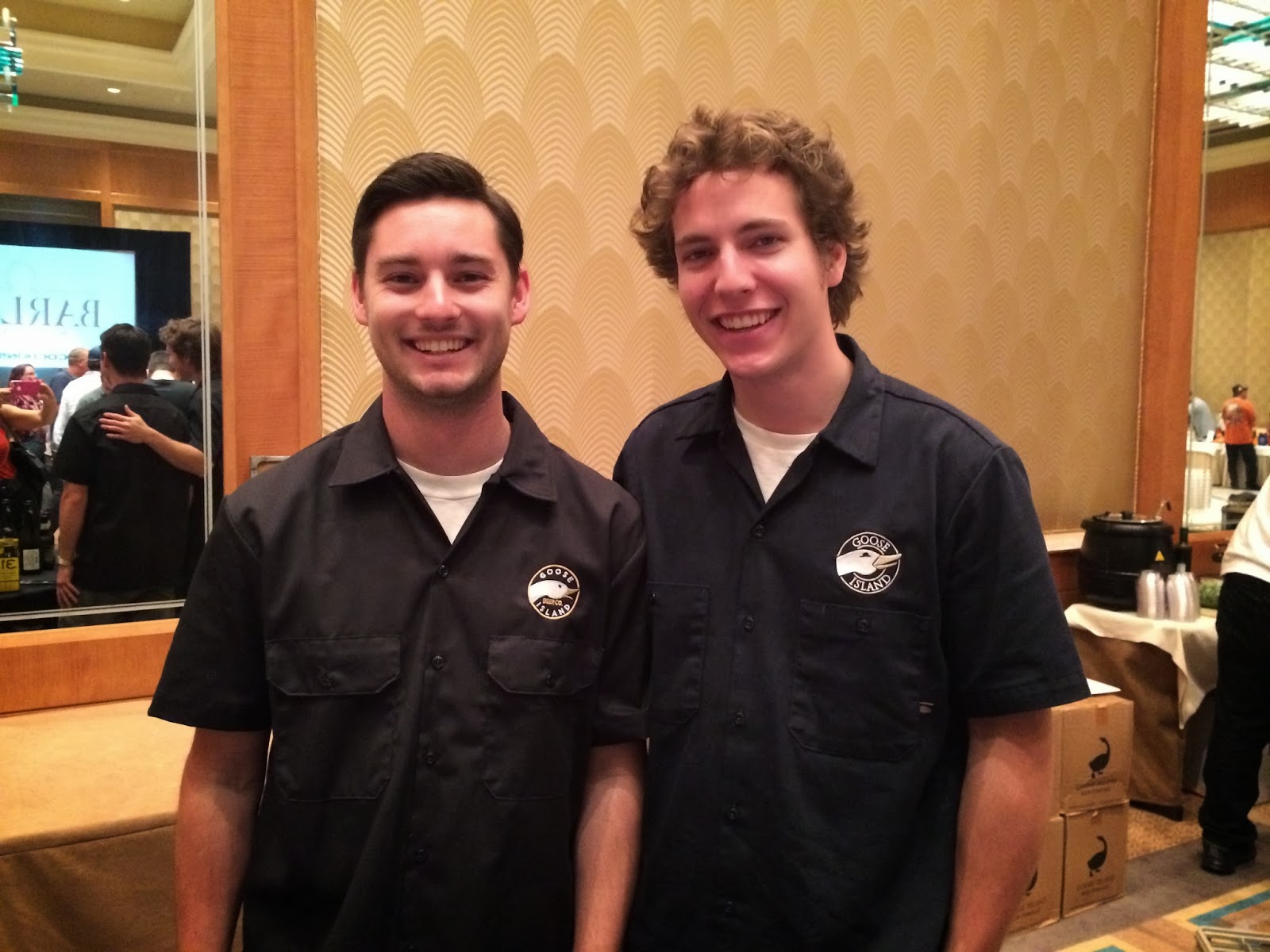 So my wife and I put back a few glasses of Sofie and Matilda and chatted with the representatives. They said that they'd be recommending Matilda with the rich foie gras, though Sofie was a good match too. It was the first time my wife tried either of those beers, and I'm pleased to report she really enjoyed both. I had warned her unnecessarily in advance about a few of the vintage ales and their sheer tartness. Goose didn't bring any of their wild vintage ales though, which was probably a good idea for this event.

When the food came out, we were given a little presentation and told what each of the items were. The foie gras was delicious with the bread and my personal favorite was the duck salami. So yeah, a duck course at a pig affair! 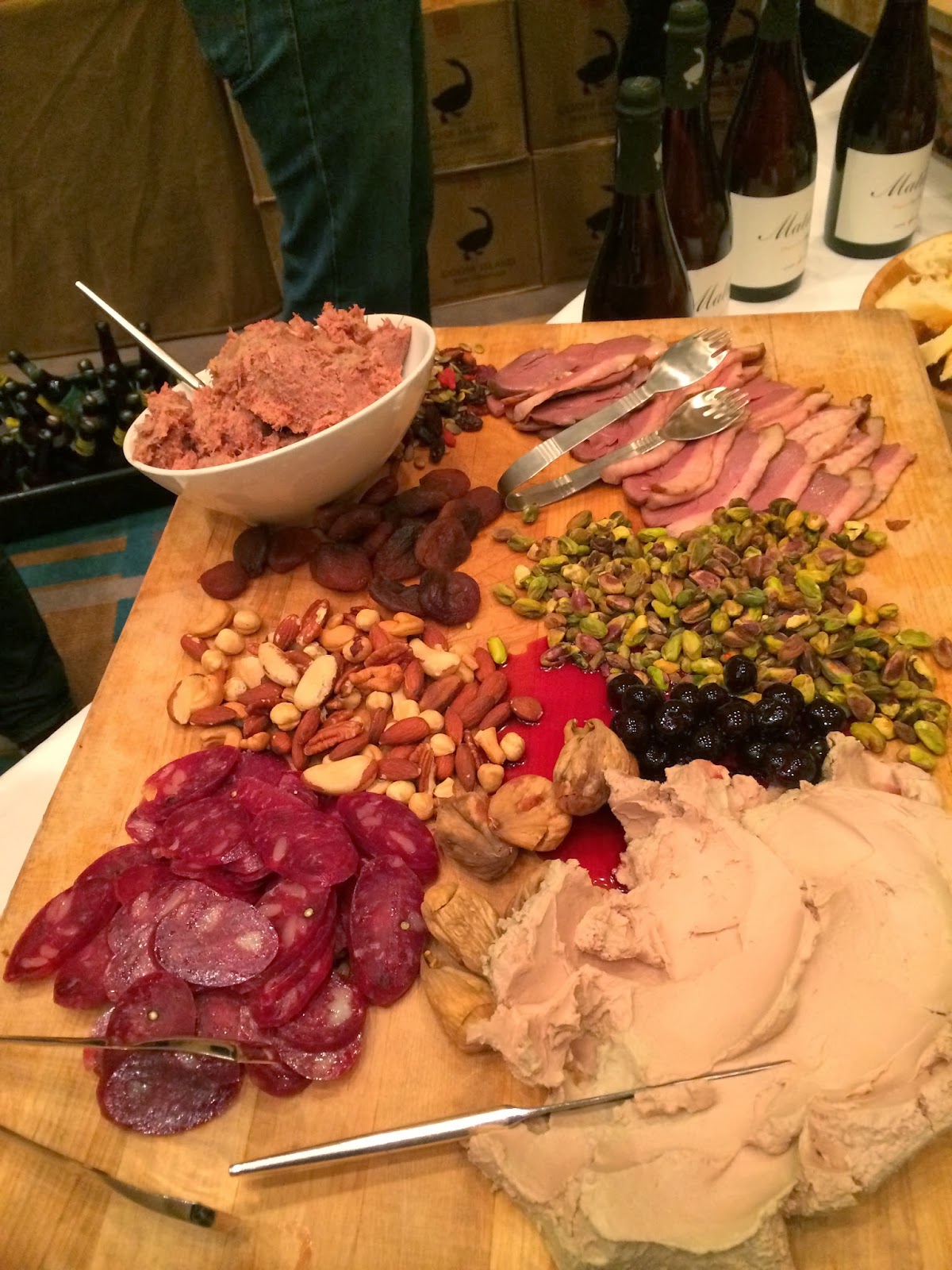 I left the Goose Island station with a big glass of Sofie and proceeded to check out some of the pork creations. There was also plenty of Bourbon to be had and some great cocktails, too. About halfway around the room, I bumped into a cocktail competition featuring Breckenridge Bourbon. One of the cocktails named Articles of War included the bourbon, Cointreau and Goose Island Matilda. Heck, these guys had a bottle of Matilda in the punch bowl itself!

Miami Ink was there tattooing one of the heritage pigs. There was also a prosciutto station by Prosciutto di Parma that was terrific. In the end, my wife and I ended up voting for the eventual winner, Chef Jose Mendin from Pub Belly. The mini pork sandwich and bacon cookie on a stick were just awesome. I walked out of the hotel stuffed and double-fisting a Manhattan and a glass of Matilda, too. That's the way I like to wrap things up! Great event! 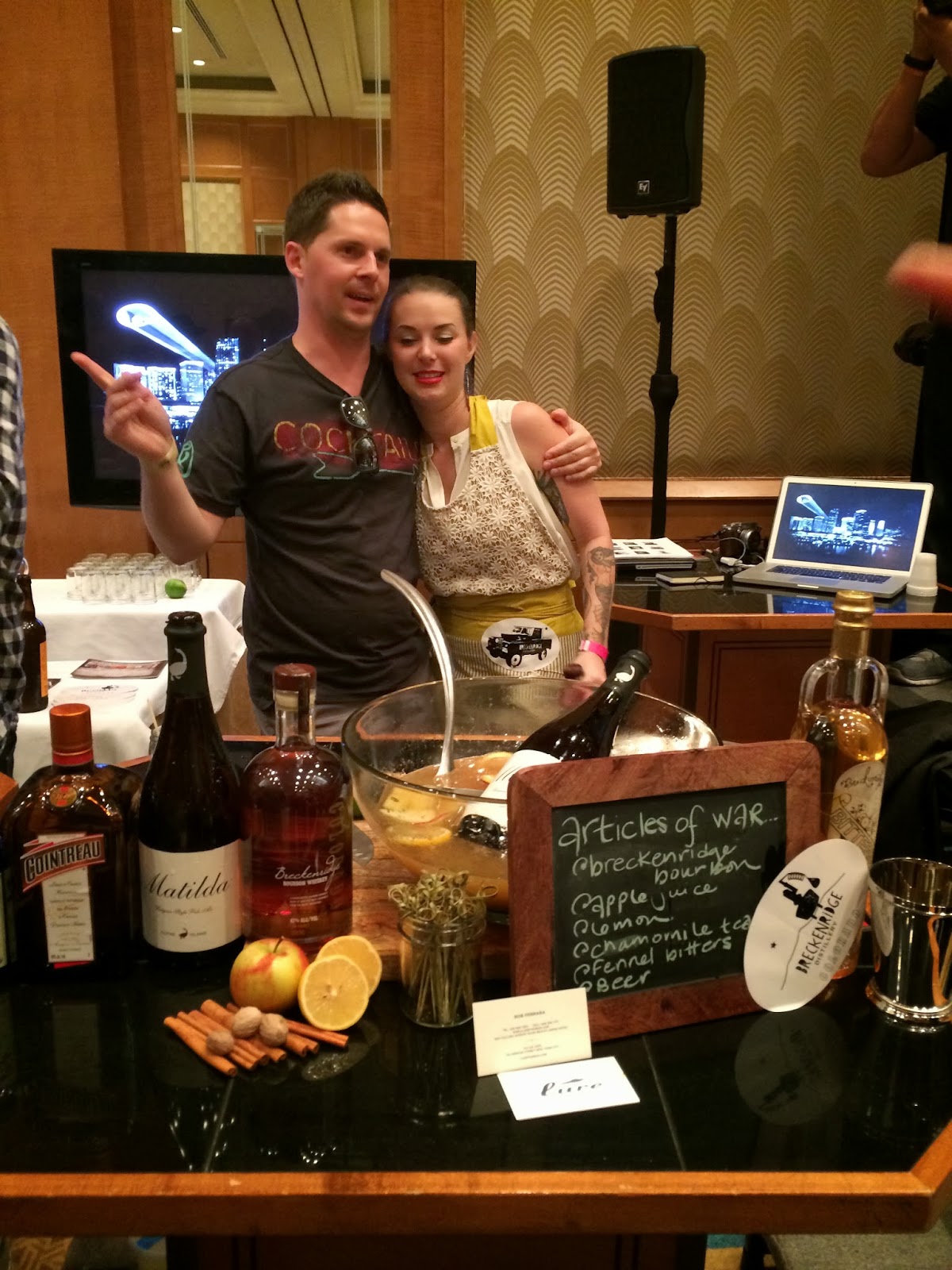 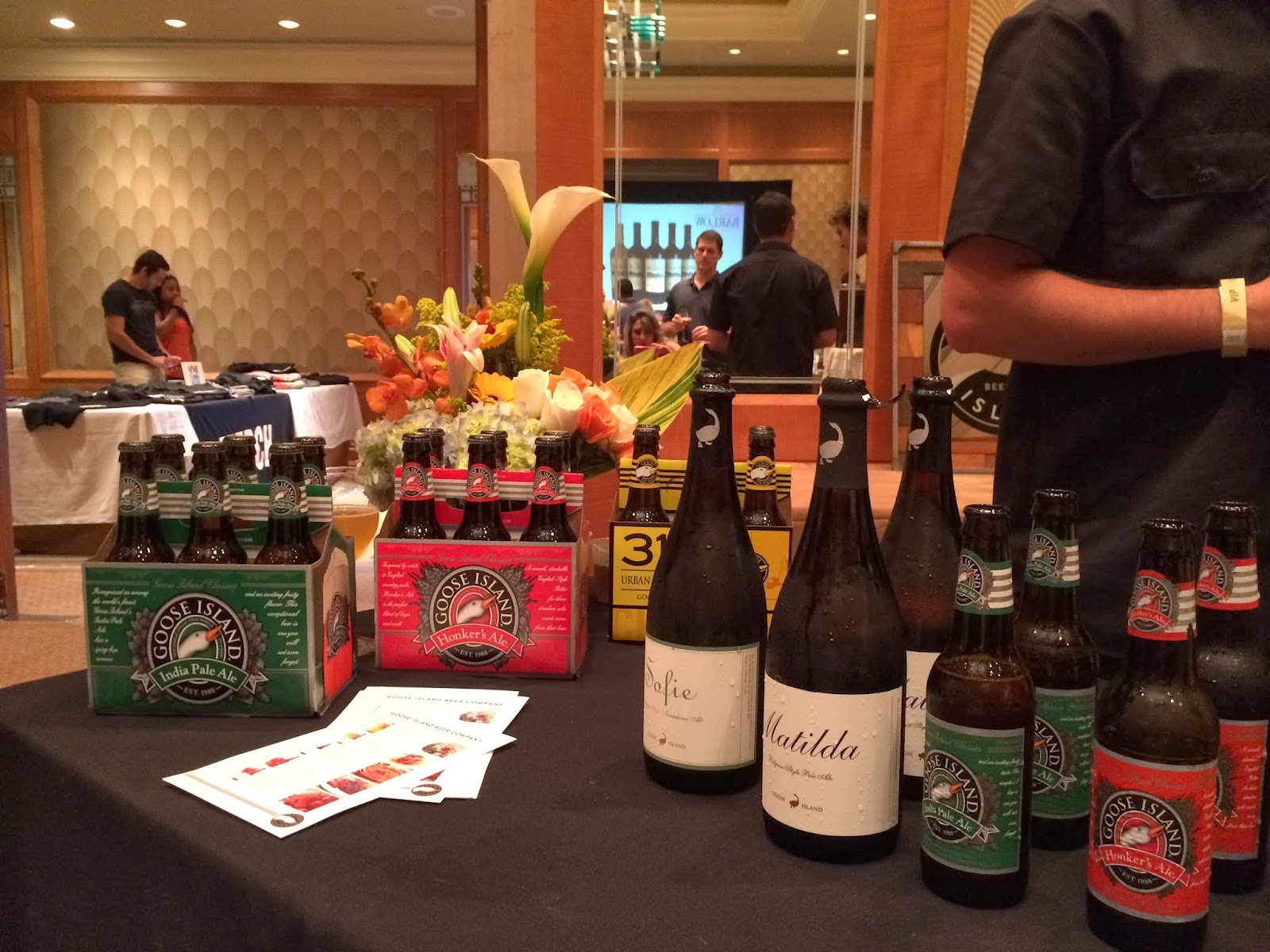