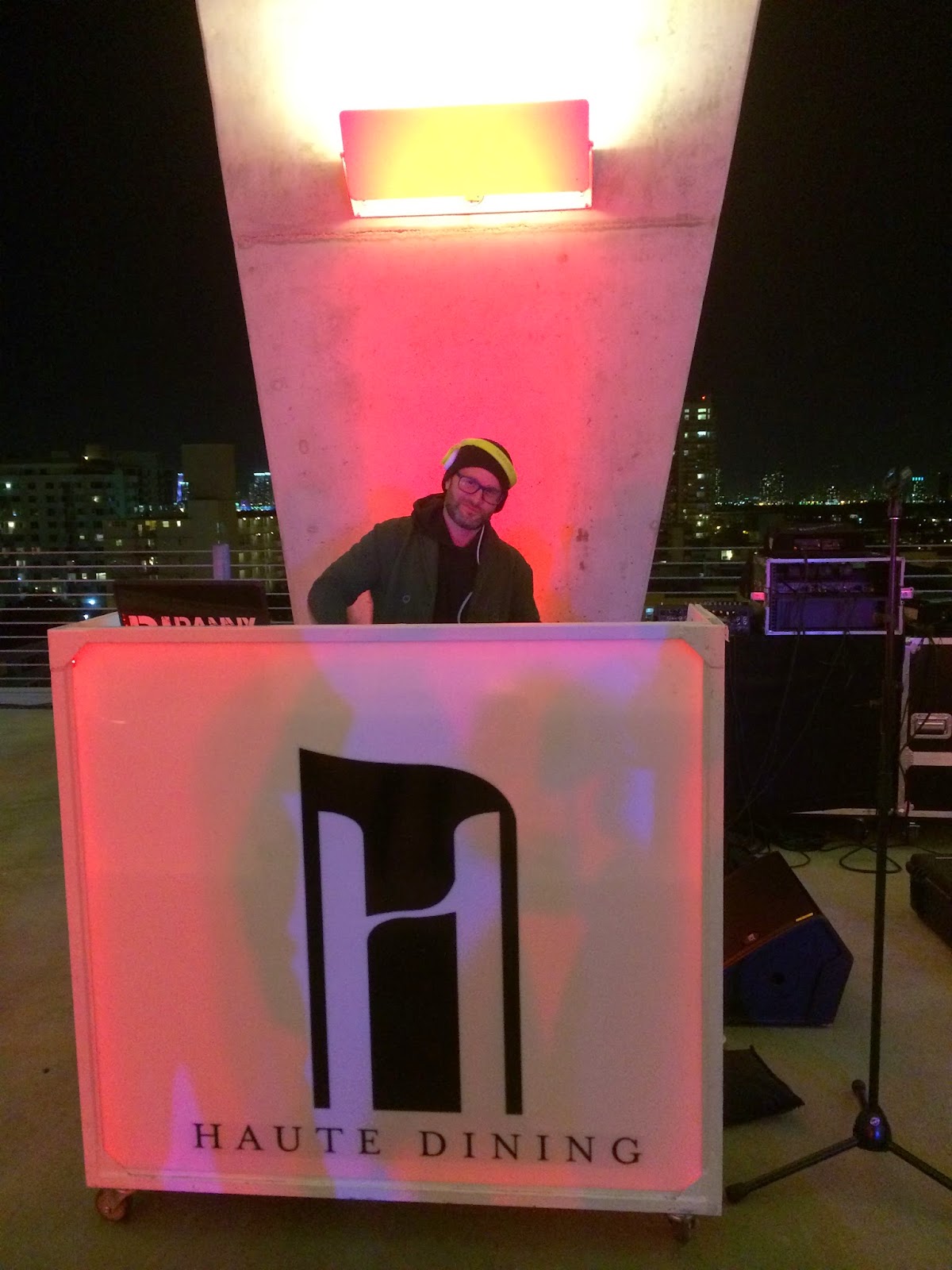 Wednesday night, Haute Dining and Brewery Ommegang teamed up to present Five Cubed, a culinary event organized to get Miami Food Week 2015 started--5 Chefs, 5 Beers, 5 Courses! Where? A Parking Garage on Alton Road in Miami Beach! Sounds sexy, right? DO NOT BE FOOLED! This was the place to be!

There was a VIP Dinner at 6 pm though my wife and I were invited to attend the after party at 8pm, where 15 chefs (including samples from the 5 Chefs that served the VIP dinner) would be serving awesome samples from their restaurants. And of course, the Ommegang beers and some spirits as well! We arrived characteristically early only to be invited by the awesome Haute Dining team to join the VIP main dinner at their fourth course. One of the team members shifted people around to get two seats together! 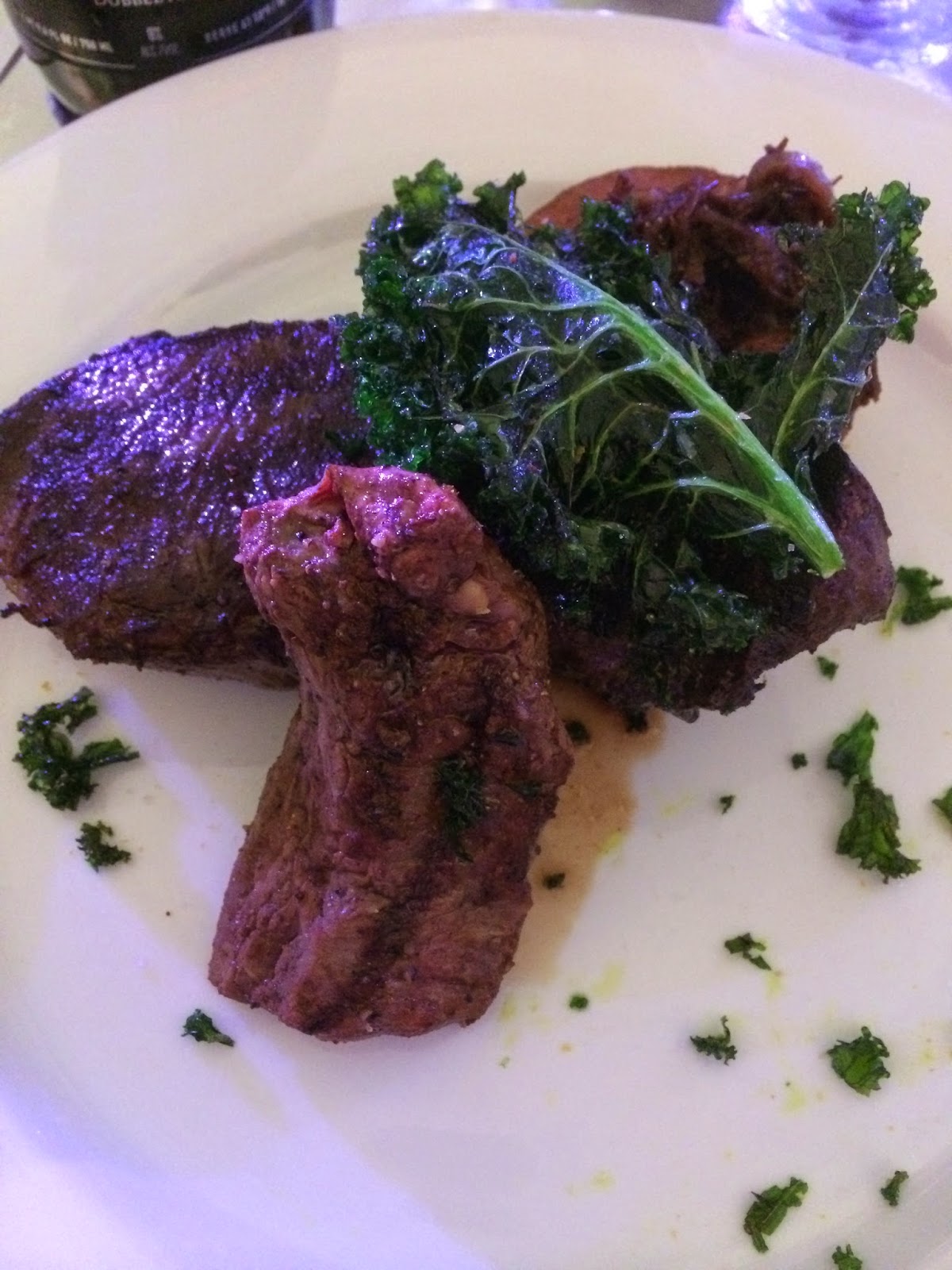 Holy Shit! Hop Chef Miami 2014 Winner Sean Brasel from Meat Market was serving me a Prime Rib dinner. Thank God! A replacement for that not so great Valentine's Day steak a few days ago (ask if you wanna know where). And it was being served with bottles of Game of Thrones Valar Morghulis, a Belgian-style Dubbel. That steak was so tender and juicy. Delicious!

In case you were unaware, Miami weather isn't really that perfect. This night was a low 60's with steady 20 mph winds, not that perfect for chefs trying to impress a crowd. Seriously, I grew up in Pennsylvania and was still chilly after the night, even with a warm coat. So when my Dry Aged Certified Angus Beef Prime Rib served two ways with a gingerbread doughnut arrived hot, I was impressed. And seriously, this was a mega-awesome steak! 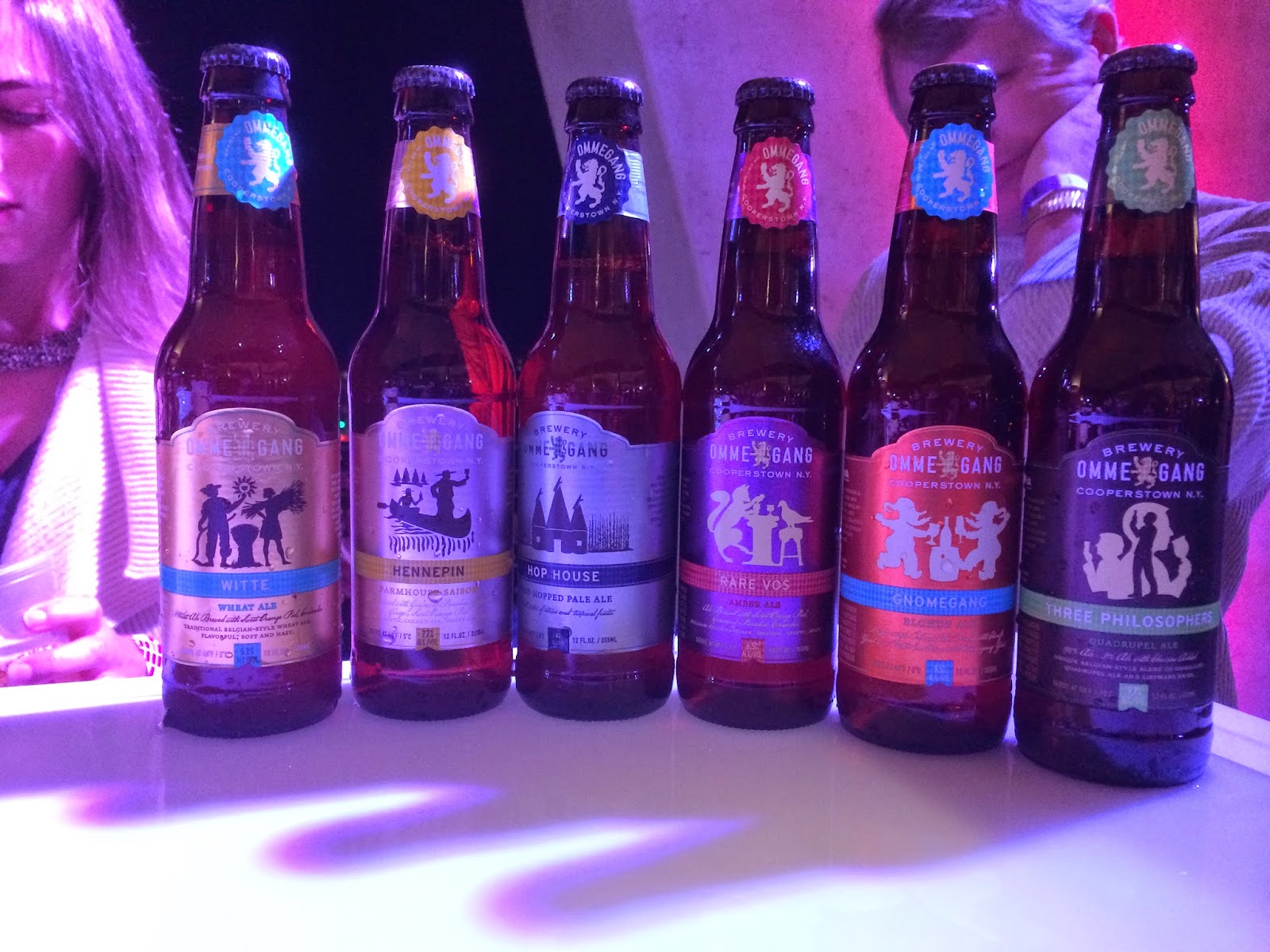 Once 8 pm arrived, my wife and I started exploring the other chefs' booths while the fifth course dessert was prepared. I double-fisted Three Philosophers glasses, and we chatted with some friends and took a look around. As a side note, I met the Three Philosophers from Haute Dining: the awesome Buzzy Sklar, Rick Lozano and Israel Brod!

Hello! SIT BACK DOWN! Adrianne Calvo fromn Adrianne's Vineyard was serving Dark Chocolate Nutella Croissant Bread Pudding with Vanilla Creme Anglaise. This dish was serendipitously paired with Ommegang's Three Philosophers, so I was already set! What a tasty morsel that was! Y U M! ! ! 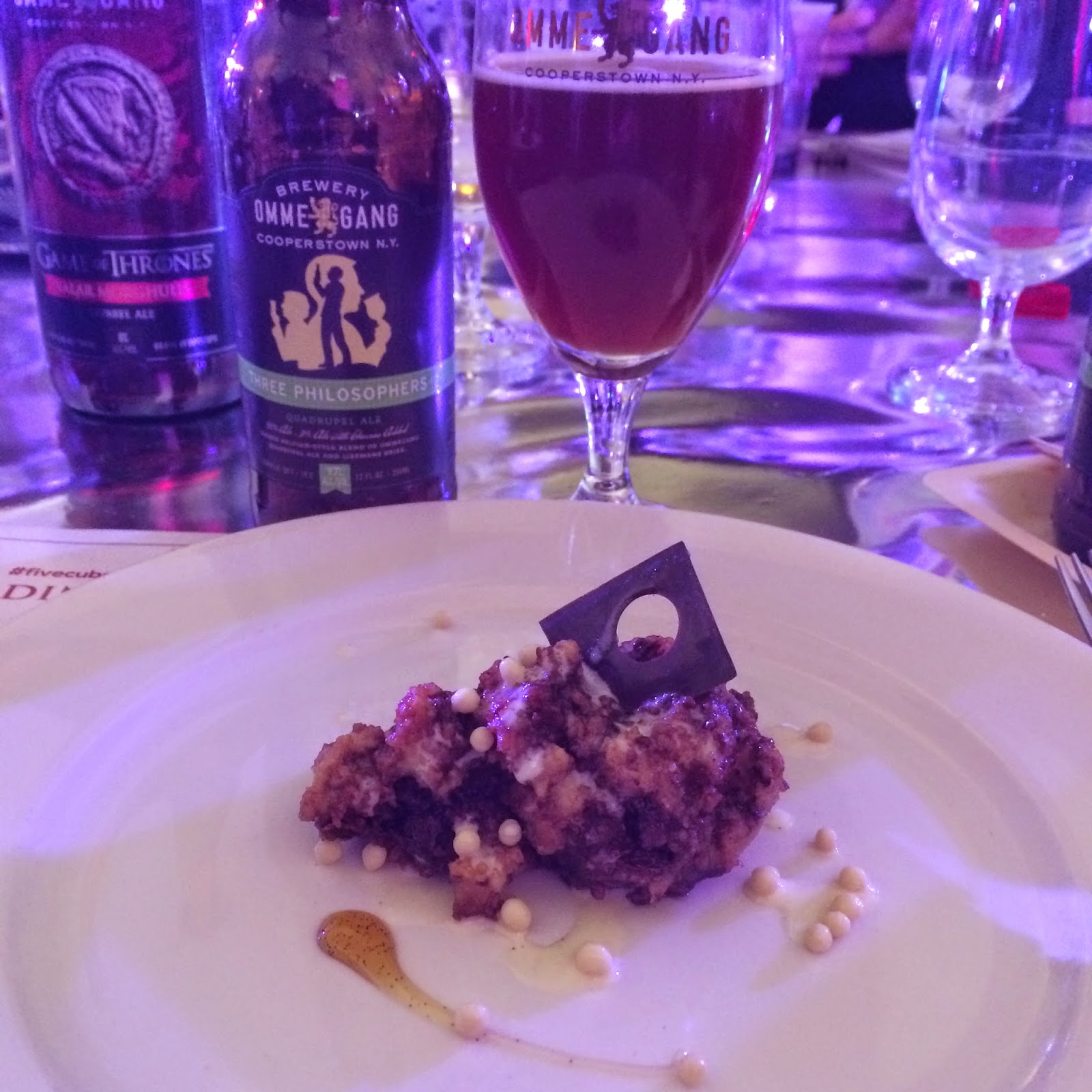 So back out to the booths, not the least of which to find samples from the first three courses! We found Alex Chang and his Golden Tilefish Crudo pretty easily, first stop. My wife even decided she wanted a photo with Alex considering his future fame and celebrity! Next stop, the R House Wynwood booth where we met the chef from another awesome evening with Ommegang.

We made our way around to every table. Spirits, food, DJ awesomeness. I chatted with the Ommegang executives--probably even be hired soon. Despite the wind and cold, everyone had a good time. The views of Miami Beach were spectacular.

Thanks for a nice evening. And don't forget to check out the Haute Dining culinary experience! If you enjoy great meals at top restaurants, membership is a must! They even have a 30 day free trial. 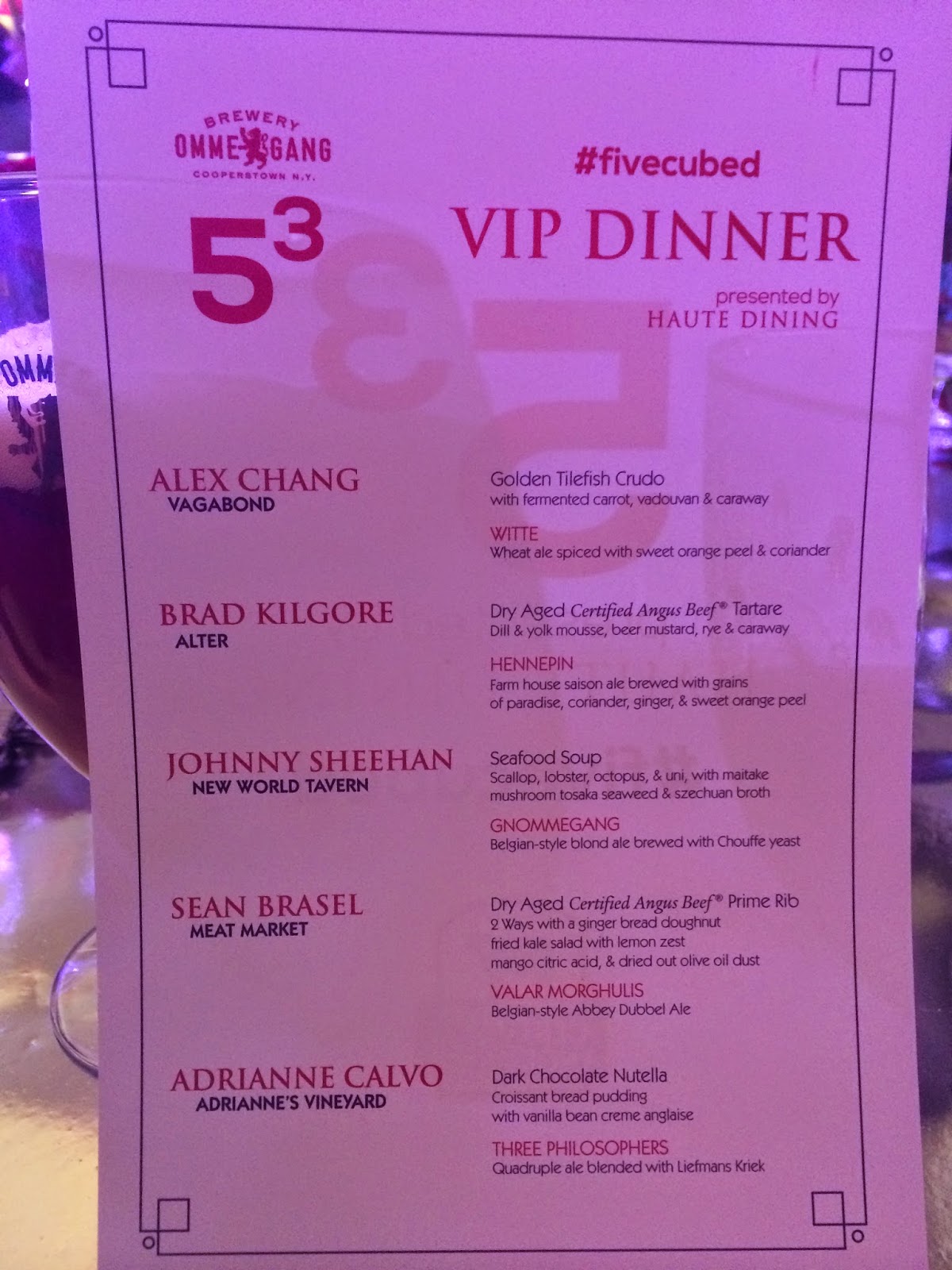 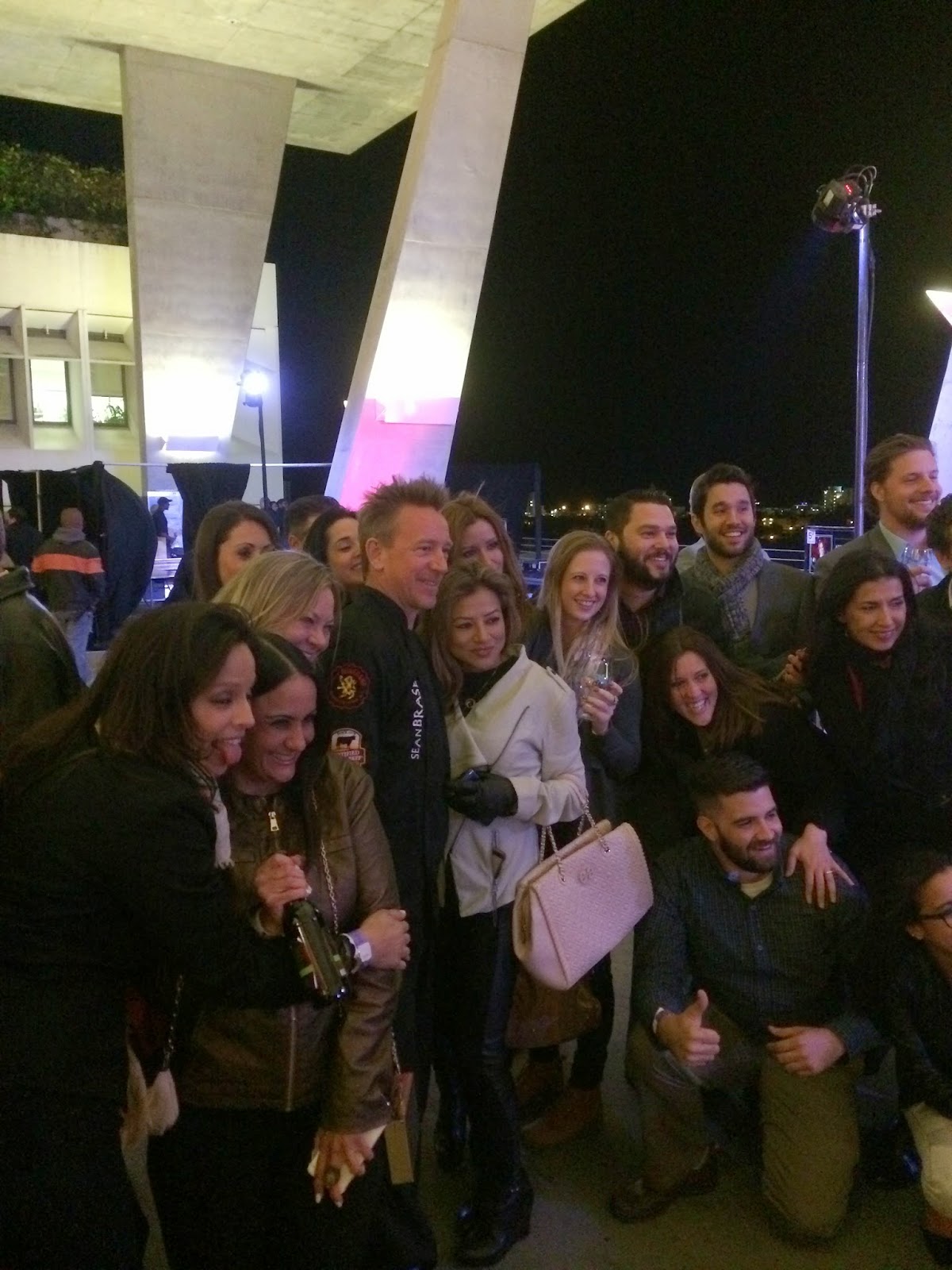 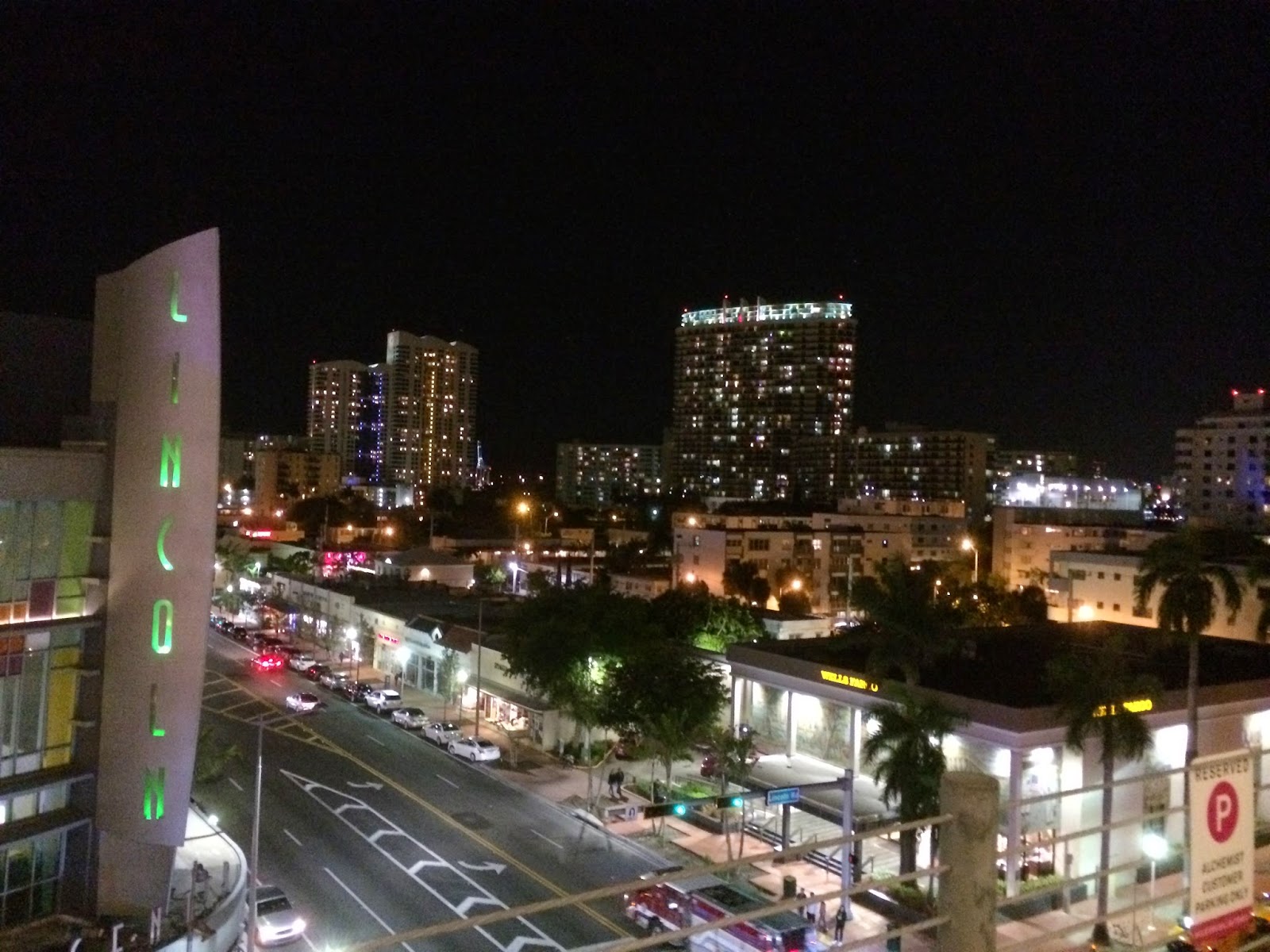 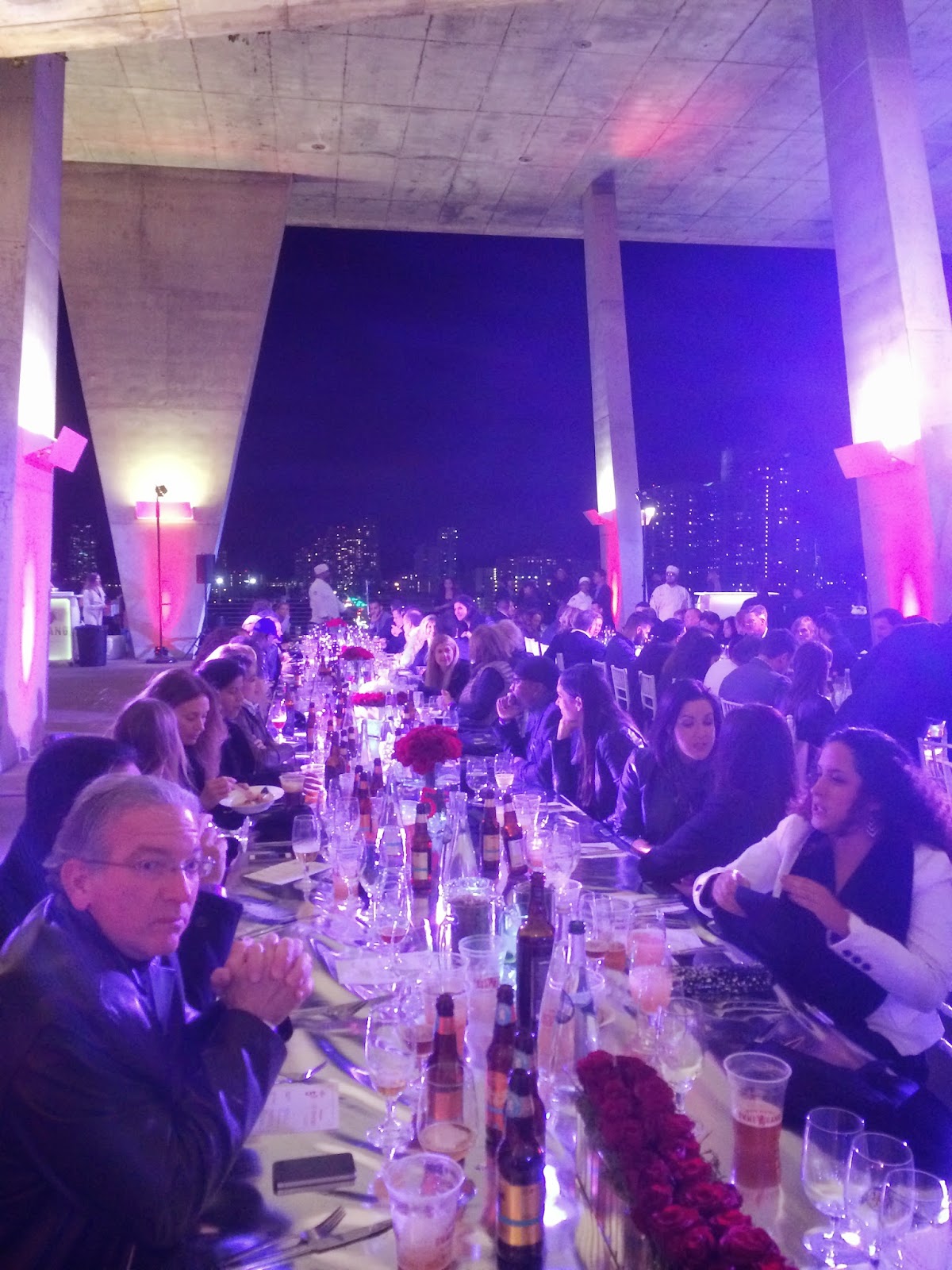 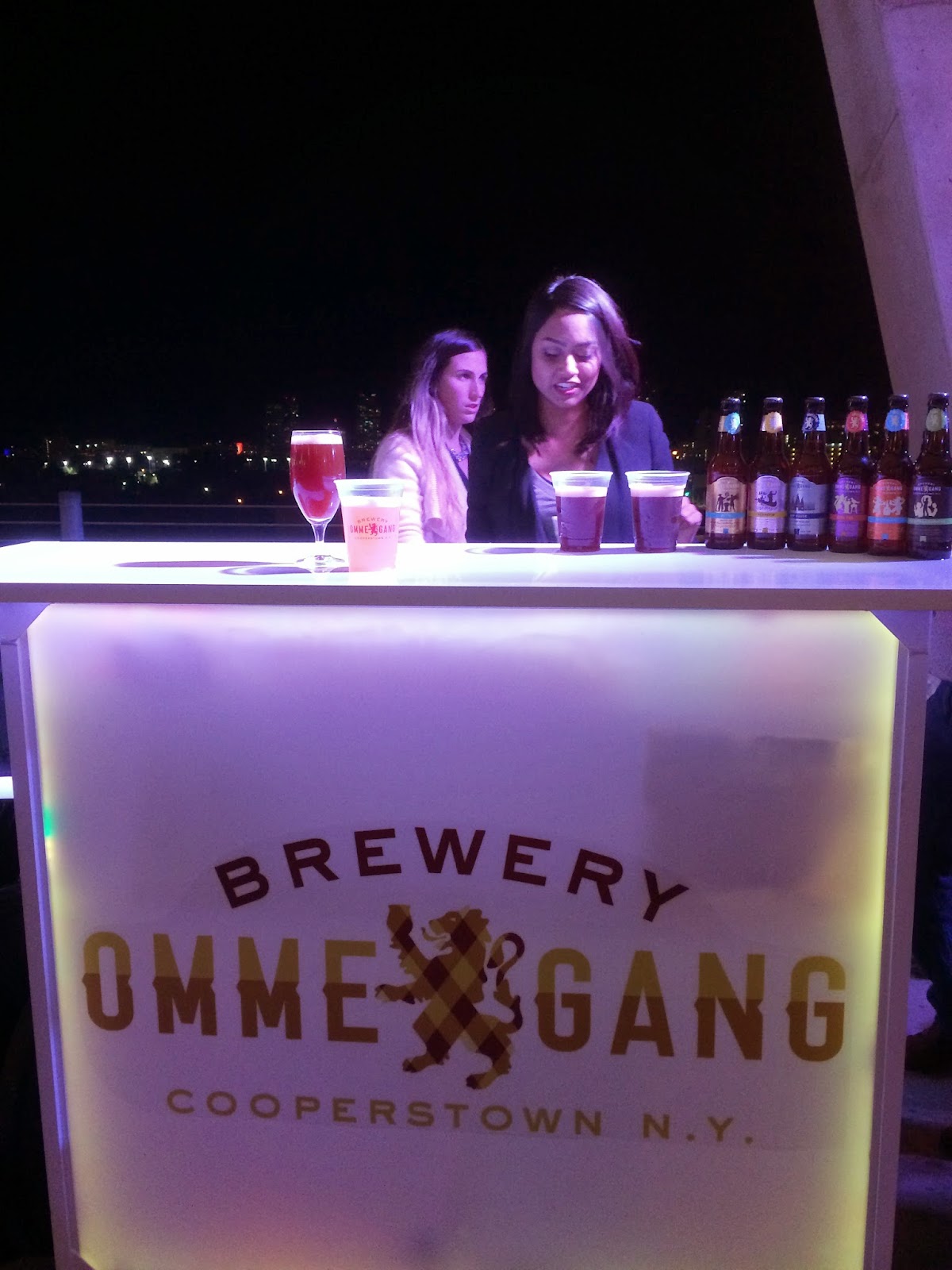 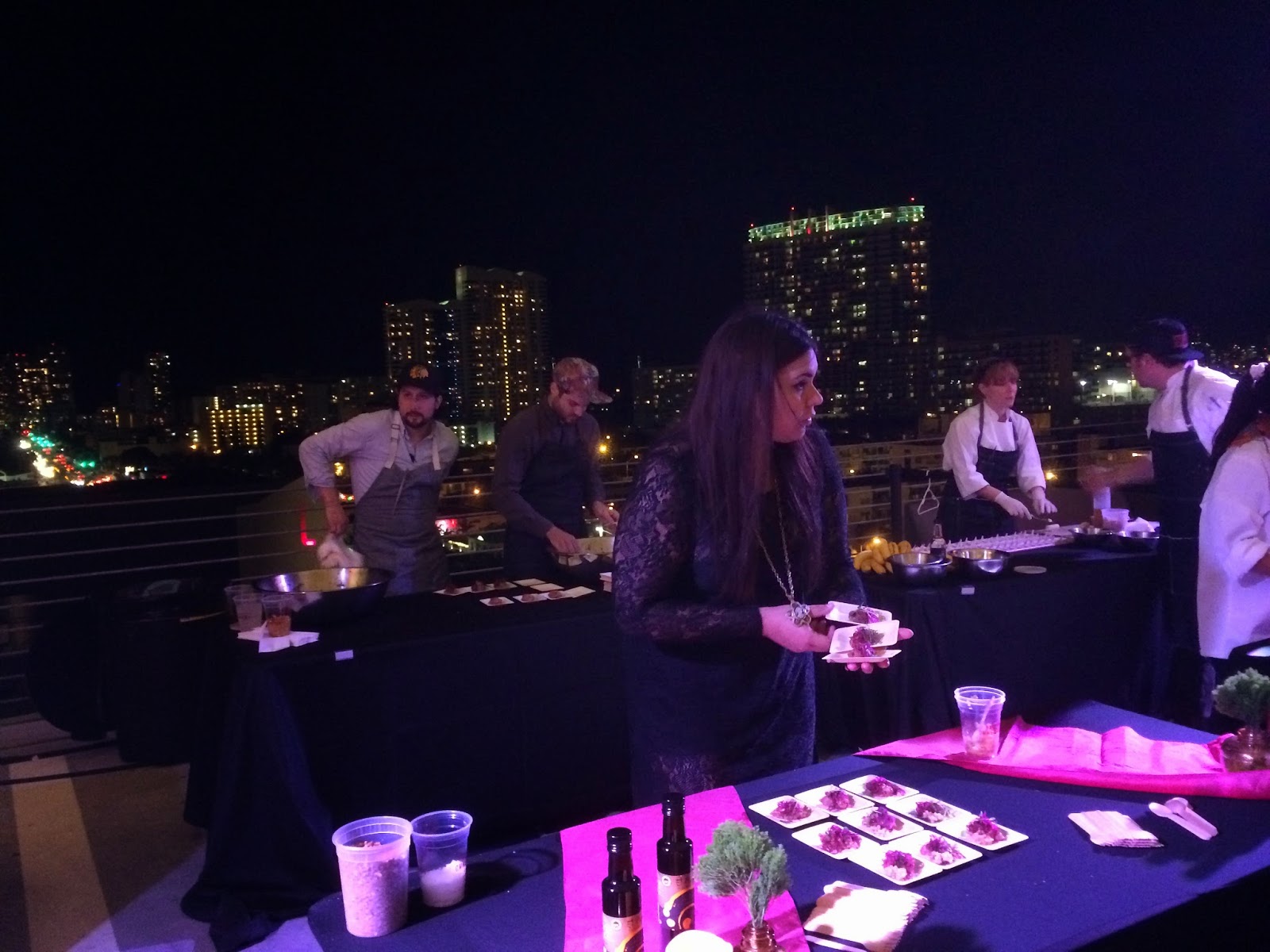 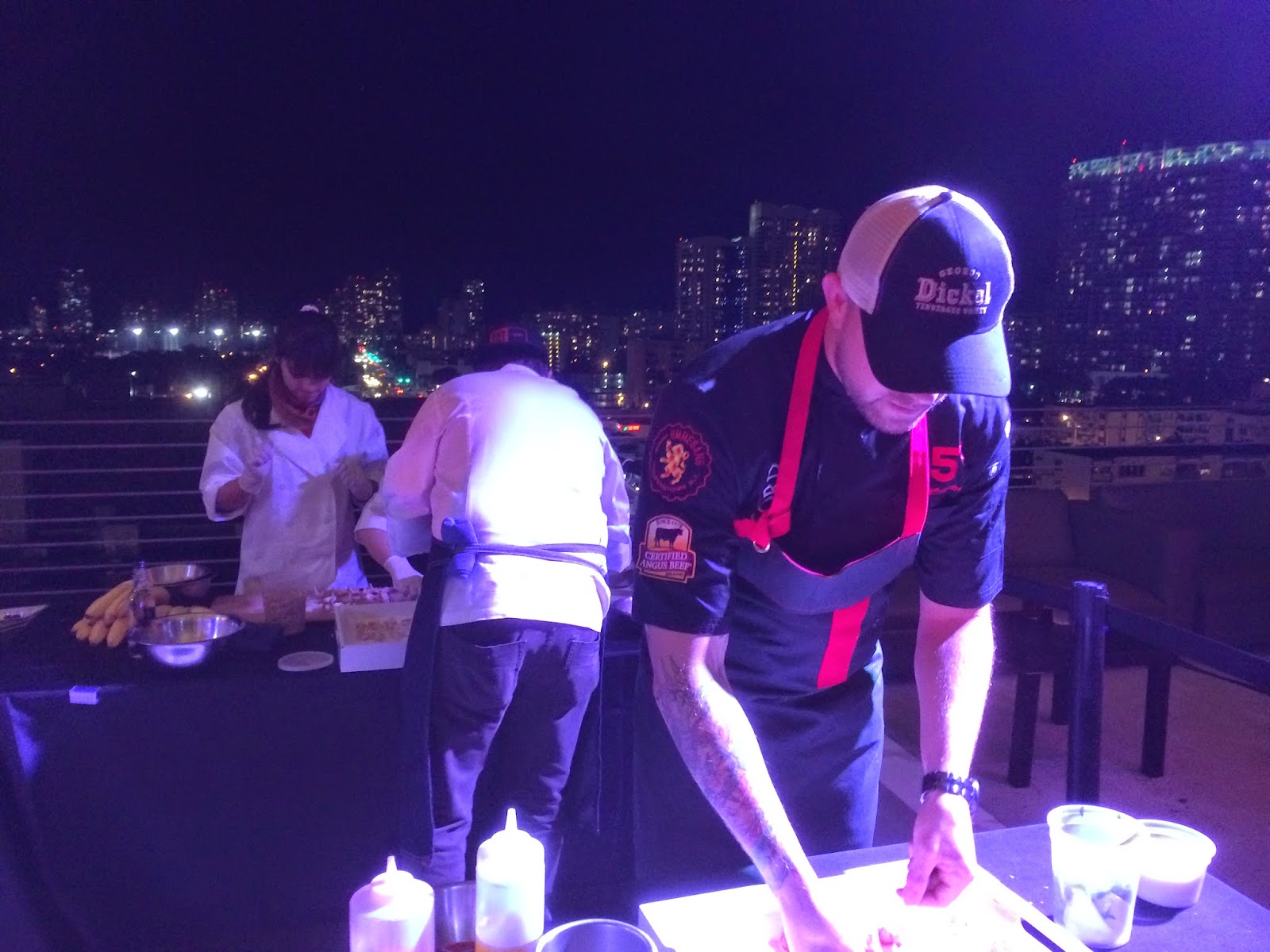 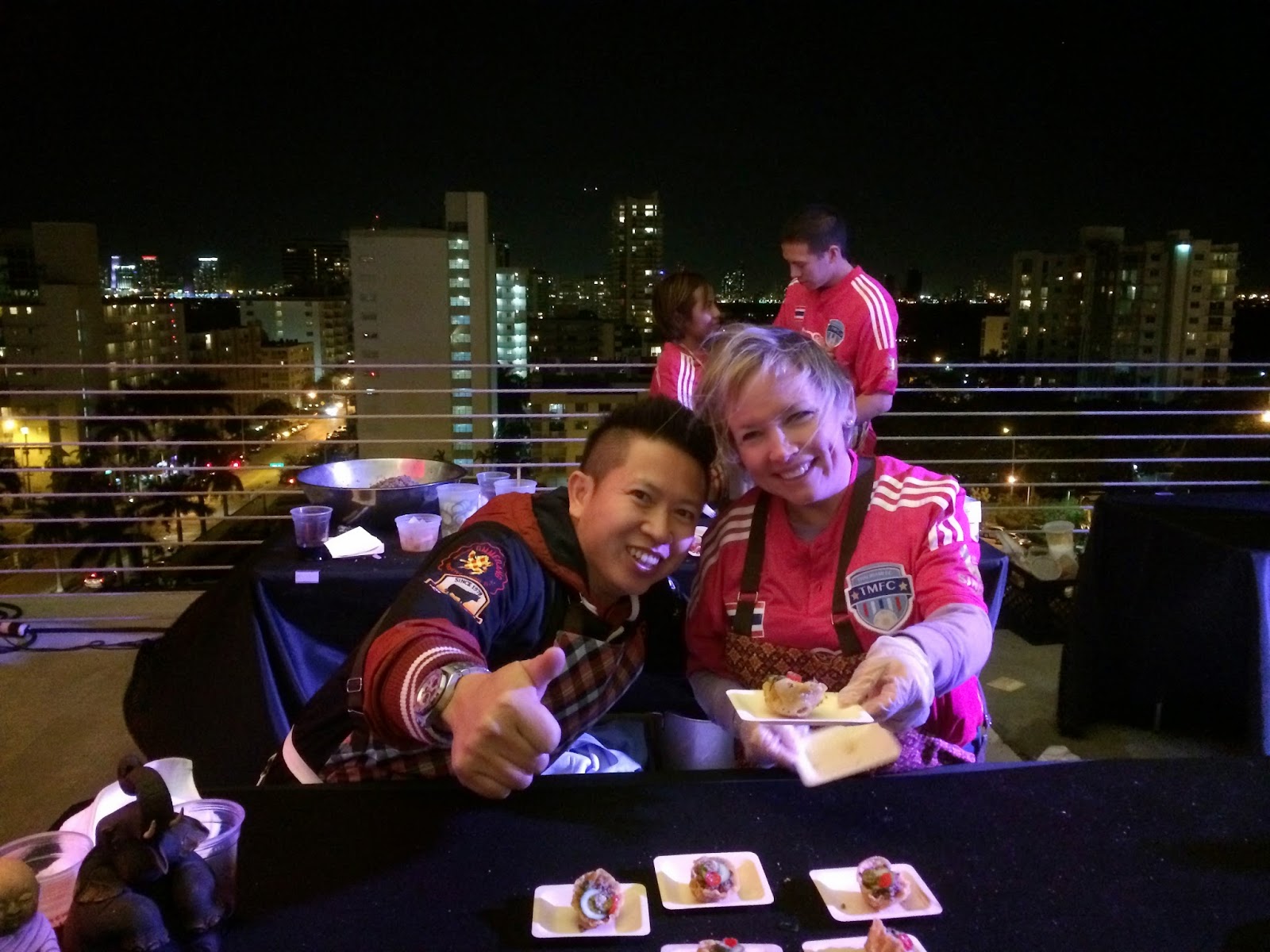 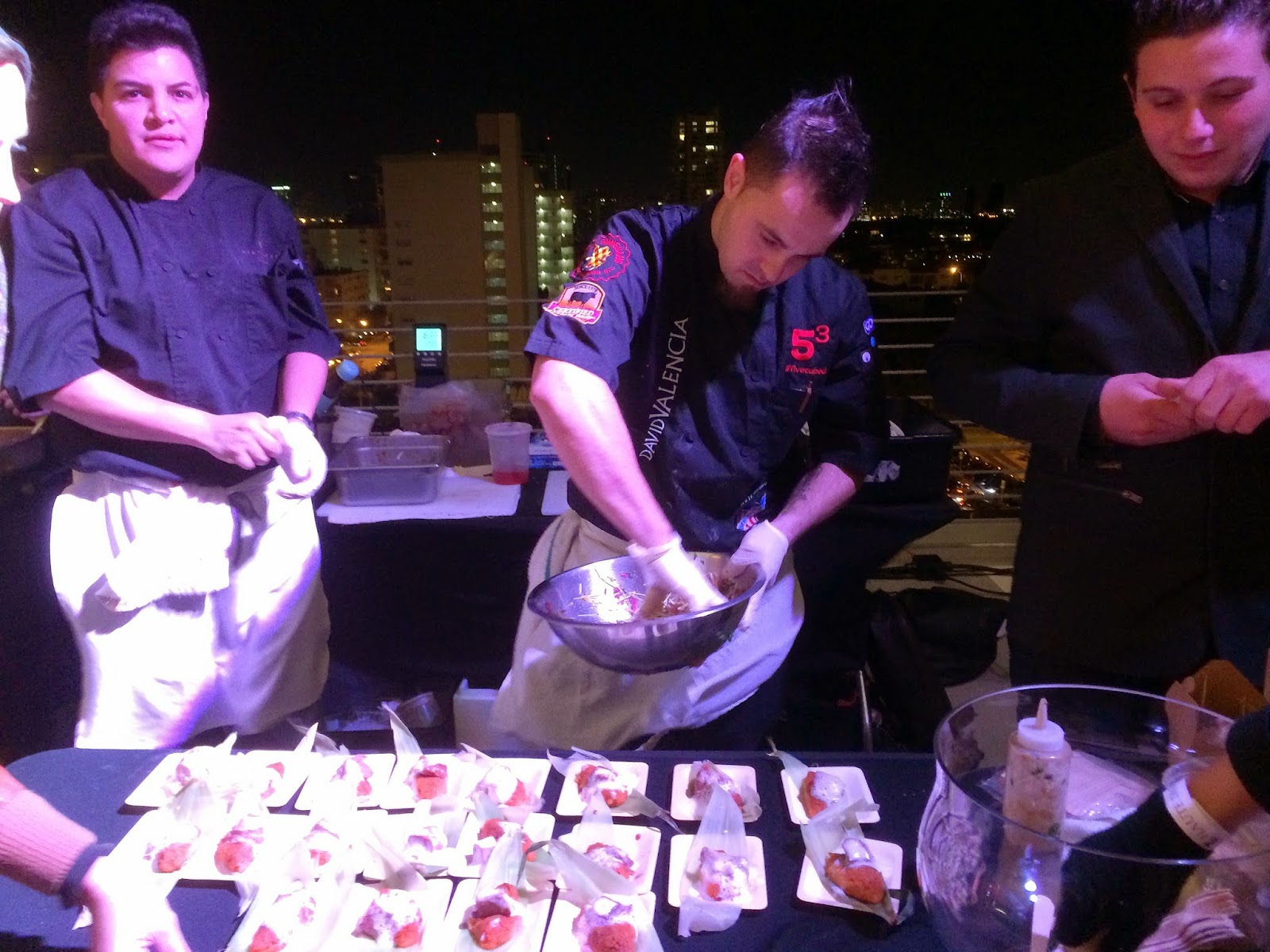 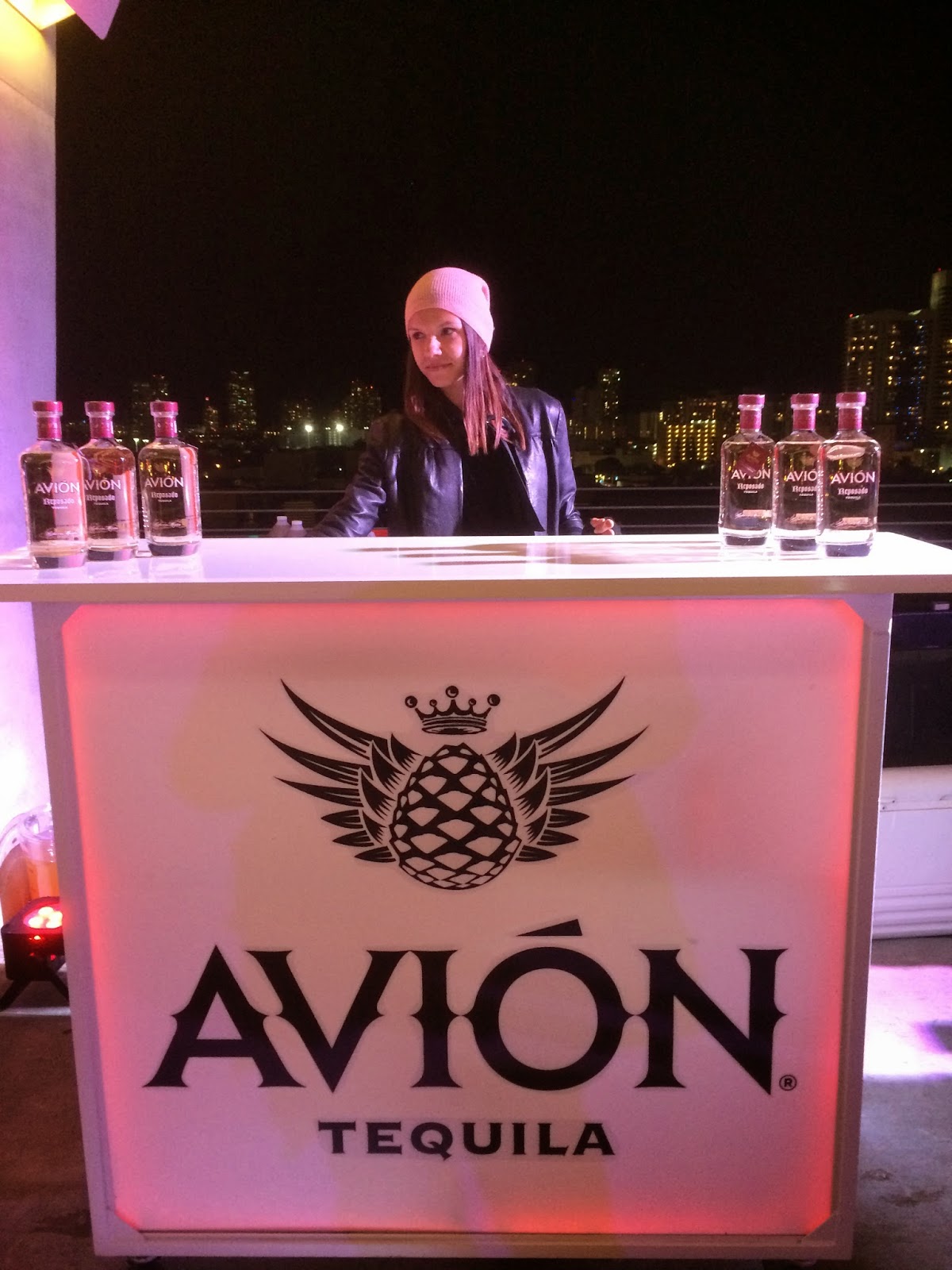 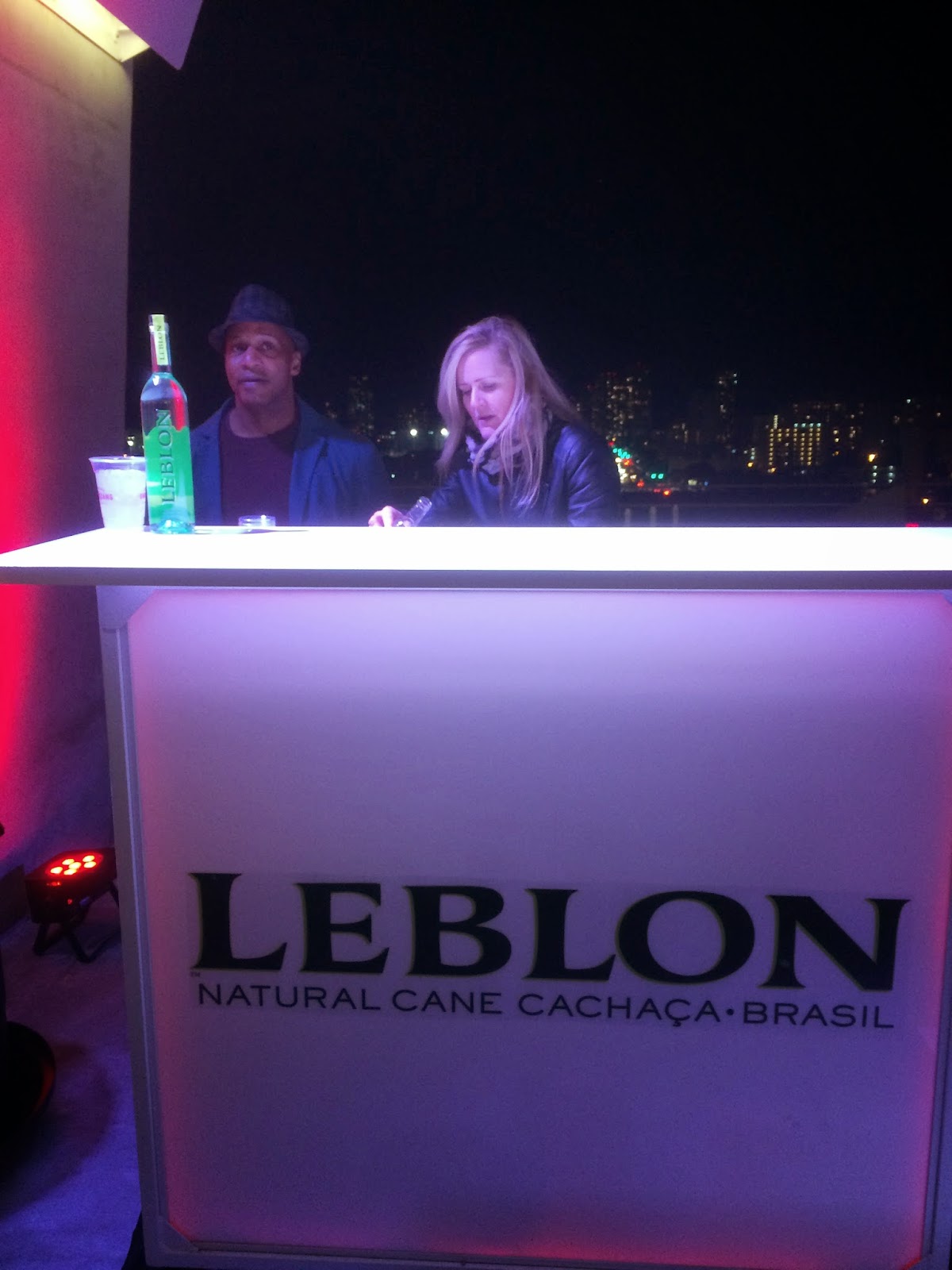 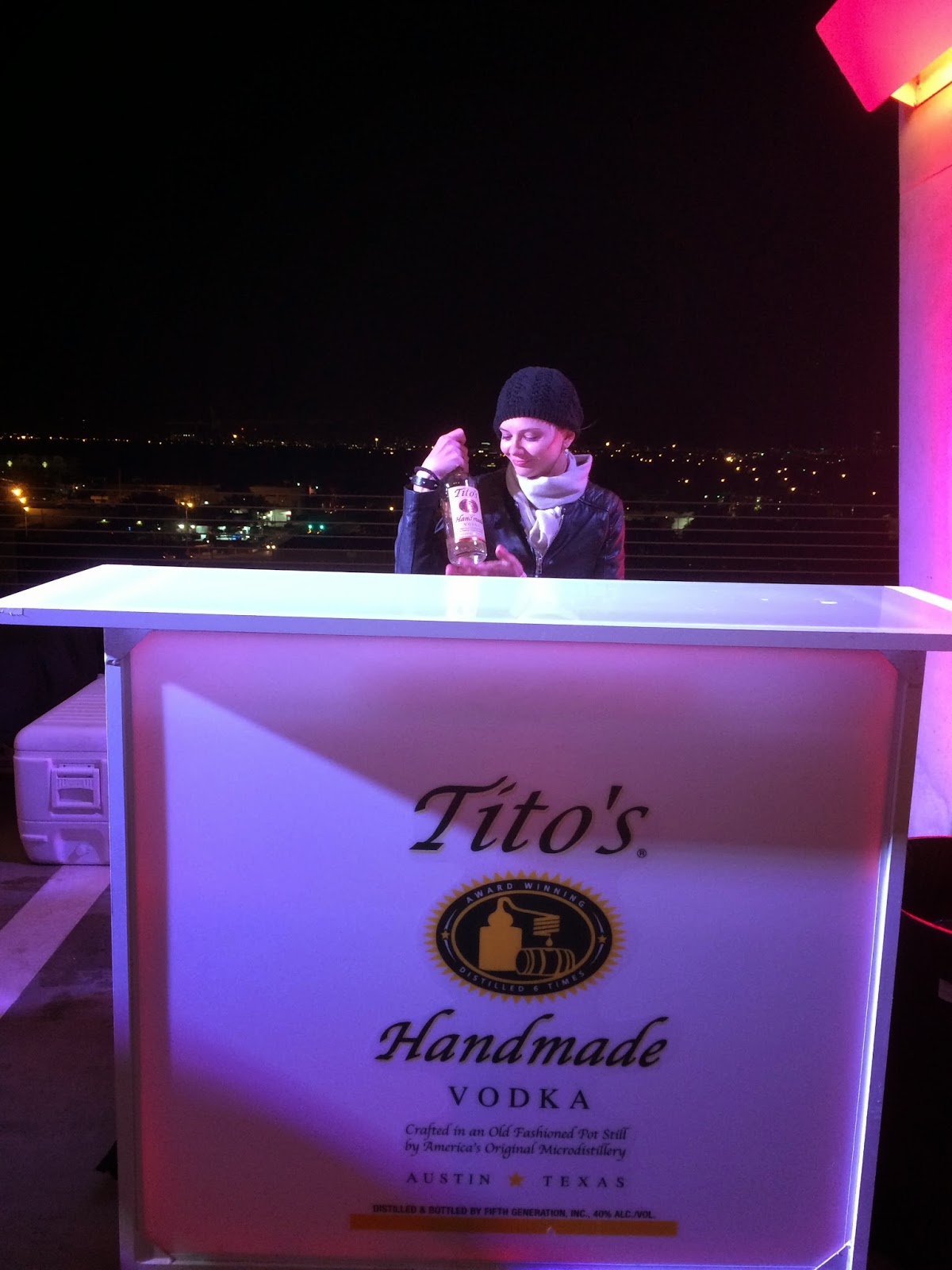 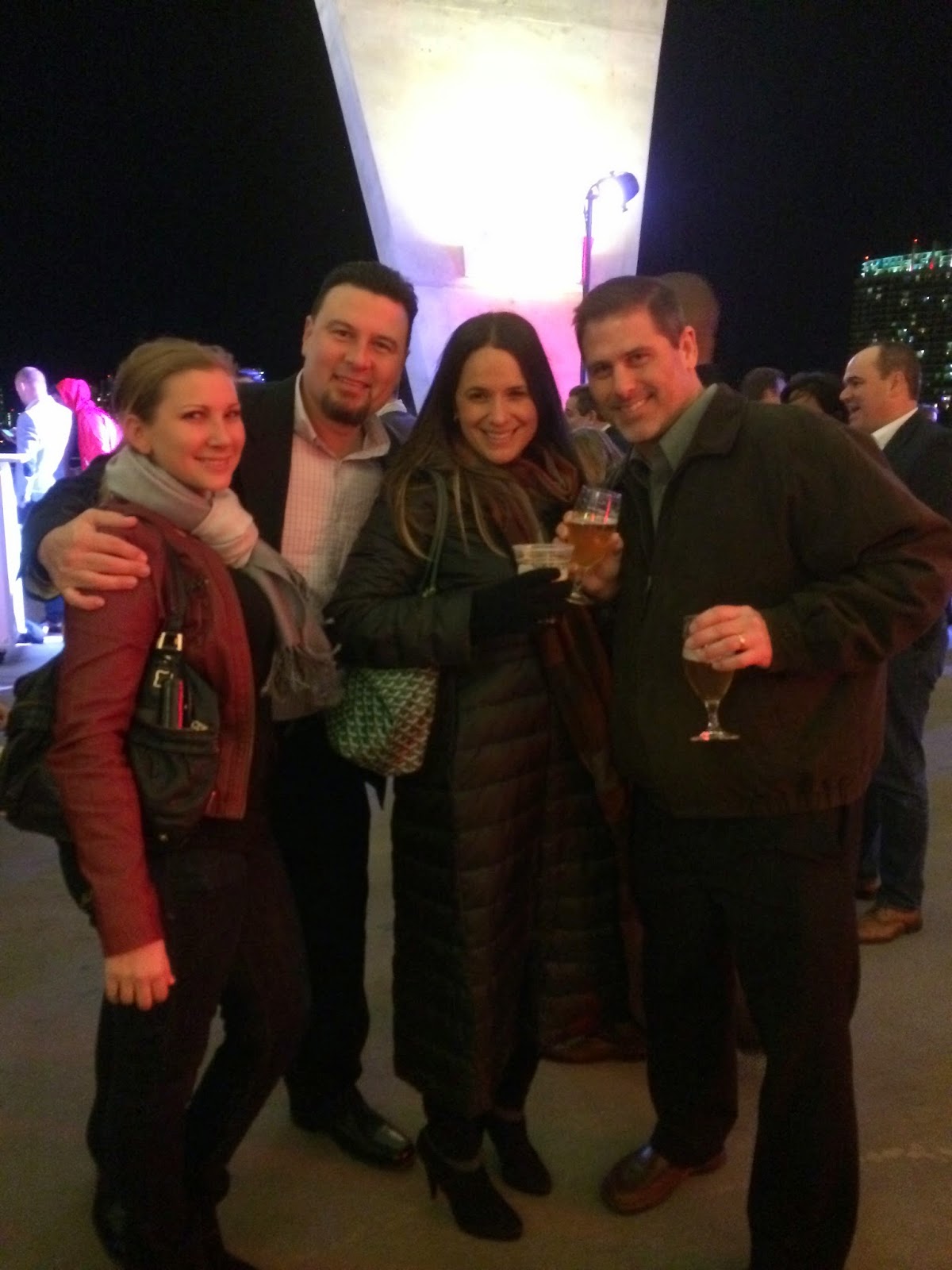 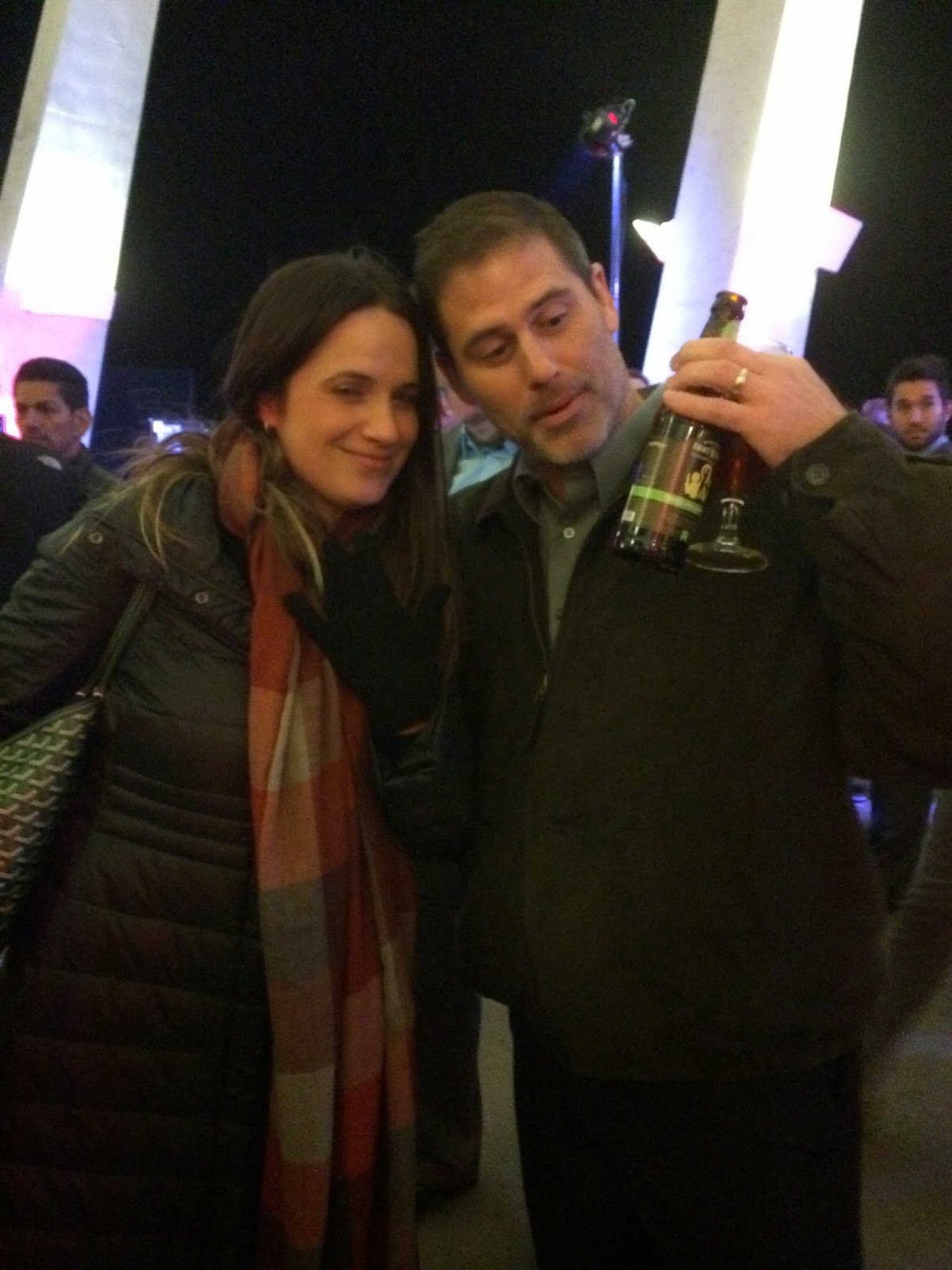 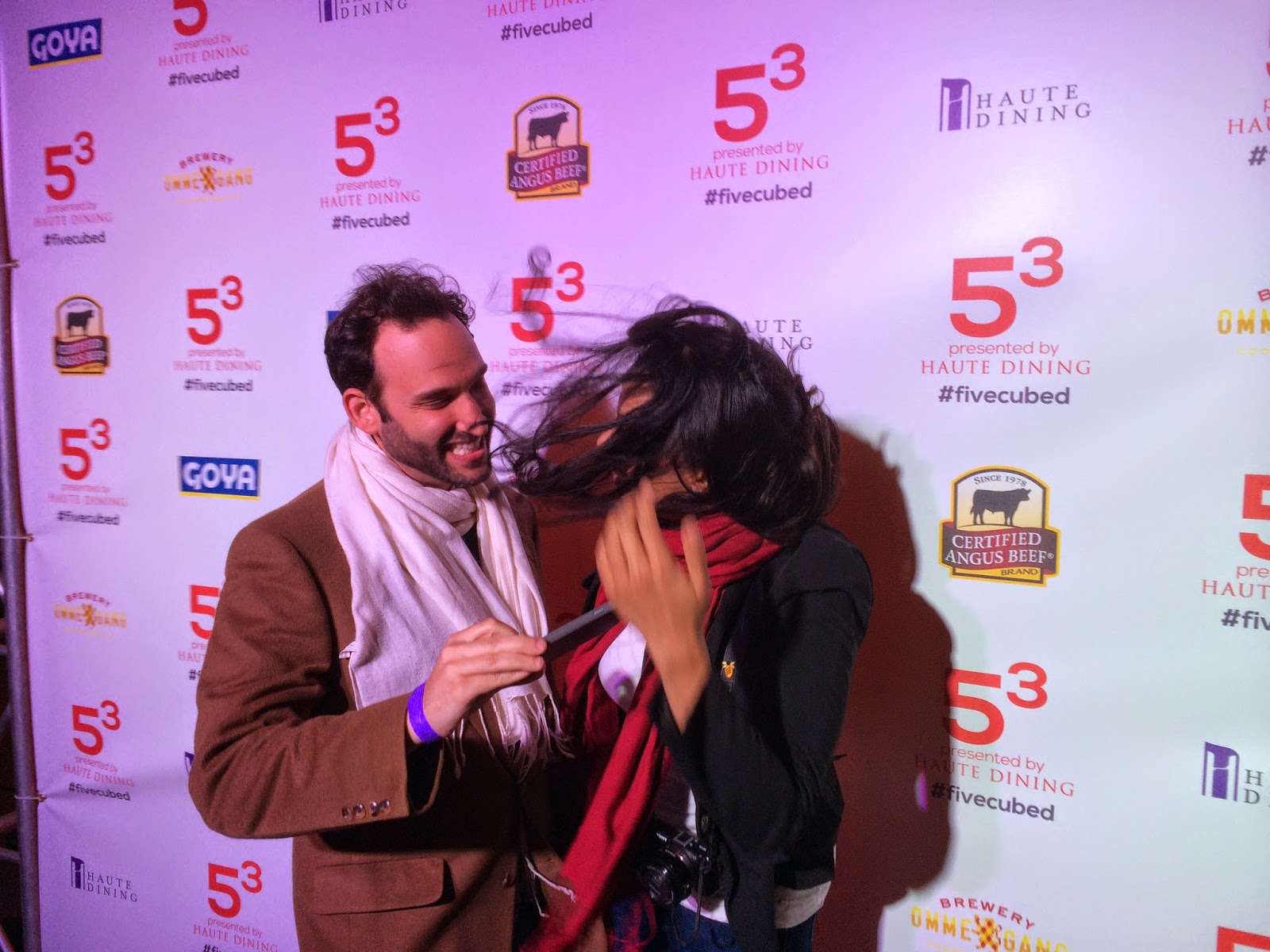