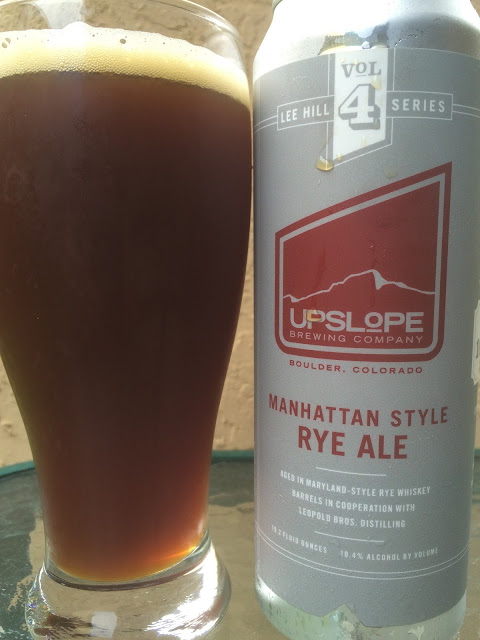 Basically, Upslope was going for a cool beer that emulated the Manhattan Cocktail. They created a beer with caramel rye malt then aged it in rye whiskey barrels to create this beer. Could it be like a beer cocktail (which I've heard little about lately) without actually doing the mixing post canning?

Ok. The aroma is pretty generic malty with a touch of alcohol on it. Caramel sweet flavors come first with a whiskey alcohol kick following. The rye is very noticeable, spicy (and enjoyable). This beer has tons of flavors, some big, some nuanced. Caramel and cola are the predominant flavors while cherries and molasses and vanilla poke in and out.

Well balanced. Definitely cocktail-like in its booziness and whiskey characteristics. Those do persist especially after drinking the (almost) half-40. I liked it. Was not obnoxious whiskey ruining my beer, and those barrel nuances did add to an otherwise tasty brew. Check it out and share the big can! 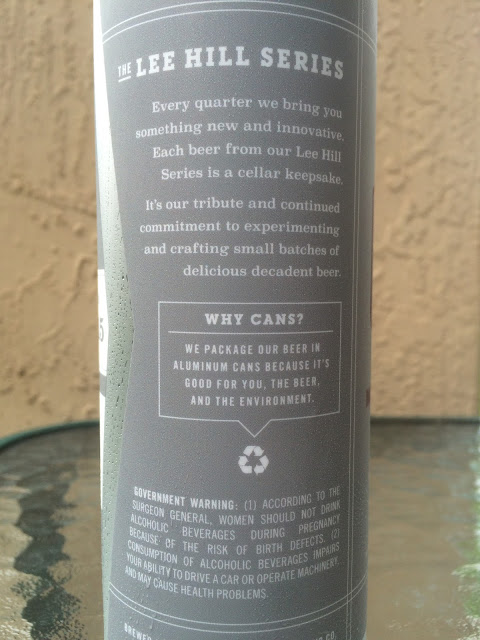 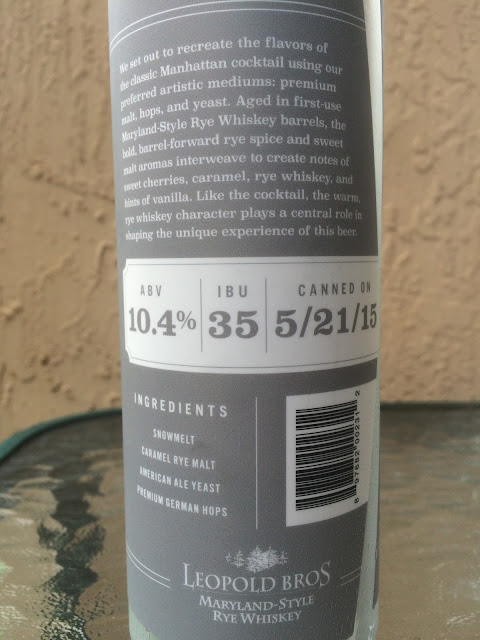