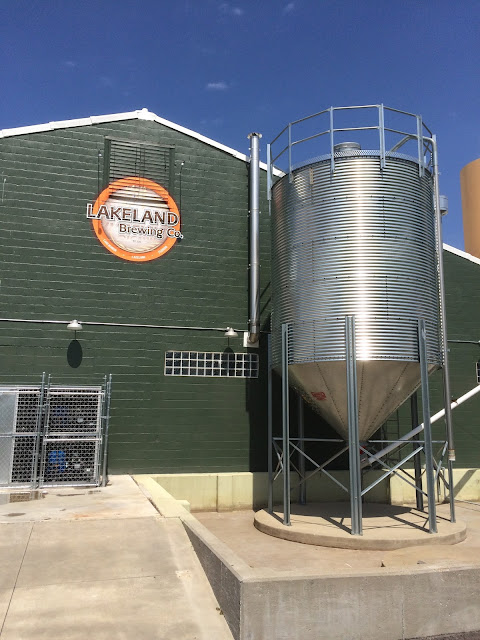 Saturday morning, jumped out of bed and put on my best suit (I mean beer t-shirt). That's right! #EpicBreweryWeekend was about to begin! After a hearty breakfast with the kids and grandma, my wife and I said goodbye to them and Disney and headed south to our first brewery stop of the weekend.

We arrived promptly five minutes before opening at Lakeland Brewing Company in (Surprise!) Lakeland, FL. We were greeted by a hostess, and while there were a few other employees getting started on their days, we pretty much had the place to ourselves. The tasting room was huge and really beautiful. I bet it would make a great space for a wedding reception, but alas, I'm already married. 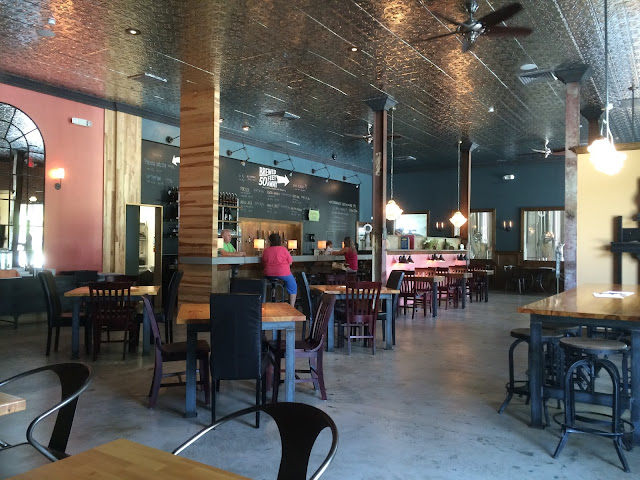 Anyway, LBC opened just a few months ago. We got some information from our very nice server Sara about the area and brewery. They had six of their own beers on tap and one from Jdub's Brewing out of Sarasota. So we decided to do two flights of four and save the last glass as a wildcard for our favorite.

When all was said and done, the favorites were Acer Nook (which we doubled up on for our final sample), 80 Acres Abraham and Portico. Acer Nook had great orange and tangerine and honey sweetness while the other two beers lent themselves to hoppy refreshment. We did also enjoy Jdub's Poolside Kolsch--might have to go there at some point!

Sara told us that the brewery is popular with students from nearby Florida Southern College (my guess is they hadn't rolled out of bed yet on Sunday morning at the time we were there). Outside the tasting room was another huge area that included all the brewing tanks and an area that was to become another tasting area and a beer garden. 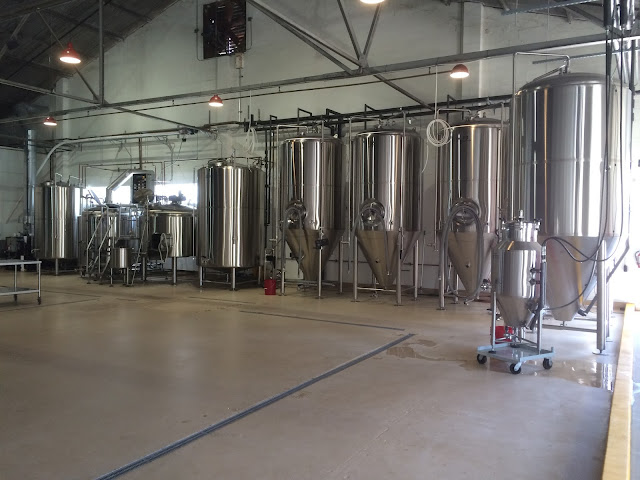 We were permitted to do a self tour of that area since none of the brewers were available. Everything was pretty big scale for a brewery so new. Overall impression of the facility, location, equipment, tasting room, service, etc. was excellent. The beers were all very straightforward and simple. That's not a knock as we had some flavorful brews. But I'm sure they will eventually branch off and get a little more creative/diverse with their options.

Thanks for the hospitality! Next Stop... Brew Hub! 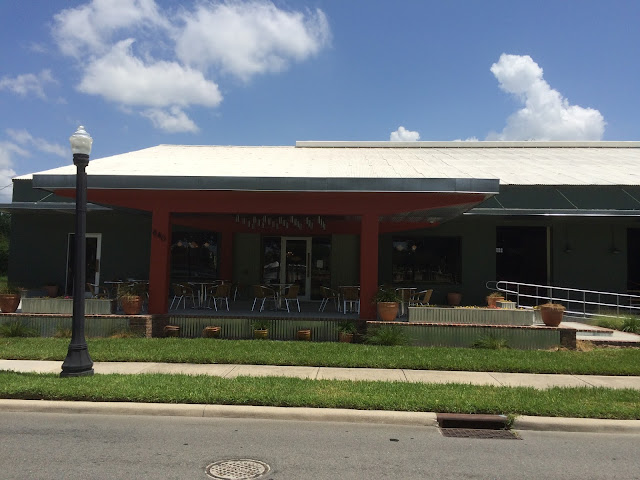 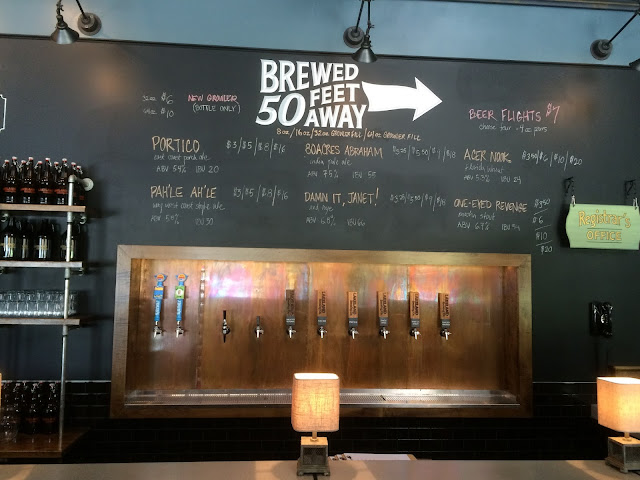 I think it's a good thing they came out with a line that was pretty straightforward. I mean, I guess sales will be the true indicator rather than my personal opinion, but if you can show a mastery of the basics, it speaks volumes for what you can do when you start to experiment and play around.