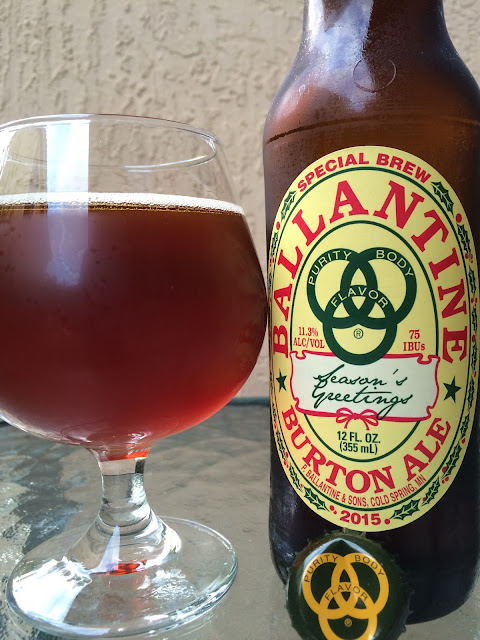 Pabst recently recreated "The Holy Grail" of beers, Ballantine Burton Ale. Burton Ale was never actually sold; rather it was given to workers, friends, even Presidents of the United States as Christmas presents. I don't have a lot of new history or back story to offer about the beer or style, so here is a version that I like!

I do think it's pretty cool that Dogfish Head did a tribute beer called Burton Baton. Here's a pretty fun story where Hoptopia (remember him?) bought a few bottles of the original beer and shared them with Sam and the Dogfish gang!

After a few sips, the oak starts to build a bit and jump out. I was actually expecting more but considering this wasn't aged 10 or 20 years like the original versions, the oak was fine. Sweet but enough hoppiness to tame that aspect. Oh, and an alcohol kick also helps out with the sweetness, though comes across on the harsh side.

Normally fruity and alcohol equals a winner but I'm not sold on this. The story is better than the beer for sure. I have a few more bottles to keep around to see if the alcohol mellows. While I'm not anxiously looking forward to opening them, I would probably drink one with President Obama given the opportunity! Hint Hint! And then we'll put down a sixer of Burton Baton which kicks this beer's ass! 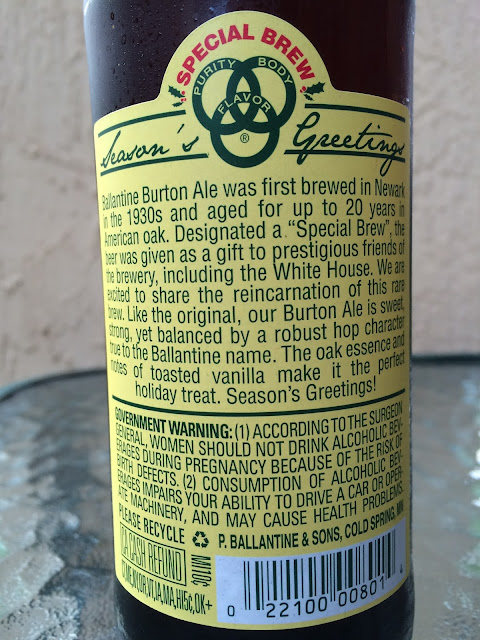 Posted by Beer Drinker Rob at 7:17 AM