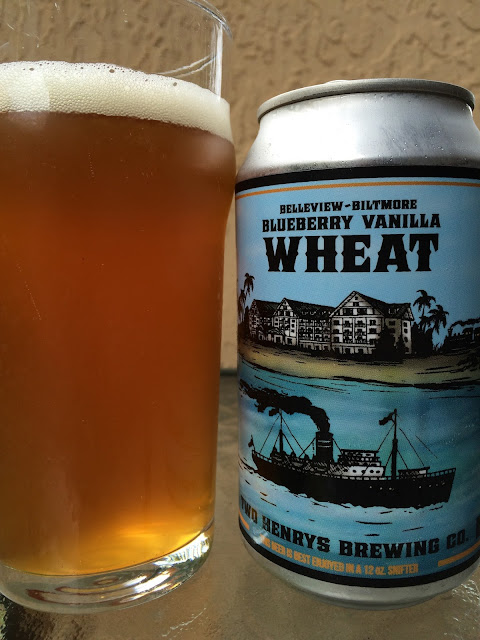 Two Henrys Brewing from Plant City, Florida created a blueberry vanilla wheat ale and named it after a historic Clearwater resort. The label is beautifully designed by Rush Design, depicting the Belleview-Biltmore with a ship passing by in front and a train passing by behind. The story on the back of the can explains that when Henry Plant built this hotel, it was no mistake that his railroads and ships kept it full with guests.

BTW, yes, the "Two Henrys" are Henry Plant and Henry Flagler, inspiring beers a century later! The can goes on to suggest this is best served in a 12 oz snifter, which I didn't do. 5.3% alcohol. 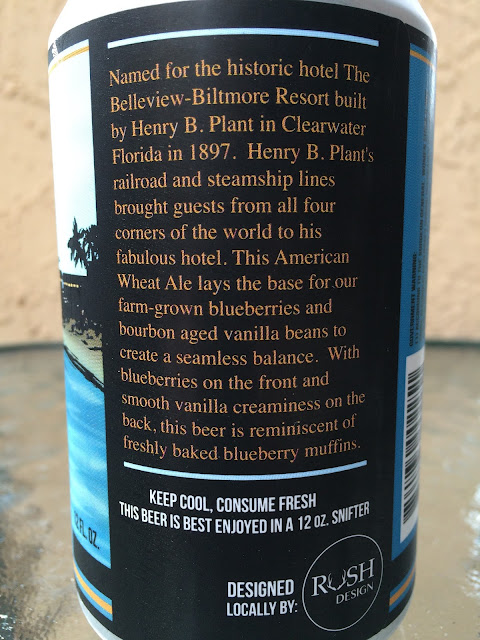 Nice aroma, full of vanilla with just a hint of blueberries. Blueberry flavors, however, come on a lot stronger flavor-wise. Lightly  tart, lightly sweet, and while full of flavor, you will never be overwhelmed by a blast of blueberries.

On the other hand, a rush of rich vanilla shows at the finish of each sip. You will get used to it, but just a touch less might be nicer. Lightly bitter overall, which adds to the refreshment. Simple but tasty, and I can probably agree with the beer story's self evaluation, "reminiscent of freshly baked blueberry muffins." Check it out! 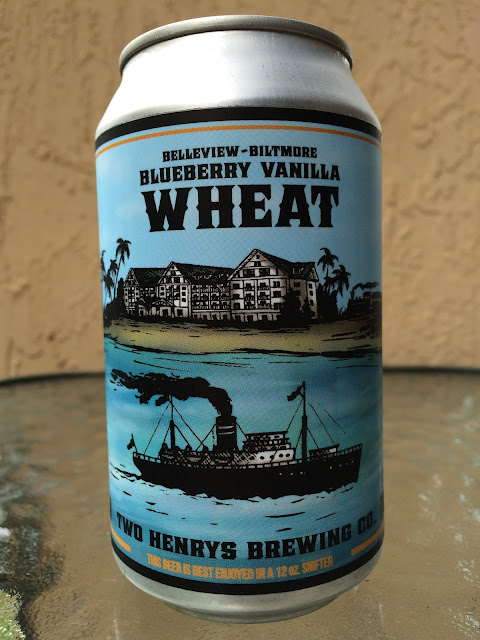