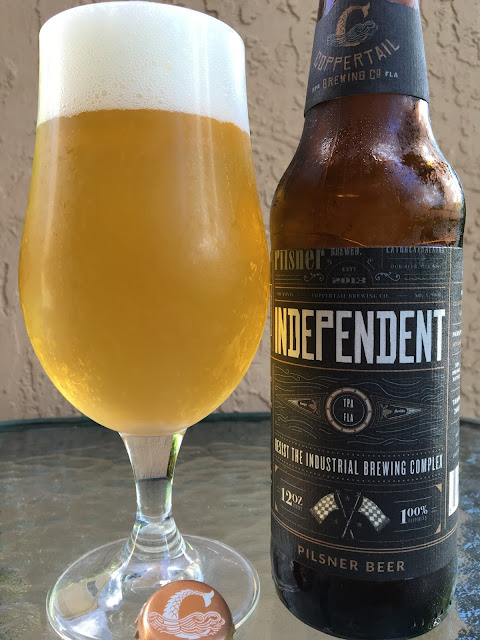 Today I'm checking out Coppertail Brewing's Independent Pilsner. This beer was released a few months ago in Coppertail's Tampa tap room with a little flair. Patrons on one particular weekend could bring in an unopened "Industrial" bottle of beer and exchange it for this beer.

Coppertail President Kent Bailey stated, "It's all about getting those industrial beers out of people's hands and off the streets so they won't harm any more taste buds!" The bottle label shows off a lot of "America" type slogans and thumbnail art, and suggests you pair this beer with hot dogs and apple pie, duh!

Sweet grain, nice aroma. Terrific flavors! Sweet grain meets hoppy bitterness. Grassy, nice little sharp digs at the palate. There is a background tanginess. Pretty simple, but flavorful and just right. I Independently put away a sixer! Check it out! 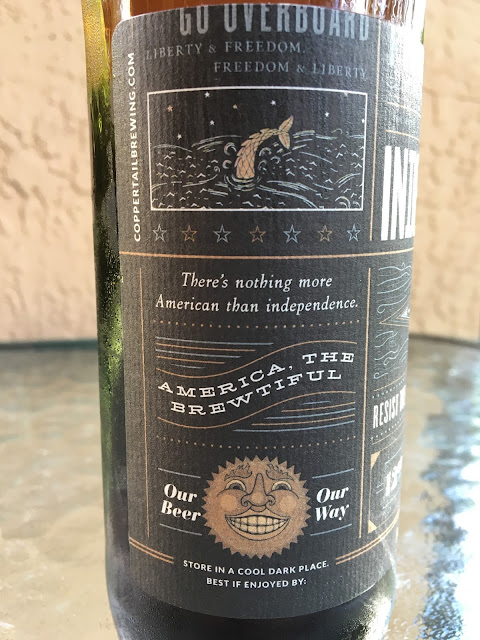