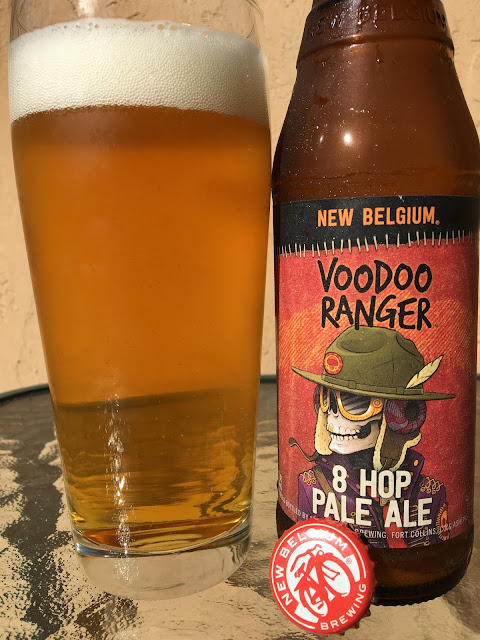 New Belgium recently released their new Voodoo Ranger Series, a set of hoppy beers with an interesting new label and look. I suppose the skeleton in the military garb is the Voodoo Ranger himself! And the particular uniform and sometimes the hat changes for each of the three different beers. 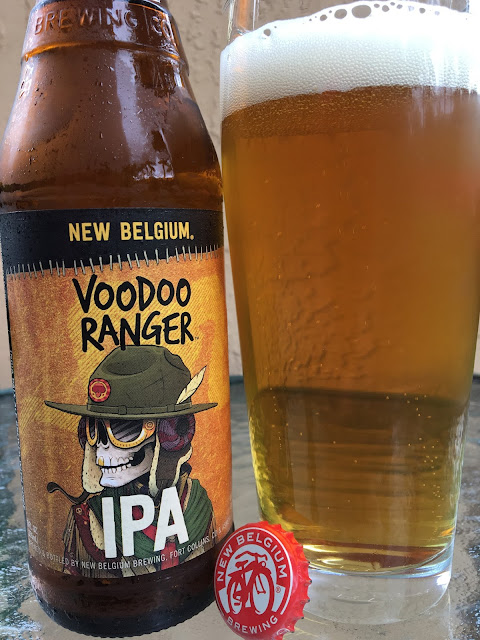 Voodoo Ranger IPA. 7% alcohol. Aroma full of tropical pineapple and mango and a touch of citrus.Very juicy. Tropical fruity mango sweetness to start with a little herbal character. Bitterness follows with some pine and citrus and a nice spicy streak through it. Nice contrast, sweet and juicy with an excellent bitter answer and finish. 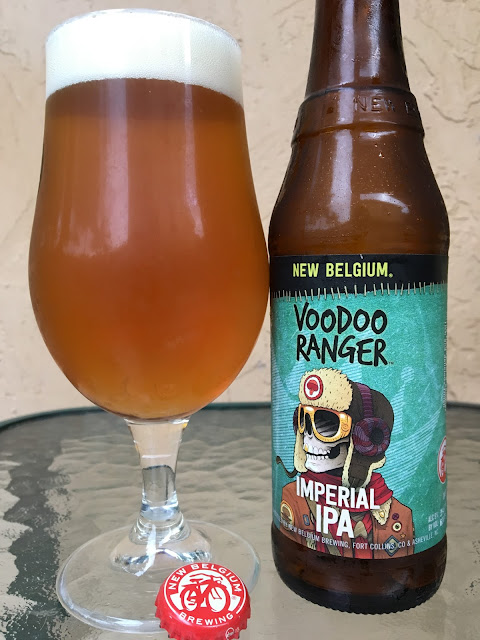 Voodoo Ranger Imperial IPA. 9% alcohol. Nice citrus aroma, though it wasn't jumping out of the glass like the other two. An initial caramel sweetness is hit by a wave of bitterness: pine, citrus, orange rind. Herbal and spicy toward the finish. Pretty rich body though the alcohol tones that down a bit. Not bad.

In the end, I'd say I liked the Pale Ale and IPA about equally and much more than the Imperial IPA. I like the new series and think the artwork is pretty cool (and very different from any of New Belgium's other stuff). Let me know what you think.